Greek tragedy: the failure of the left - Bob Potter

Solidarity pamphlet 29 by Bob Potter from 1968 on the current lack of resistance to the military dictatorship, its historical roots and the previous failures of the Greek left during the civil war, World War II and before.

This is very interesting and should probably be read together with Stinas. Thanks for putting it up.

the text is generally pretty good but there is a small but important inaccuracy: on page 4, the author claims that there was never a "radical libertarian" 'do-it-yourself' tradition in Greek politic ..." which is not true (probably the author did not knew about it), there was an anarchist movement in Patras in the second half of the 19th century (I think, there are some texts on LibCom about the topic) ... and as far as I know, the Federacion socialista laboradera in Salonika 1909-1919 displayed strong syndicalist (and especially internationalist) tendencies

Yes, Stinas has a bit to say about this, unfortunately I think mostly in the first chapter, which hasn't been translated. There is however this reference to anarcho-syndicalists in his account of the founding of the GSEE (the General Confederation of Greek Workers).

Stinas wrote:
Around two hundred delegates took part in the foundation of the GSEE, representing between seventy and eighty thousand workers. Without any serious objection the congress recognised the principle of class struggle, that is to say, the idea that the workers formed a class distinct from that of the capitalists, and opposed to it, and that they would defend their interests in fighting them and not in collaborating with them. The principle that the unions must guard themselves against any bourgeois influence was also accepted by the great majority. This idea implied that the workers had to create their own political party. The recognition of these principles went without saying. It also went without saying what the colour of the flag would be. The first articles of the statutes affirmed that the flag of the union was the red flag of the international working class and that the international red First of May was its official festival.

A little anarcho-syndicalist group around Speras, Koukhtsoglou and Fanourakis strongly opposed themselves to the principle according to which it was necessary “to guard against all bourgeois influence”. They insisted that the union movement must preserve itself not only from bourgeois influence but more generally from all political influence, implying the Socialist and Communist parties as well.

The first Executive Committee of the Confederation comprised eleven members. Amongst them, three, G. Papanikolaou, E. Evangelou and A. Benaroya, belonged to the CPG; two, A. Hatzimikhalis and I. Delazanos, were attached to the Socialist Centre of N. Yannios, and the others, including E. Machairas, who was elected secretary, to the liberal movement.

Inevitably the Executive Committee very quickly split into two tendencies, which each convened their own Second Congress: the majority, around Machairas, in Piraeus, the three from the CPG, in Athens. The great majority of unions took part in the Athens Congress, recognised as the only legitimate one. Very quickly the organisation maintained around Makhairas, the agent of the Venizelists, dissolved.

The Second Congress took place in Athens in September 1920. Only two tendencies confronted each other: the great majority, members and partisans of the CPG, and the little anarcho-syndicalist group of Speras. This Congress recognised the Communist Party as the sole political representative of the working class, and decided on reciprocal representation, that is to say that one representative of each organisation would participate in instances of the other at all levels, central and local. That is, participation of one representative of the Central Committee of the Party in meetings of the Executive Committee of the Confederation, and the other way round, and the same operation in the provinces, this time at the level of the union offices and the regional organisations of the Party.

This created many problems for Evanguelou, Secretary of the GSEE for many years. He was seen as very malicious for turning against the ministers and the bosses. While Rizospastis remained the organ of just the CPG, its attacks against the ministers did not prevent him from discussing with them. From then on, with the newspaper being also that of the GSEE, it would be difficult for him to pretend that the Confederation had nothing to do with its content. One day, Spyridis, Minister for the National Economy, agreed to the demands which he had put to him. But the next day Rizospastis caricatured Spyridis on the front page and violently attacked him. Furious, the Minister asked Evanguelou: “What does this say, is this your way of thanking me?” But, Evanguelou succeeded in convincing him that the Confederation had no responsibility for... that page of the newspaper.

Speras expressed himself in a vehement and opinionated way against reciprocal representation, defending the autonomy of the union movement and insisting on the risks that this real domination exercised by the CPG imposed on the working class. I witnessed this Congress, and the passion with which Speras defended his opinions, his astonishing eloquence and his convincing arguments impressed me more than anything else.

I met him again in prison in 1938, in the transfer section of Piraeus. He was there for a breach of common law. We spoke with emotion of the heroic epoch of the movement. He mentioned his past and spoke, full of enthusiasm and passion, of the action of the anarchists in Spain.

His name can be found on a list of worker cadres murdered by the OPLA. They killed him because he had had differences with the CPG twenty five years before.

Konstantinos Speras: the life and activities of a Greek anarcho-syndicalist

as far as I know, the Federacion socialista laboradera in Salonika 1909-1919 displayed strong syndicalist (and especially internationalist) tendencies

Some background on the Socialist Workers Federation (all links pdf):

This is very interesting and should probably be read together with Stinas. Thanks for putting it up.

Thanks for the link to "Revolutionary defeatists in Greece in World War II
Some introductory texts and selected highlights from:
Memoirs – Sixty Years under the Flag of Socialist Revolution"
By A. stinas 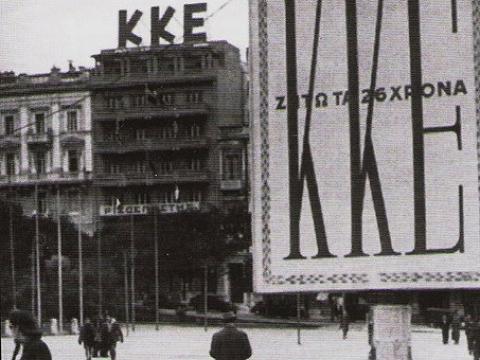 The massacre of the internationalist communists in Greece, December 1944

An account of the killings of internationalist communists, Trotskyists and anarchists by nationalist…
Image 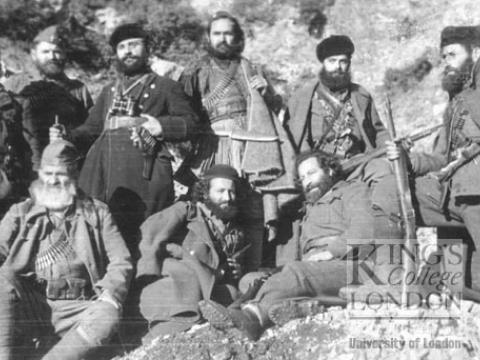 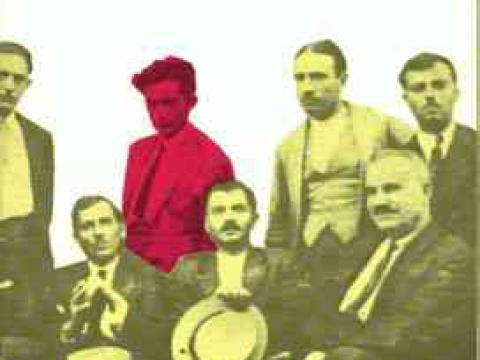 Selections from the memoirs of the Greek socialist Aghis Stinas, focusing on class struggle,…

What is libertarian socialism? An interview with Ken Weller

Interview between Flux magazine and Ken Weller, a member of Solidarity, about the nature of libertarian socialism, conducted in 1995.