An account by Pablo Ruiz of his contact and activity with Jaime Balius in the Spanish Civil War and Friends of Durruti group, written after Balius's death in 1981

As every other New Year, I had directed my accustomed letter to compa-ero Balius, in which I said 'I want you to know that in the middle of February I will have completed 84 years of age, while you follow closely after. This longevity has nothing occult about it; the true revolutionary is not pushed through life by the eagerness to make a fortune, and suffers no anguish over finding places for relief in this society. This interior peace reinforcing all his being, as much material as psychic -- could it be the secret of long life?'

That same day, obliged by responsibility, I went to the Local Committee, where the companeros told me the bad news of his death. Everyone having agreed that I was one of his oldest friends and one of those who knew him best, to make a posthumous and voluntary eulogy for him was something I accepted with satisfaction.

Compa-ero Balius came from a well-off family. Born in Barcelona, when he was young he entered a teachers' college and received his diploma. He then entered the faculty of medicine, seeking to become a doctor, but a paralytic disease he suffered prevented him from completing his studies.

The first steps he took in political and social life consisted of joining the left Catalan Nationalist party. He was always an idealist and for that reason he responded strongly to the atmosphere, the perfume of the Catalan land, with its language, traditions and customs. But this activity ended up being brief. He soon discovered that nationalism represents a class truce and that the laws that direct history have left nations without any importance, making nationalism nothing more than a form of speculation through which professional politicians seek power.

I met Balius in 1932 in the Ateneu Enciclopedic Popular, then located in the calle del Carmen. It was in that year that compa-ero Balius joined the Libertarian Movement, not as a wage worker, since he enjoyed certain material advantages. He carried out his activity in the Iberian Anarchist Federation (FAI) and, as a writer, collaborated on various anarchist periodicals. He was among the editors of Solidaridad Obrera and, during the civil war, editor-in-chief on the daily La Noche of Barcelona.

We formed an FAI group consisting of compa-ero Bruno LladÃ³, from Sabadell, an intelligent, self-taught worker, Balius, Cervera, myself and two others. The group had great influence in the Libertarian Movement. We were in agreement on the point that since our body of ideas was solid, our activity should be based only on the action of the masses, the more the better, through strikes, demonstrations, and protests. Our viewpoint did not prevail. The cruel and astute enemy pushed us to the crossroads, and the ensuing struggle cost the lives of hundreds and thousands of companeros. Let the lessons of the past be remembered in the times to come!

I do homage to a compa-ero, and I do not want to extend the debate on the problems of that epoch, which would be wearisome. the fateful days of July 1936 arrived. The Spanish right, supporters of a senile capitalism, the landlords, the Church, and the army, mostly originated in the Middle Ages. They rose and in a drastic manner tried to finish off the Republic. The Republican regime had no support among the masses, and on its own could not defend itself. In this crucial moment the CNT intervened in Barcelona. The rank and file militants accepted the sacrifice involved in confronting with unequal arms the Fourth Division of the Spanish Army. The miracle happened and the armed forces were defeated.

In every popular movement there is a gesture that symbolises the whole action. For us, this was the fight at the Naval Docks and its barracks. I was there at that historic assault and I can certify that on the field of battle there were no Republicans, socialists or Catalan Nationalists; only militants of the CNT. Without that historic action the rebellious officers would have quickly carried out a victorious military parade across the peninsula. Later political and economic realities made it necessary to remember that fact; those who forget or ignore it are stupid or are out for something.

I felt it was my duty to go to the front, and I joined the Durruti Column, commanding the 4th Group at Gelsa, composed of more than a thousand milicianos. I soon found out that that the antifascist zone was in chaos, produced by the atomisation of the columns, each under a different political banner, without any effectiveness and never uniting in a common front. That was why, when from inside the government they forced us into the 'Popular Army', feeling for various reasons that the remedy was worse than the ailment, I resigned and returned to the rear with 30 comrades.

On the basis of that, and inspired by compa-ero Balius, we founded the Friends of Durruti Group, and went on to set up our printed organ, El Amigo del Pueblo. Through this publication we fought the 'bastard solutions', feeling that we were the authors of an alternative against the fascists, and taking responsibility for being leaders of the revolution and the war, with our new administrative institutions, the Free City, the Autonomous Region, and the Great Iberian Council. In economic affairs, we wanted control by the industrial union federations. For our part we considered participation in the Republican government to be treason. The legal arguments used to justify this participation were trickery. Either way, the results were catastrophic. Our Group, through its criticism, rescued the honour and dignity of the CNT. Also, with our propaganda we prepared the militants for combat against the anti-CNT conspiracy prepared by the Communist Party and other reactionaries, culminating in the May Days of 1937.

During the May Days our strong Group of 400 well-armed militants was who acted best according to the needs of the struggle. We occupied the length of the Ramblas and maintained patrols throughout the city of Barcelona. Our headquarters was in a hotel at the corner of the Ramblas and the calle del Hospital, with a barricade at the intersection. From there compa-ero Balius read a message directed to the European working class, calling for class solidarity. An illusion. The workers of Europe were under the control of capitalist culture, they believed more in the gods of the bourgeoisie than the Social Revolution. They were still locked up in the sheep-pen of social democracy and nothing foolish was to be permitted. After several clashes the enemy, the reaction, was beaten and showed no signs of life, was gone to earth. At that moment a CNT minister, representing the government, gave the 'cease fire!' order. A monumental, a capital error. And pregnant with consequences.

We had to make up our minds in seconds: in the provinces of Tarragona and Castellon there were columns stationed, waiting for the order to march on Barcelona. Compa-ero Balius made a proposal: to organise another column to go out and confront them. We all agreed, and divided ourselves into commissions to consult with the ranks, in the unions and in the street. However, when it came down to it the majority of answers were negative. Had the response been positive, the column would have left Barcelona, would have grown en route, and no few elements from the Aragon front would have joined in. That we would have won nobody doubted, and afterwards we would have marched to Valencia, and then...

We are partisans of no dictatorship, regardless of its political colour. At the same time, we did not want to launch ourselves into an adventure, without counting on the consensus of the rank and file. Heavy-hearted, we returned to our homes.

Many will think the panegyric I offer to Balius is the fruit of an idolatry I feel for him. Nothing of the sort; it is the product of close friendship, of the powerful moments we lived together, fighting with arms in hand, with the spoken word, with the pen.

Notes
Jaime Balius Mir died in France, in December 1980. This text appeared under the title Elogio postumo de Jaime Balius in the publication of the CNT in France, Le Combat Syndicaliste/ Solidaridad Obrera, number 1109, 1981. This translation was printed in The Alarm [San Fransisco] No. 11, February-March 1982. Spelling has been anglicised

This text taken from the Bulletin of the Kate Sharpley Library

Jaime Balius and The Friends of Durruti.pdf (127.8 KB)
Image 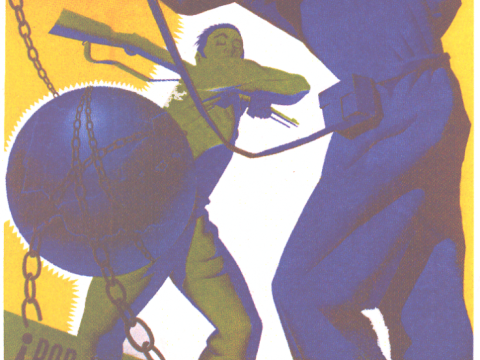 Tom Wetzel's historical article and analysis of the Spanish Civil War and Revolution, and in…
Image

A short biography of Spanish anarchist, civil war fighter and editor of the Friends of Durruti paper, Jaime Balius.
Image 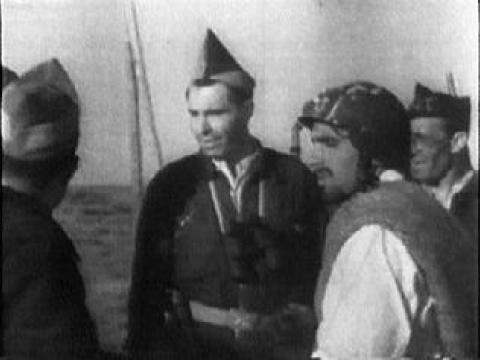