Lecture 4: Chapters 4-6 The Formula of Capital

Lecture 4: Chapters 4-6 The Formula of Capital from Raya Dunavevskaya's Outline of Marx’s Capital Volume I.

“The simple circulation of commodities – selling in order to buy,” writes Marx, “is a means of carrying out a purpose unconnected with circulation, namely, the appropriation of use-values, the satisfaction of wants. The circulation of money as capital is, on the contrary, an end in itself, for the expansion of value takes place only with this constantly renewed movement.” (p. 253)

The formula, M-C-M, is thus the true manifestation of capitalist production. And “the conscious representative” of the movement of money, its possessor, is the capitalists: “His person, or rather his pocket, is the point from which the money starts and to which it returns. The expansion of value, which is the objective basis or main-spring of the circulation M-C-M, becomes his subjective aim, and it is only in so far as the appropriation of ever more and more wealth in the abstract becomes the sole motive of his operations, that he functions as a capitalist, that is, as capital personified and endowed with consciousness and will. Use-values must therefore never be looked upon as the real aim of the capitalist; neither must the profit on any single transaction. The restless never-ending process of profit-making alone is what he aims at.” (p. 254)

Just as Marx emphasizes in the above passage that profit-making is only the capitalist’s subjective reaction to the expansion of value, which is the objective basis of the circulation M-C-M, so Marx also stresses that in the process of production itself it is value which is “the active factor in such a process.” (p. 255) That will be developed at great length by him when we come to the actual process of production.

The general formula of capital, M-C-M, has contradictions inherent in it. What we are faced with here is that, although commodities are sold at their value, yet more value has to be withdrawn from circulation than was thrown into it by Mr. Moneybags. (Note that Marx does not call the possessor of money a capitalist until we reach the process of production where capital is created.) “These,” state Marx “are the conditions of the problem. Hic Rhodus, hic salta!” (269)

In order to meet the conditions of the problem, Mr. Money-bags must be in a situation where he can find in the market a peculiar commodity “whose use value possesses the peculiar property of being a source of value.” (p. 270)

The possessor of money finds in the market just such a commodity. It is called labor power.

“The exchange of commodities itself,” says Marx, “implies no other relations of dependence than those which result from its own nature.” (p. 270-1) Marx does not stop here to explain what are the relations of dependence which do result from its nature because he is still the market analyst and in the market freedom and equality reign supreme. We will have to leave this sphere where “alone rule Freedom, Equality, Property and Bentham,” this “sphere of simple circulation or exchange of commodities which furnishes the ‘Free trader Vulgaris’ with his views and ideas” before we see revealed the real secret of how money begets more money. (280)

(Compare this description of equal commodity owners with cross-reference on p. 681, where the exchange between capital and labor is referred to as a “guise.”)

In this chapter on the buying and selling of labor power Marx explains that the worker, is free in the double sense, that as “a free man he can dispose of his labor power as his own commodity and that, on the other hand, he has no other commodity for sale, is short of everything necessary for the realisation of his labor power.” (pp. 272-3;. cross ref., p. 874)

In the course of this discussion on labor power, Marx demonstrates that, whereas commodities have been produced in other forms of societies, the appearance of capital, or capitalist production, dates from the appearance of labor power itself in the form of a commodity: “The capitalist epoch is therefore characterized by this, that labor-power takes in the eyes of the laborer himself the form of a commodity which is his property; his labor consequently becomes wage labour. On the other hand, it is only from this moment that the produce of labor universally becomes a commodity.” (274, ftn. 4)

Further, “One consequence of the peculiar nature of labor power as a commodity is that its use-value does not, on the conclusion of this contract between buyer and seller, immediately pass into the hands of the former. Its value, like that of every other commodity, is already fixed before it goes into circulation, since a definite quantity of social labor has been spent upon it, but its use-value consists in the subsequent exercise of its force. The alienation of labor power and its actual appropriation by the buyer, its employment as a use-value are separated by an interval of time.” (p. 277)

The students should be well aware of the quintessential importance of the use-value of labor power since only its utilization can answer the problem posed by Marx as to how money begets more money. The sum of values in circulation cannot be augmented by any change in their distribution, and yet we know that Mr. Moneybags must out of money make more money before he can become a full-fledged capitalists How does he do it?

The only distinction between the various commodities exchanged resided in their use-value. Evidently, the use-value Of one out of this multitude of commodities is the source of wealth. Which? How can the capitalist get away with it? There is no law to compel one to use the commodity one bought in full view of all men. The food you buy in the market you consume at home. The use-value of labor-power, too, is consumed not in the market, but there where it can first be put to use – in the factory in this case. Hence, before we can force the secret of profit-making we must leave the market, which Marx calls “the noisy sphere of exchange.”

No cheating, however, has occurred. Like every other commodity, the value of the commodity, labor power, is determined by the socially-necessary labor time required to produce that commodity. In this case it is the means of subsistence, shelter and clothing needed to make the laborer fit to work and to reproduce his kind. The use-value, on the other hand, belongs to him Who paid for the commodity at value:

“The consumption of labor power is completed, as in the case of every other commodity, outside the limits of the market or of the sphere of circulation. Accompanied by Mr. Moneybags and by the possessor of labor power, we. therefore take leave for a time of this noisy sphere, where everything takes place on the surface and in view of all men, and follow them both into the hidden abode of production, on whose threshold there stares us in the face ‘No admittance except on business.’ Here we shall see not only how capital produces, but how capital is produced. We shall at last force the secret of profit making.” (p. 279-80)

“On leaving this sphere of simple circulation or exchange of commodities... we think we can perceive a change in the physiognomy of our dramatis personae. He, who before was the money owner, now strides, in front as capitalist; the possessor of labor-power follows as his labourer. The one with an air of importance, smirking, intent on business; the other, timid and holding back, like one who is bringing his own hide ! to market and has nothing to expect but – a hiding.” (p. 280)

Before the teacher concludes Part II, he should be sure to call the attention of the class to the structure of this part, which is divided into three chapters, the first (Chapter IV) states the thesis: “The General Formula for Capital.” The second (Chapter V) depicts the antithesis: “Contradictions in the General Formula of Capital.” The third (Chapter VI) deals with the open conflict between Mr. Moneybags and the laborer, and is entitled “The Buying and Selling of Labor Power.” Instead of a “synthesis,” there is, in capitalist society, the ever active class struggle.

1. What is the general formula for capital?

2. Is the production of use-values the real aim of the capitalist? What is?

3. What is meant by the following statement: “Value is here the active factor."?

4. Why did Marx entitle Chapter V “Contradictions in the General Formula of Capital"?

5. Disprove the statement that “Commerce adds value to products.”

6. Can the sum of values in circulation be augmented by a change in their distribution?

7. What is wrong with the statement, “Commodities are sold above cost.”

8. What is the peculiar nature of the commodity, labor power? What are the conditions for the existence of this commodity?

11. Labor power is bought, on the market, where is it consumed?

12. How is the value of labor power determined? 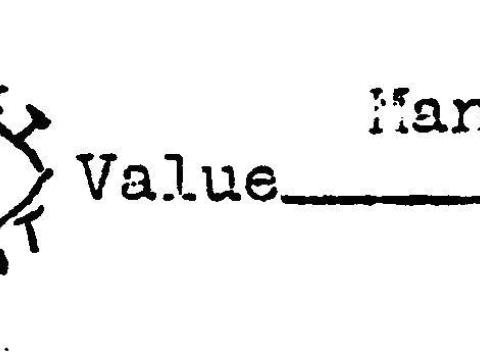 PREFACE: How To Teach CAPITAL

PREFACE How To Teach CAPITAL

Marx's unchaining of the dialectic

Lecture 12: Chapter 25 The Lot of the Working Class

Lecture 12: Chapter 25 The Lot of the Working Class from Raya Dunavevskaya's Outline of Marx’s Capital Volume I.