Lecture 3
Part I, Chapters 2 and 3
Exchange and Money

Marx now deals with “Exchange”: “It is plain that commodities cannot go to market and make exchanges of their own account. We must therefore have recourse to their guardians who are also their owners. They must, therefore, mutually recognise in each other the right of private proprietors. This juridical relation, which thus expresses itself in a contract, whether such contract be part of a developed legal system or not. is a relation between two wills, and is but the reflex of the real economical relation between the two.” (p. 178)

Before analyzing the formula, C-M-C,(commodity, money, commodity) let us observe the all-important concept of “socially-necessary labor time,” in its relationship to the total labor time of a community and as reflected in the market sale. After establishing the fact that the price “is merely the money-name of the quantity of social labor realised in his commodity” (p. 202) Marx proceeds to cite an example where, “without the leave, and behind the back, of our weaver, the old fashioned mode of weaving undergoes a change. The labor time that yesterday was without doubt socially necessary to the production of a yard of linen, ceases to be so today, a fact which the owner of the money is only too eager to prove from the prices quoted by our friend’s competitors...Lastly, suppose that every piece of linen in the market contains no more labor time than is socially necessary. In spite of all this, all these pieces taken as a whole, may have bad superfluous labor time spent on them. If the market cannot stomach the whole quantity at the normal price of two shillings a yard this proves that too great a portion of the total labour of the community has been expended in the form of weaving.” (p. 202)

Furthermore, the formula, C-M-C, expresses two separate acts – C-M and M-C; hence, there is an interval of time between selling the commodity for money and using the money to buy another commodity. If the split between sale and purchase is too great these two antithetical acts may produce a crisis. Marx points out that this money crisis only reflects the deeper, underlying contradiction between use-value and value:

“The antithesis,-use-value and value; the contradictions that private labour is bound to manifest itself as direct social labor, that a particularized concrete kind of labor has to pass for abstract human labour; the contradiction between the personification of objects and the representation of per-eons by things; all these antitheses and contradictions which are immanent in commodities, assert themselves, and develop their modes of motion, in the antithetical phases of the metamorphosis of a commodity.” (p. 209)

Note well the phrase, “the contradiction between the personification of objects and the representation of persons by things.” (The latter part of the phrase is sometimes translated as “the reification of people.”)

In the analysis of the contradictory nature of a commodity – the contradiction between use-value and value – Marx presents us with the basis of analysis of the whole of capitalist production, and hence of capitalist society. That does not , mean that Marx in any way avoids dealing with the question of circulation, but merely that he gives it its properly subordinate place. It is true, in fact, as Marx does not hesitate to stress, that “Circulation sweats money from every pore” and that “the exchange of commodities breaks through all local and personal bounds inseparable from direct barter, and develops the circulation of the products of social labor.” But the essence is that the crisis is inherent in the contradiction ; between use-value and value.

Moreover, money, as Marx shows in the section on money as means of payment, is related to the more fundamental question of class relations: “The class struggles of the ancient world took the form quietly of a contest between debtors and creditors, which in Rome ended in the ruin of plebeian debtors. They were displaced by slaves. In the middle ages the contest ended with the ruin of the feudal debtors, who lost their political power together with the economical basis on which it was established. Nevertheless, the money relation of debtor and creditor that existed at these two periods reflected only the deeper-lying antagonism between the general economical conditions of existence of the classes in quest ion."(233)

We have now completed Part I. The teacher should now test the pupils as to their understanding of the “law of value” as it manifests itself in the market. Let them turn back to page 86 and grapple with the following:

“It requires a fully developed production of commodities before, from the accumulated experience alone, the scientific conviction springs up, that all the different kinds of private labour, which are carried on independently of each other, and yet as spontaneously developed branches of the social division of labour, are continually being reduced to the quantitative proportions in which society requires them. And why? Because in the midst of all the accidental and ever fluctuating exchange-relations between the products, the labour-time socially necessary for their production forcibly asserts itself like an over-riding law of nature.” (p. 168)

1. What is the relation between the act of exchange and the real economic relationship.

2. What is the distinction between money as measure of value and as standard of price?

4. What is the formula for the circulation of commodities?

6. How does the total labor time of society influence the magnitude of value of a single commodity?

7. How is the socially necessary labor time required for the production of commodities related to market requirements?

8. Is a purchase always a sale, and a sale a purchase? When does their “oneness assert itself by producing – a crisis"?

9. How is the total quantity of money circulating during a given period determined? 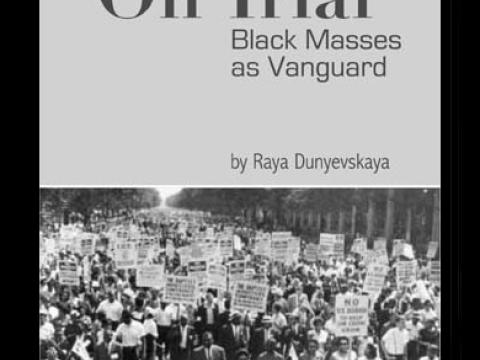 Effort to a discussion between the Communist Left and the Marxist-Humanist internationalists,…