SECTION II THE PHENOMENA OF CAPITALISM: BUYING AND SELLING OF COMMODITIES. Lecture 2: Chapter 1 Use-Value and Value

SECTION II THE PHENOMENA OF CAPITALISM: BUYING AND SELLING OF COMMODITIES. Lecture 2: Chapter 1 Use-Value and Value from Raya Dunavevskaya's Outline of Marx’s Capital Volume I.

“The wealth of those societies in which the capitalist mode of production prevails,” Marx writes at the beginning of the work, “presents itself as an immense accumulation of commodities, its unit being a single commodity. Our investigation must therefore begin with the analysis of a commodity.” (p. 125)

Marx begins his analysis of a commodity with a description of its two-fold nature; use value and value “As values all commodities are only definite masses of congealed labor time.” (p. 130) It is important to note that Marx mentions, but does not here stop to analyze the form of value, which is exchange value. Rather he proceeds directly to the crucial point, which is not the dual form of the commodity, but the dual form of labor.

“I was the first to point out and to examine critically this two-fold nature of the labour contained in commodities,” Marx writes. “As this is the pivot on which a clear comprehension of political economy turns, we must go more into detail.” (p. 132) It is impossible to understand Marxist political economy without a thorough understanding of the pivot on which it revolves.

First, Marx explains the antagonism latent in the two-fold character of labor: “An increase in the quantity of use values is an increase of material wealth. With two coats two men can be clothed, with one coat only one man. Nevertheless, an increased quantity of material wealth may correspond to a simultaneous fall in the magnitude of its value. This antagonistic movement has its origin in the two-fold character of labor.” (p. 136-7)

In order to comprehend this, we must keep clearly in mind this two-fold character: abstract labor creates value and concrete labor creates use values. “On the one hand, all labor is speaking physiologically, an expenditure of human labor power and in its character of identical abstract human labor it creates and forms the value of commodities. On the other hand, all labor is the expenditure of human labor power in a special form and with a definite aim and in this, its character of concrete, useful labor it produces use-values.” (p. 137)

Marx next considers the value forms of a commodity. These four forms are: (1) the elementary or accidental form of value; (2) the total or expanded form; (3) the general form; and (4) the money form.

(The teacher will have to be patient in going over this section where Marx is very dialectical and the concepts are quite complex. The task will be made easier, however, if the historical development is constantly held in view. As for example, the following.)

The first or elementary form – 20 yards of linen equal one coat – shows us not only the theoretical aspect of the development of a commodity but its historic root: “...the elementary value-form is also the primitive form under which a product of labor appears historically as a commodity and the gradual transformation of such products into commodities, proceeds pari passu with the development of the value-form.” (p. 154)

Note how the historical approach is used to explain why such a great thinker as Aristotle could not see that it is the common substance of human labor, which makes such different use-values as beds and houses commensurate in certain proportions:

“There was, however, an important fact which prevented Aristotle from seeing that, to attribute value to commodities, is merely a mode of expressing all labor as equal human labor and consequently as labor of equal quality. Greek society was founded upon slavery and had, therefore, for its natural basis, the inequality of men and their labor powers. The secret of the expression of value, namely, that all kinds of labor are equal and equivalent because and so, far as they are human labor in general cannot be deciphered until the notion of human equality has already acquired the fixity of a popular prejudice.” (p. 151-2)

Before leaving the section dealing with the form of value or exchange value, let us bear in mind what Marx says on page 152: “When at the beginning of this chapter, we said, in common parlance, that a commodity is both a use-value and an exchange value, we were, accurately speaking wrong. A commodity is a use-value or object of utility and a value. It manifests itself as this two-fold thing, that it is, as soon as its value assumes an independent form – viz. – the form of exchange value. It never assumes this form when isolated but only when placed in a value or exchange relation with another commodity of a different kind.”

The Fetishism of Commodities

As important as the concept of value in Chapter I is the concept of the fetishism of commodities. To stamp an object of utility as a value, says Marx, is as much a social product as is language. Whence, indeed, arises the enigmatical character of products of labor so soon as they assume the form of commodities? “Clearly,” answers Marx, “from this form itself.” It is this form which makes “a definite social relation between men” assume “the fantastic form of a relation between things.” (p. 165) This is the fetishism of commodities. (Italics mine F.F)

“Value does not stalk about with a label describing what it is. It is value, rather, that converts every product into a social hieroglyphic.” (p. 167)

“The categories of bourgeois economy... are forms of thought expressing with social validity the conditions and relations of a definite historically determined mode of production, viz., the production of commodities. The whole mystery of commodities, all the magic and necromancy that surrounds the product of labor as long as they take the form of commodities, vanish, therefore, so soon as we come to other forms of production.” (p. 169)

In other societies, where the product of labor did not assume the form of a commodity, social relations were clear; “Compulsory labor is just as properly measured by time, as commodity-producing labour; but every serf knows that what he expends in the service of his lord, is a definite quantity of his own personal labour-power The tithe to be rendered to the priest is more matter of fact than his blessing. No matter, then, what we may think of the parts played by the different classes of people themselves in this society, the social relations between individuals in the performance of their labor, appear at all events as their own mutual personal relations, and are not disguised under the shape of social relations between the products of labor.” (p. 170)

1. What is the two-fold nature of commodities?

2. How is the socially-necessary labor time defined?

3. Explain; “As values, all commodities are only definite masses of congealed labor-time.”

4. What is the two-fold character of labor? Why does Marx call this the pivot of political economy?

5. What is abstract labor? What is concrete labor? Why is there an antagonistic movement between the two?

6. How may an increase in the quantity of use-values nevertheless correspond to a fall in the magnitude of value?

7. What is exchange-value? How does it differ from use-value? From value?

8. State the four manifestations of exchange-value.

9. What is the meaning of the expression “Value of commodities has no form apart from their bodily form"? How is this statement related to the relative form of value?

10. State the three peculiarities of the equivalent form of value.

12. How is it that the elementary value form is also “the primitive form under which a product of labour appears historically as a commodity"?

13. What is the defect in the total or expanded form of value?

15. Does the mystical character of commodities arise from their use-value? Whence does it?

16. Explain: “There it is a definite social relation between men, that assumes, in their eyes the fantastic form of a relation between things.” Is this what Marx calls the “fetishism of commodities"?

17. How does the law of value assert itself? Why?

18. How do the categories of bourgeois economy express the conditions and relations of production?

2. Aristotle’s thinking limited by the Greek society based on slave labor, (p. 151-2)

3. Relationship of elementary form of value to a definite historical period, (p. 153-4)

4. Social relations of men hidden under the fantastic form of relations between things, (p. 164-6)

5. Assertion of law of value in societies unconscious of its operation, (p. 167-8)

6. Relationship of economic categories to mode of production. (p. 169)

7. How compulsory labor appeared under other economic orders. (P. 170)

8. Immature development of men as individuals and the relationship of this to ancient forms of production, (p. 172-3)

9. Relationship of “freely associated men” to planning; failure of political economy to grasp reason why “labour is represented by the value of its product and the labour time by the magnitude of that value.” (p. 173-5)

11. Relationship of Proudhon’s “ideal of justice” to the production of commodities.

Excerpts from Philosophy and Revolution

Review of Living For Chang by Grace Lee Boggs. 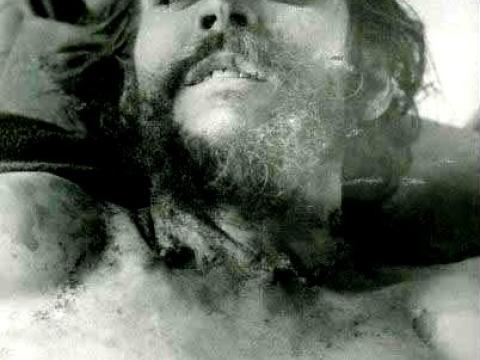