First, we must see how the capitalist character of manufacture paved the way both for machinofacture and for the abolition of the dominion of capital. “This workshop, the product of the division of labor in manufacture, produced in its turn – machines. It is they that sweep away the handicraftsman’s work as the regulating principle of social production. Thus, on the one band, the technical reason for the lifelong annexation of the workman to a detail function is removed. On the other hand, the fetters that this same principle laid on the dominion of capital, fall away.” (p. 490-1)

Next, Marx shows how basic is the state of technology to the whole mode of production and to the production relations: “Technology discloses man’s mode of dealing with Nature, the process of production by which he sustains his life and thereby also lays bare the mode of formation of his social relations.” (p. 493, ftn. 4)

Technological revolutions, then, by “deciding” the mode of production, decide the law of value by making the socially-necessary labor time required for the production of any commodity, a constantly changing quantity. It is this which keeps capitalist production in constant turmoil. Before machinofacture becomes a system of production, the production of machines must have become general since any one invention, sporadically discovered, would have been insufficient to transform manufacture into machinofacture. “In Manufacture the organisation of the social labour-process is purely subjective; it is a combination of detail labourers; in its machinery system, Modern Industry has a productive organism that is purely objective in which the labourer becomes a mere appendage to an already existing material condition of production.” (p. 508)

Previously Marx had demonstrated that in the division of labor even in manufacture “the labourer is brought face to face with the intellectual potencies of the material process of production as the property of another, and as a ruling power.” But it is only in modern industry that science in fact becomes “a productive force distinct from labour."(482)

Marx next considers the relationship of value to the machine; “Machinery, like every other component of constant capital, creates no new value, but yields up its own value to the product that it serves to beget. In so far as the machine has value, and, in consequence, parts with value to the product, it forms an element in the value of the product. Instead of being cheapened, the product is made dearer in proportion to the value of the machine. And it is clear as noon-day that machines and systems of machinery, are incomparably more loaded with value than the implements used in handicrafts and manufacture.” (p. 509)

Technology and the Workman

Value production is in no way separated, of course, from the greatest productive force, the laborer himself. Marx therefore considers painstakingly the effects of machinery on the workman. It is of utmost importance that the teacher stress the indissoluble connection between the value theory and the conditions of the workers. This historical section on the effects of machinery on the employment of women and children, on the prolongation of the working day and intensification of labor, leading up to the factory system is indeed the very heart of the conclusion that “In the handicrafts and manufacture the workman makes use of a tool, in the factory the machine makes use of him.” (p. 548)

Under capitalist domination modern technology has converted the workman into a mere automaton: “Every kind of capitalist production in so far as it is not only a labor-process, but also a process of creating surplus value, has this in common, that it is not the workman that employee the instruments of labor, but the instruments of labor that employ the workman. But it is only in the factory system that this inversion acquires technical and palpable reality. By means of its conversion into an automaton, the instruments of labor confront the laborer, during the labor process, in the shape of capital, of dead labor that dominates, and pumps dry, living labour power. The separation of the intellectual powers of production from the manual labor, and the conversion of these powers into the might of capital over labor is, as we have already shown, finally completed by modern industry erected on the foundation of machinery. The special skill of each individual insignificant factory operative vanishes as an infinitesimal quantity before the science, the gigantic physical forces, and the mass of labor that are embodied in the factory mechanism, and together with that mechanism, constitute the power of the ‘matter’” (p. 548-9) Marx concludes this section by showing the off acts of modern industry upon agriculture.: “Capitalist production, therefore, develops technology, and the combining together of various processes into a social whole, only by sapping the original sources of all wealth – the sell and the labourer.” (p. 638)

1. When capital first subordinates labor, does it immediately change the mode of production?

2. What is the relationship between technology and production relations?

3. How does machinery transfer surplus value to the produce?

6. How does modern industry affect agriculture?

Dialectics: the algebra of revolution 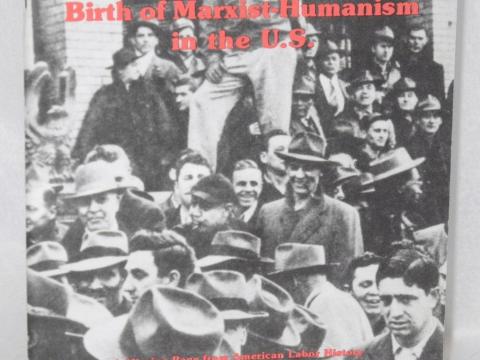 The Coal Miners’ General Strike of 1949-50 and the Birth of Marxist-Humanism in the U.S. 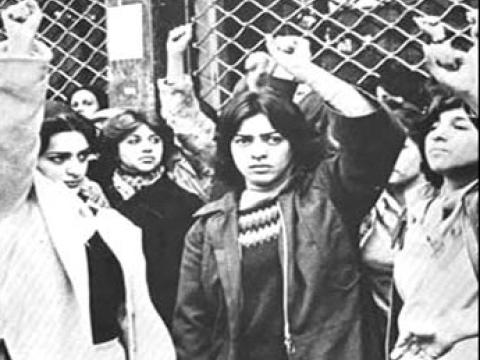 The overthrow of the Shah, and with it the undermining of U.S. imperialism's dominance of the Gulf region, not only opened a dramatic shift in…

Section III THE ESSENCE OF CAPITALISM: A: THE CAPITALIST LABOR PROCESS. Lecture 5: Chapters 7-9