Its not every day that the circus comes to town. When it does and the show is free, its worth checking out. Recently the travelling spectacle of the New Conservatives rolled into Rotorua as part of a nationwide tour by its leaders.

In case you aren’t familiar with them, the NC are the most recent attempt to revive the Christian based populist Right-Wing movement in the political sphere. Their origins lie in the Conservative Party which was founded back in 2011 by multi-millionaire Colin Craig. They have unsuccessfully contested three elections and were getting some coverage in the media and even speculation that the Centre-Right National Party would enter into some kind of coalition with them. Unfortunately for God’s people, Craig got into trouble after admitting he had “acted inappropriately” toward his female press secretary. He eventually resigned and after a lot of further resignations and jockeying for positions, Leighton Baker became leader following a re-branding exercise.

So it was Baker and Deputy Leader Elliot Ikilei who showed up at a small hall, ready to put on a show. The venue was not exactly bursting with attendees. About 30 people, mostly middle aged or elderly and nearly entirely pakeha/European were waiting expectantly.

Baker opened with a short autobiography establishing his credentials as a small businessman who isn’t a professional politician (but now wants to be of course). He then embarked on a lightening speed approach to the various policies the NC have put together (ban 1080 poison, support Israel, oppose government gun control legislation, climate change denial, opposition to immigration and euthanasia, abortion etc). These were delivered with a combination of populist folk-wisdom, non-sequiturs, statistics of unclear origin, personal anecdotes, generalisations and pauses to throw chocolates into the crowd (no, honestly). It was a fairly effective technique. Not because the individual points were particularly convincing in themselves, but the dilemma it presents for anyone with a critical perspective. If you stopped to actually think through in depth about each individual claim presented, you would slow down and miss the next point and the next and so on. On the other hand, if you let it all just wash over you, you end up feeling numb. For the already converted, they probably felt re-assured the Leader had an answer for everything.

Any good double act needs a straight man (as it were) and Deputy Ikilei was on hand to provide a contrast to the laugh-fest Baker had provided. Whether his role as Deputy was chosen with an eye to his ethnicity or not, who knows, but it definitely has advantages for them. He gave a version of their overall philosophical approach that was less nuanced than Baker, stressing as it did that ‘Western Civilisation’ was the only one that can self-correct its own mistakes and is the foundation on which this country is based. This combined with ‘Judeo-Christian Values’ are the things the NCs’ value.

With this rhetoric coming from a Pacific Islander, it permitted the crowd to feel relaxed about their own ‘whiteness’ and some of the coding that his words entailed. It worked for the current Deputy Prime Minister Winston Peters on his way up, "So why not now?", is probably part of the thinking. He spoke passionately about the decline in values since 1974 when the Domestic Purpose Benefit was introduced (in case you weren’t sure when the end times began, folks) and declared in apocalyptic terms that the next election is the most important one in modern history for the opportunity to arrest this slide in morality…”thank you Jesus!”. The crowd loved the passion and it was a nicely constructed contrast between Baker’s attempt to appear relatively reasonable and Ikilei’s successful efforts to emotionally stir the true believers.

The meeting ended with question time followed by an appeal for votes. Though the show was billed as a public meeting, this portion made it clear that it was so only in a very limited sense. True, you didn’t have to be a member to attend and there was no fee charged for entry. However, the audience were not permitted to voice queries directly from the floor. Instead it was expected that texts be sent to a phone and then the leaders would respond to them. This aspect of tight management meant there was no genuine dialogue or faith in the ability of the people there to engage effectively, or risk of getting off message or needing to modify the pre-set position of the party. The one question that this process threw up was the distinction between libertarians and the NC. Not really a difficult one to take on.

As for the call for votes, Baker applied some pyramid selling scheme-style maths. The party has determined that they need 2000 votes in each electorate. Therefore if each attendee speaks to 20 people, viola…success. Likewise, if supporters commit to pledging $20 a week it will help the party get 20% of the votes in 2020. That’s a lot of 20s’, isn’t it? It is a classic technique of politicians of every kind to try and spin and make a virtue out of necessity. Baker seemed almost boastful of the fact they need to take money from ordinary people rather than big business. With the departure of Colin Craig, they don’t really have a choice.

The NCs’ don’t have a hope in hell of getting even one seat in the next election. So it does bring up the question of why bother recording what they are doing? One reason is that its possible to learn how not to do things by watching other political movements. Another is it doesn’t require a huge number of people to affect change and not all of that happens in the arena of formal political office holding. A small determined group of fanatics can cause real damage of varying degrees and nature. Its not too hard to think of examples. Better to monitor them now just in case. So if you have the opportunity to see these people in action, make a point of getting to know who they are. Just remember to use the inside of your head to think and the outside of it to dodge, when the chocolate comes flying!

"...a combination of populist folk-wisdom, non-sequiturs, statistics of unclear origin, personal anecdotes, generalisations and pauses to throw chocolates into the crowd" 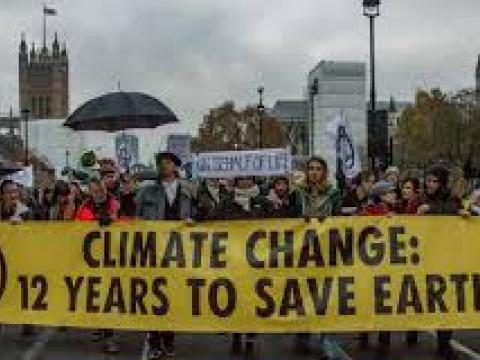 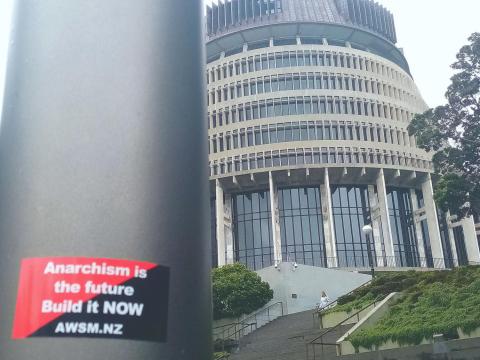 A report on the Climate Strike in Wellington, Aotearoa/New Zealand. 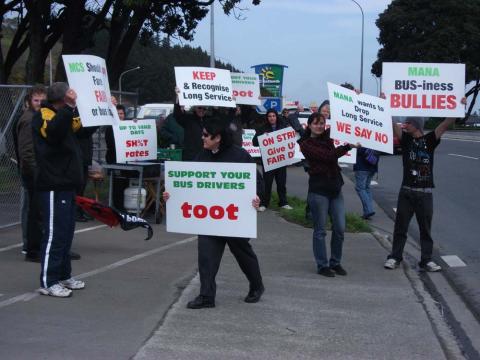