This text is the collective statement of the participants of the 8th Balkan Anarchist Bookfair (BASK) in Mostar which took place at the beginning of September, 2014. It is an important statement in light of recent and seemingly rising apologetics among anarchists and the anti-authoritarian left regarding nationalism.

It is clear that nationalism is a tool used against the exploited classes. In the Balkans, (especially in the region of ex-Yugoslavia) the rise of nationalist ideology in the 1990’s helped enable the brutal capitalist attack against society. It further atomized the population and destroyed established networks of cooperation and solidarity.

The need to confront nationalist ideology from a radical and anti-authoritarian perspective gathered us in Mostar on the 5th and 6th of September 2014, for the 8th Balkan Anarchist Bookfair. We came from Bosnia and Herzegovina, Croatia, Serbia, Slovenia, Albania, Romania, Greece and other countries outside the Balkan area.

The true nature of nationalism is nowhere more obvious then in Mostar, a city divided in two, with the signs of wartime brutality still evident in the streets of the city.

It is essential to realize that this division was not the cause of war, but the consequence of wars and nationalist ideologies created by the ruling class.

Still, in other parts of the world new nationalisms and conflicts are being created on similar lines and with predictable consequences.

Many in the Ukraine today think they have to respond to the false choices of war posed by states and corporations (amongst them are even some anarchists and “anarchists”[1]. We, however, maintain that nationalism is always an ideology that reproduces the State, a system of repression and exploitation, and pits the exploited and oppressed against one another. Today we see in the Ukraine the same mechanism that was used also in the war(s) in former Yugoslavia: Nationalism is the tool of those in power to push people into war for the interests of capital. As anarchists, we opposed all war efforts in former Yugoslavia through solidarity that continues to this day. Far from liberal pacifism or obsessions with left-nationalist guerrilla armies, our struggle will never take the side of militarist politics and the destruction that all states are based on.

Against nationalism, militarism and war! Against all governments and states! For solidarity and autonomy!

[1] From anti-colonial nationalists of “Mlada Bosna” from Sarajevo of 1914 influenced by anarchism, and especially to the case of posers like the “anarcho”-nationalist group “Slobodari” from Sarajevo of 2014, all attempts of combining anarchism with nationalism, have shown that the result is simply: nationalism. “Slobodari”, are a small group from Sarajevo who pose as anarchists but are in contact with Nazis from the Ukraine (the so called autonomous nationalists “Autonomous resistance” ). They have many websites which created a lot of confusion, including a Balkan anarchist black cross website, more on this here:

Translations of this text:

That made my day! Thanks!

Historical footnote:
The title of this Statement ("Preko zidova nacionalizama i rata") is also the title of a pamphlet produced by anarchists across ex-Yu and circulated in Serbia, Croatia, Bosnia and Slovenia (I think) during the war in the 1990s. Not a coincidence, I'm sure!

Nationalism is always an ideology that reproduces the State, a system of repression and exploitation, and pits the exploited and oppressed against one another. 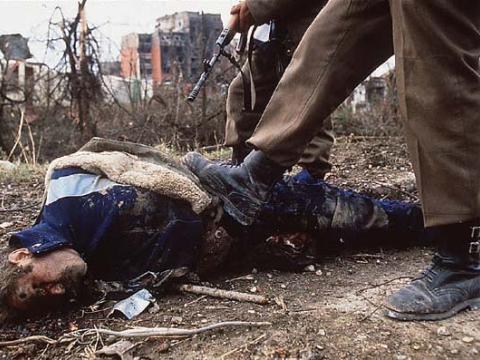 The ICG's analysis of the war in Yugoslavia, with information about the preceding wave of workers…
Image 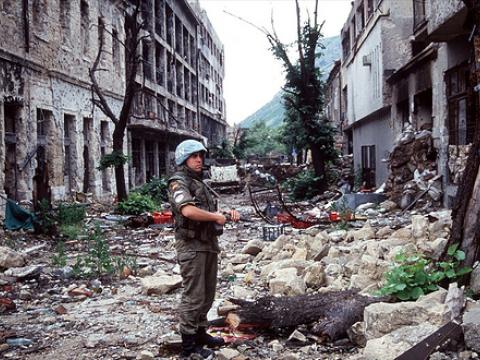 Article looking at the use of 'humanitarian' aid as a way of perpetuating war and reproducing capitalist social relations, as a means of social control, during the Yugoslav wars of the 1990s.

If you want peace, prepare for class war - TPTG

Amidst the NATO bombing of Yugoslavia, TPTG analyse and explain the roots of the conflict and give an account of the original "Balkanisation" of the Balkans.