K. Kouneva, a militant syndicalist of the cleaner's union in Athens was attacked with sulphuric acid and is in intensive care. The attack has led to the occupation of the Electric Railway HQs in Athens and a protest march to the hospital where she lies in coma. On Monday protesters clashed with and routed riot police guarding the company's offices in Piraeus.

On Monday 22 of December Konstantina Kouneva, militant syndicalist, general secretary of the cleaner’s union of Athens (Panattic Union of Cleaners and Domestic Personnel) and active feminist was attacked with vitriolic acid by what she and her comrades claim to be agents of her bosses. Konstantina, who comes from Bulgaria, has been actively campaigning for workers rights in one of the darkest sectors of the greek economy: companies that subhire female and predominantly immigrant, often sans-papiers, cleaners to state and private companies, as permited under a PaSoK (Socialist Party) law of 2001.

Konstantina’s bosses at OIKOMET, the company that provides cleaners to major banks and state magnates like the metro system and the national electricity company, have been known to have direct and close links to the political nepotistic establishment of the country. The company’s owner, Oikonomakis, has been a long term Socialist cadre in Pireaus. According to the Union, Konstantina had been recently receiving a series of threat calls by company thugs in relation to her demand that the Christmas bonus is fully paid to its workers, who had been forced to sign a receipt of payment receiving only half their salary earlier this month. Such threats apparently thickened after she started attending the Assembly of the Occupied General Worker’s Union during the days of the December Uprising. The attack that took place outside her flat in the traditional proletarian neighbourhood of Petralona and sent the syndicalist in coma, has already cost Konstantina one of her eyes, while doctors are struggling to save the other one and her phonetic chords.

In response to the bosses’ attack and the general apathy of the media which have imposed a virtual blackout on the subject, a solidarity demo took place on the 26 of December outside Evangelismos hospital where she is been held in intensive care. During the demo a police car that tried to cross nearby was attacked with rocks by the protesters. Trying to organise more consistent and long-term counterinformation and solidarity action to the syndicalist, an Assembly for Solidarity to K. Kouneva has been formed late this week. On Saturday 27, the Assembly occupied the Headquarters of ISAP, the state-owned Athens-Piraeus Electric Railway Company, which has been hiring Konstantina along with hundreds of other cleaners by OIKOMET. The Assembly hang banners condemning corporate violence and decided to hold a protest march in the centre of Athens on Sunday afternoon. Despite the short-notice and the seasonal holiday, the march was attended by more than 500 people who marched to Evangelismos hospital chanting slogans like “ISAP and the bosses throw vitriolic acid, we shall burn the city down”, “Class hatred, kick and punch the bosses” and “Konstantina you are not alone, bosses pigs murderers”.

On Monday morning (29/12), the Feminist Center of Athens held a demo outside the hospital, while cleaners blockaded the entrance of the OIKOMET offices forcing them to shut down. In the same evening cleaners and solidarity protesters took to the streets of Piraeus, home of the OIKOMET premises. When the protest march reached the offices, the protesters encountered riot policemen guarding the building. In the clash that ensued the riot police forces were routed and were forced to run leaving shields, helmets and even shoes behind.

The text that follows is the pamphlet of the occupied ISAP HQs.

On the 27th of December we occupied the headquarters of ISAP (Athens Piraeus Electric Railway) as a first response to the murderous attack against Konstantina Kuneva on the 23-12-2008. Sulphuric acid was thrown at her face as she was returning home from work.
Konstantina is in the intensive care ward of Evangelismos hospital suffering serious sight and respiratory system problems.

Who was Konstantina? Why was she attacked?

Konstantina is one among the hundreds of female immigrant workers who have been working for years as cleaners. She is general secretary of the Panattic Union of Cleaners and Domestic Personnel. She is a militant union organizer, well known for her stance against various bosses. Just last week she had a clash with the employer company “OIKOMET” when she demanded for herself and the rest of her colleagues to get paid the whole amount of money of her Christmas bonus. She also denounced illegal procedures in payments. Just a short while ago the same company fired her mother in an act of revenge against her and she got herself an unfavourable transfer to Marousi station. There is also a case of a three-part meeting in the Labour Inspection Office still pending on the 5-1-2009 concerning a denouncement of hers. Situations like these are not at all rare in the field of cleaning and employee lending companies. It’s exactly the opposite.
This is the rule when it comes to cleaning company contractors: delayed contracts, stolen wages, stolen overtime payments, differences between contract assets and what the employee actually gets paid, selection of almost exclusively immigrant male and female workers with green card status (legal residency in Greece ranging from 1 to 5 years – in most cases only 1 year) so they can be held in a state of hostageship, social security benefits that are never attributed. All these under the support of the public sector and enterprises which are aware, incite and support working conditions reminiscent of the middle ages.
OIKOMET in particular, a cleaning company with enterprises all over Greece and owned by Nikitas Oikonomakis who is a member of PASOK (Greek Socialist Party), “officially” employs 800 workers – on the other hand, workers say that their number is at least twice as much and during the last 3 years the turnover amounts to 3000). Illegal procedures on the part of the employer company are on the everyday list. To be more specific, employees sign “blank page contracts” and they are never given a copy of them. They work 6 hours a day but get paid for 4,5 (including stamp) because in this way they appear to be working less than 30 hours per week on paper and the boss is not forced to include them in the “higher stamp category”. Employees get terrorized, they get unfavourable transfers, they get fired and blackmailed into resigning voluntarily (a female employee was threatened by her employer into signing her resignation after being held for 4 hours in a space owned by the company). The boss organised a “yellow” (company) union in order to manipulate employees while he fires and hires people as he wishes, ruling out any prospect of communication inside the workplace or collective action.

What is the connection between OIKOMET and ISAP?

OIKOMET has been assigned as a contractor the cleaning of ISAP (as well as the cleaning of other public sector and corporations) because it can “provide” the cheapest deal that includes the highest level of exploitation and devaluation of work. This “regime” of “offer and demand” is based on public sector organisations such as ISAP. ISAP is an accomplice in maintaining this regime of crude exploitation despite repeated denouncements by the union.
The murderous attack against our colleague was an act of revenge and had the intent to serve as an example.
The target was not coincidental. Female, immigrant, militant union organizer, mother of an underage child, she was the most vulnerable for the bosses.
The method was not coincidental. It resembles “dark” ages and aims to “brand”, to serve as an example and terrorize us.
The time chosen was not coincidental. The media, the political parties, the Church, businessmen and union bosses have been trying to ridicule the social movement that has taken the form of an explosion and talk about the cold-blooded murder of 15-year-old Alexandros as the result of a bullet getting redirected. In this pretext, the attack on Konstantina is lost in the everyday news.
This murderous attack on the part of the employers was well-planned.
Konstantina is one of us. Her struggle for DIGNITY and SOLIDARITY is also our struggle.
The attack on Konstantina has left a mark in all our hearts. It has left a mark in our memory as have done the racist pogroms, the concentration camps for immigrants, the attacks by thugs working for the state, the workplace accidents, the people murdered by the state, the working conditions that resemble galleys, the purges, the lay-offs and the terror. All these show the long way ahead for the social and class struggle.
Our hearts are filled with sorrow and rage and one sentence comes to our lips:

MURDERERS, YOUR TIME WILL COME
THE EMPLOYERS TERROR SHALL NOT PASS

In Germany the FAU published an bank account and started to collect some solidarity money for Constantina.
http://www.fau.org/artikel/art_081227-153900

Sincere solidarity and hopes for a speedy recovery for Constantina.May she recieve Justice and the scum who attacked her pay a heavy price for their brutality!An injury to one is an injury to all! Our thoughts are with you Constantina and your comrades in struggle.

SOFIA, December 29 (BTA) - The competent institutions in Greece must conduct an immediate effective investigation to detect and punish the culprits in the case of the Bulgarian Kostadinka Kouneva, who has been splashed with sulphuric acid, Confederation of Independent Trade Unions in Bulgaria (CITUB) President Zhelyazko Hristov insists in an open letter to Greek President Karolos Papoulias and Employment and Social Protection Minister Fani Palli-Petralia. The text of the letter has been provided to BTA by the CITUB Press Centre.

This is the bank account for raising money to help Konstantina in her very difficult condition. 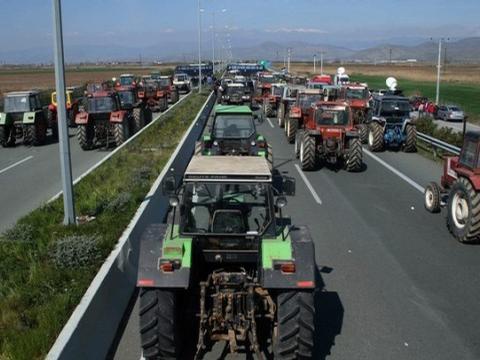 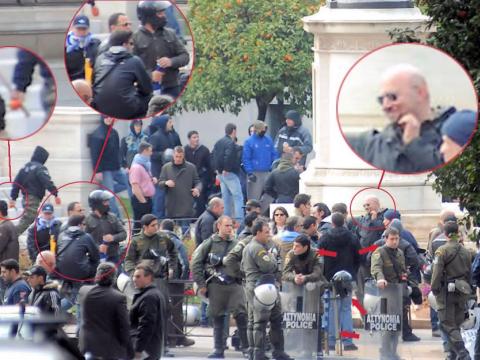