The presidential election, which has hindered our daily lives for the past ten days, is now over, and the counting process has begun. As it was an election that we had nothing to say physically, not figuratively, we never took a stance on the presidential election during the election period, but we believed that once the head of the Republic of Korea was newly decided, it might be polite to at least comment on it. We refreshed the counting results and waited for the end result, in that regard, but really, we do not really care much. We will just roughly think that Yoon Seok-yeol(Lee Jae-myeong) has become the new head of state, and try to write a rough comment on it.

Really, it does not matter to us whether Mr. Lee becomes the head or the house of Yoon becomes the captain. After all, both of them will oppress, repress, and suppress our struggles. The only difference is the means used to suppress them, either through the police, the special forces, the army, the National Intelligence Service, or the prosecution. And we are not acute enough to tell the difference between being beaten with a baton and shot with a water cannon, inspected by the National Intelligence Service and inspected by the prosecution. In the end, no matter what kind of tyranny we face, we can only prepare for the next struggle that will overcome even such tyranny.

However, neither Mr. Yoon nor Lee could be seen as a genuine and direct harm to our struggle. To put it bluntly, they do not even have the guts to become like either Hitler or Mussolini. Both are populists, but they are not even willing to use the power of the masses for direct reactionary riots. They simply convert the masses into votes and divert them to satisfy their lust for power. Again, we are not afraid of this Hitler, who does not start his own Beer Hall Putsch and is preoccupied with gaining power through elections.

Therefore, in this election, we would rather pay attention to the voter turnout. It was an election that close to 80% turnout at one point. It was a presidential election that was called the unprecedentedly unlikable election that will go down in history. And even though it was an election that showed the worst of every candidate in their respective positions, even excluding number 1 and 2, which everyone was talking about, it was still 80% of the people, on this land of Joseon, who chose to elect someone as their ruler among candidates numbered 1 to 13. It is at this point that we desperately realize our own shortcomings. We failed to further show that appointing one of the numerous bourgeoisie as the representative bourgeoisie class cannot break the power structures of modern society, nor that elections cannot bring even the slightest threat to the system itself. We failed to resolutely reject elections which serve to the system. We failed to convince the public to build the best world for all, not merely to choose the lesser evil.

Let us take the result of this presidential election seriously in that we failed to offer an alternative to the public, precisely as the extremely high voter turnout shows. And, let us prepare for an even more intense struggle against those who have become the new head of the state called the Republic of Korea. Let us organize a rebellion against the state and capital, which are always tyrannical in essence, even as the bosses change.

Finally, congratulations on Lee Jae-myung (Yoon Seok-yeol) or Yoon Seok-yeol (Lee Jae-myung) becoming the official lesser evil in the Republic of Korea. We await for you on the scene of struggle against you and your kind.

How tenacious as always...

Our response to the 20th Presidential election by 말랑키즘(Malangchism) 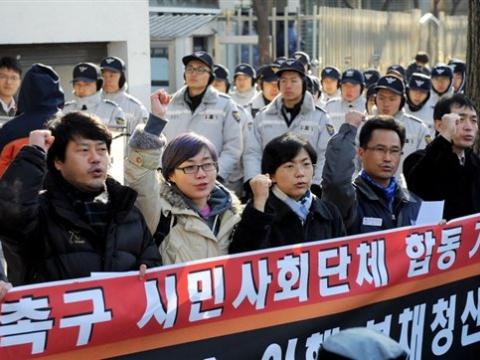 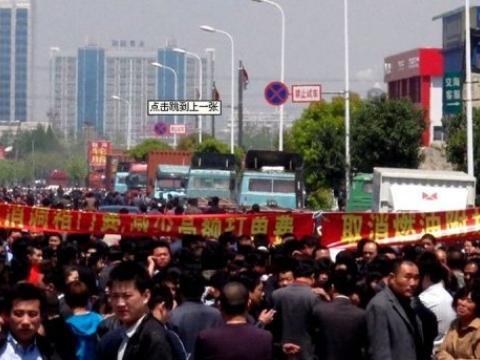 Summary and links to news stories of workers' struggles around !r during April 2011 and related resources. The most important stories appear on…