Review: Rebels Against the Future by Kirkpatrick Sale & Addison Wesley

A review by John Gorman of Kirkpatrick Sale & Addison Wesley's Rebels Against the Future. Originally appeared in the Industrial Worker #1586 (December 1995).

Rebels Against the Future, by Kirkpatrick Sale, Addison Wesley, 1995 $24.

Kirkpatrick Sale is writing, first of all, about the English Luddites of the early 19th century and, secondly, of their successors today. But the title is a bit misleading. Both groups represent not "rebels against the future (emphasis mine)," but rebels against a future; one for which they never voted, and one where their interests were never seriously considered. As Sale puts it, "They (the Luddites) were rebels against the future that was being assigned to them by the new political economy taking hold in Britain, in which... those who controlled capital were able to do almost anything they wished."

With inflation, brought on by a 20-year war with Napoleon, raging, crops failing, wages falling and unions illegal, craftsmen in the heart of England from Manchester to Nottingham to Leeds rose in carefully coordinated assaults on factories and the machines they contained. Faces blackened and armed mostly with their own tools, they struck terror into the hearts of the newly powerful industrial capitalists.

Secrecy and surprise were the Luddite watchwords. Although not every raid succeeded, England was in an uproar from the first attacks in 1811 until the movement petered out in 1815. Many suspected Luddites were arrested, some were hanged, and others transported to penal colonies. The authorities finally succeeded in restoring order only by sending more troops to the heartland than they had sent against Bonaparte in Portugal. But they never succeeded in penetrating the movement, finding its leaders or understanding its structure. Indeed the convolution had no parallel since the mysterious "Great Society" of the 14th had plunged England into turmoil.

The history of the Luddites was, of course, written by the movement's enemies and "Luddite" entered our language as a synonym for a blind opponent of progress. Sale corrects that picture, helping us to understand that these "machine breakers" were not merely trying to keep their own incomes up, but were also fighting against the destruction of a way of life that had sustained them and countless other craftsmen for centuries. The skilled worker who had provided "good gods" at a fair price working at his own pace in his own house was being replaced by the wage slave toiling his life away in horribly unhealthy factories for 12 or more hours a day for a pittance that was his only alternative to starvation. In a few decades, the Industrial Revolution reduced a third of England's population to a destitution that saw 57% of the country;s children dead before the age of five and a laborer's life expectancy reduced to 18 years.

On the practical level, Sale notes, the Luddite movement was a failure. The new machines proliferated, skilled craftsmen were economically destroyed, and Dickensian misery stalked the land. But the Luddites did succeed in raising the "machinery question" which has never gone away - i.e., what is the cost of "progress," and who shall pay it? Ever since the Luddites took up their hammers, blind faith in the "onward and upward" has been tempered by a realism that sees, as Sale says, that "whatever its presumed benefits... industrial technology comes at a price, and, in the contemporary world, that price is ever rising and ever threatening."

While Sale's history is interesting and enlightening, the most useful part of his book for those who want to understand the present comes in the discussion of the neo-Luddites of our own time. Like Ned Ludd's bands, they too are rebelling against a future they never made, one where the cost-benefit ration of technology is heavily weighted in favor of the already rich and powerful with machines that have left 40% of the work force in disposable jobs, devastated the Earth and reduced much of the Third World from poverty to abject misery.

The neo-Luddites reject the myth that any technology is politically and morally neutral, holding that technology that goes beyond the laboratory into the world is the technology that benefits the ruling class. Therefore, the introduction of any technology, the neo-Luddites demand, must be subject to the consent of those who will be most affected by it. If the machines are economically, ecologically or culturally destructive, alternatives must be sought. If none can be found, the old ways continue.

Where Sale becomes uncertain, however, is in his advice on what is to be done to win this veto power. In this sense, he ends where he should begin. Perhaps because most unions have been so slow to recognize this threat, let alone combat it, Sale sees little value in mass action, believing that "the nation state, synergistically intertwined with industrialism, will always come to its defense, making revolt futile and reform ineffectual." Yet many of the instances he cites when the onward rush of "progress" was stopped or diverted, as in France and India, depended on mass protest and mass action, often of the more drastic sort.

Sale seems to prefer a kind of individualized philosophical resistance founded on spiritual traditions of long standing, such as those that have protected the Amish and some Native American tribes from being sucked into a culture of greed. But he does not tell us how the rest of us not so blessed are to acquire the ideological ammunition to fight this war. Books like Sale's are clearly part of that supply, but even the author is far from certain they are enough.

Review of 9 Songs, the ‘dirtiest film ever shown in Britain’.
Image 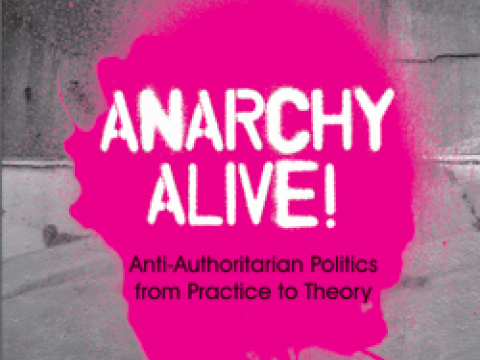 Despite its interesting account of organisational preoccupations among global protesters, Tom…