“ Rybin had enormous energy, and was very well organised and cultured in his work habits”. Piotr Arshinov, History of the Makhnovist Movement.

Piotr Rybin was born in Orel Province. He worked as a metal worker. He took part in the Russian Revolution of 1905-1907. In 1907 he emigrated to the United States and became active in the Union of Russian Workers in the United States and Canada. The UORW was originally specifically anarchist communist but in 1912 moved towards close relations with the IWW. Rybin had a leading role in the Pittsburgh section. He was a leader of the anarchist communist opposition within the UORW that combated the syndicalist orientation ( and so he could not be strictly speaking be described as an anarcho-syndicalist as he is in some accounts of his life). It met at 2106 Forbes Street in Pittsburgh. In 1916 it called a meeting of Pittsburgh branches and voted to publish an anarchist communist paper Vostochnaia Zaria (Eastern Dawn)- two issues produced in 1916- and edited by Rybin with Neiman and Dvigomirov. At this time Rybin worked at a lathe worker and machinist at Westinghouse Electric factory.

In the spring of 1917 he returned to Russia via Japan and Vladivostok and worked in the Shoduar factory and was active in the anarchist and workers movement in Ekaterinoslav. He was a leading light in the anarchist workers group at Shoduar. From July 1917 he was a member of the Union of Metal Workers of Ekaterinoslav. In December 1917, he participated in the All-Ukrainian Conference of Factory Committees and Trade Unions. Following his report the conference adopted the Rybin Plan for the consolidation of industry in the Ukraine and a project to restore and develop the transport system. In spring or summer of 1918 he joined the Red Army and was sent to the Eastern Front. By the beginning of 1919 he was an officer in the 3rd Army and in January 1919, was among the group of anarchists holding responsible positions in the 3rd Army considering a move to the Communist Party. In 1919-1920 on the suggestion of the Bolsheviks he was responsible for economic work in Kharkov in the Metalworkers' Union and other key industry organizations.

In summer 1920, he became convinced of the anti-working class nature of Bolshevism and ceased cooperation with the Bolsheviks, again returning to clear anarchist positions. In October 1920 he arrived in Gulyai Polye and joined the Makhnovist movement and the Gulyai Polye Union of Anarchists. He was shortly elected a member of the Council of Revolutionary Insurgents and carried out cultural activities amongst the local population and among 170 combatants. On the 28th October 1920 as a member of the Council he put through a motion for the establishment of new Makhnovist units.. On 11th November 1920 he was elected Secretary of the Makhnovist Council. At the meeting of the Council on 15th November he insisted - in the interests of anarchist construction - on the need to prepare for an armed defense of the Gulyai Polye area from possible attack by the Red Army. On the 27th of the same month he took part in raids by Makhno against the Reds. In January 1921 with the consent of the Council he went to Kharkov to carry out underground work. On the 26th January he phoned Rakovsky, the Bolshevik supreme leader in the Ukraine, to tell him what he thought of him and the other Bolsheviks responsible for the treacherous attack that had just been carried out against the Makhnovists. As a result he was located and arrested five days later by the Cheka . He was shot a month later .

A Slice of Pittsburgh Anarchist History: The Union of Russian Workers By KZ Spring 2009 Issue of the Steel City Revolt! www.organizepittsburgh.org/scr

Thanks, Nick. "The Tumultuous Last Months of the Anarcho-syndicalist Peter Rybin" by Malcolm Archibald is on the KSL site: http://www.katesharpleylibrary.net/kwh8f8 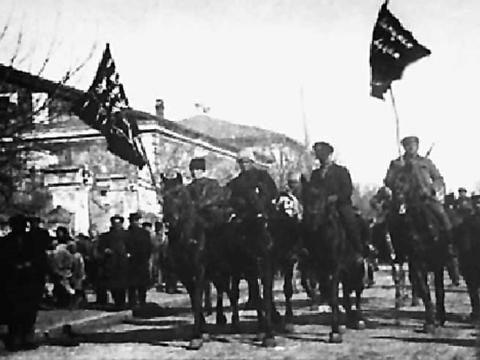 A short biography of Ivan Chuchko, Makhnovist commander hounded by the Soviet authorities for many years. 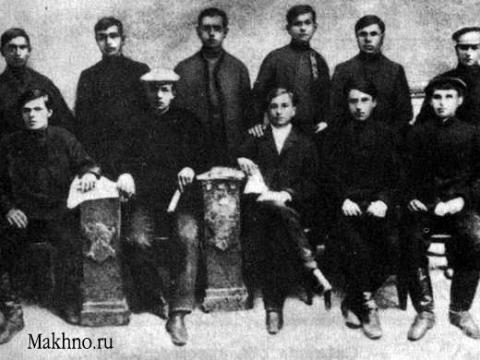 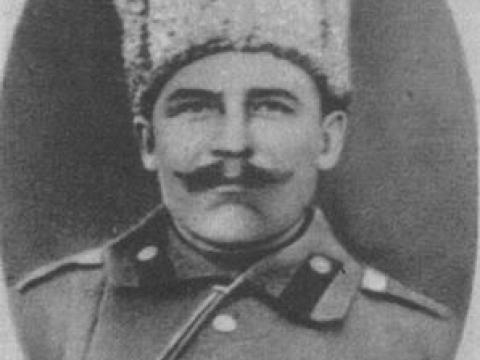