At the end of the 19th century, local authorities started building housing for the poor. Charitable trusts and co-operative societies also built homes for working class people, but councils came to dominate housing in most districts, and particularly in the bigger cities. Though council-housing produced some awful homes, and in the late 60s and early 70s arrogant architects were allowed to inflict their brutal theories on us, most of what was built was better than what went before.

For 18 years the Tories attacked council housing with the divisive right to buy policy, ballots for different landlords, and so on. With the exception of right to buy, these policies failed. Tenants, when faced with the choice of the devil they knew or the devil they didn't, always opted for the council. Right to buy worked because it tapped into tenants' wishes to have more control over their homes as well as appealing to the greedy.

But after 18 years of surviving Tory attacks, council housing is going. As a local housing manager told me recently, ''we survived all the Tory attacks and now we (meaning the Labour Party) are selling them off." Every council which still has it is setting up "'local housing companies" to take over the stock. And for almost every local housing company, there is a tenants' or workers' campaign fighting it. Perhaps the best known transfer was HARCA in Tower Hamlets, where a very narrow majority on the relevant estates voted to transfer out of the council's control, So, what are these local housing companies, and why are they being pushed? Their advocates say they will be able to invest in housing, unlike councils restricted by rules on public sector borrowing, and that this investment will offset any other disadvantages. These disadvantages include changing tenancies from secure to assured, which makes it easier for the new landlord to evict tenants. Rents will rise to pay for the extra borrowing, though the companies say they will be pegged for five years or so (by which time Housing Benefit will have been slashed further and the poorest will be priced out of their homes). As council stock is fragmented, management costs will rise as a proportion, and tenants will get less for their money.

One of the features of all the sell-off ballots is that leaseholders don't get a vote, even though they will be hit by huge bills for the improvements planned. Fair enough, you might think, they made a killing out of the right to buy. But many didn't — lured by the fantasy of borne-ownership —many are stuck in flats that are now totally unsuitable (clue to increase in family size, disability etc) and which they can never sell. Not surprisingly, these people would be likely to vote no, so they don't get one.

So, as anarchists, do we want to be defending control of housing by corrupt and power-hungry local councillors? Clearly no, but we should also be clear why we are against this wave of sell-offs. They do nothing to further tenants' control over their own housing. Nor do they address the real issue -- the fact that there is a huge shortage of affordable homes, particularly acute in inner cities where gentrification is going on.

In Southwark, South London, the council wants to clear three popular riverside estates to make way for the new London Assembly. And while this was going or, the Council's director for economic regeneration (yuppification?) Fred Manson said, "because social housing generates people or low incomes coming in and that generates poor school performances, middle class people stay away." Tenants' groups attacked Manson, saying this was about class-cleansing, and pushing the working class out.

Southwark has huge areas of endless council estates built by admirers of East European Stalinist architecture, but there are also enclaves of the middle classes. Harriet Harman lives there, refusing to send her kids to a local school, preferring to make them travel an hour and a half to a grammar school in Orpington. Manson's comments, though, get it arse about face. Where should poor people live? They've already been socially cleansed from Battersea, Wandsworth and the posher bits of Clapham (or Claa'm as the chinless scum who now live there call it). There just aren't that many choices—live close to your low-paid job, your family and friends, or move to the soulless out-of-town estates.

In Hackney, the council has opted for a piecemeal approach to privatisation, but the effects are already becoming clear. On the Haggerston estate, where tenants recently lost a ballot, the new company has already made changes. Where a tenant misses an appointment for a repair, they are charged a callout fee. Insurance has gone up by £35, and the estate clearers have had their wages cut by at least £1000. Tenants in Tower Hamlets and Lewisham have both recently voted no to sell-off plans, and a crucial vote is coming up in Coventry. Most importantly, tenants need to make sure they are properly informed. Councils spend hundreds of thousands giving their view — it's vital that those opposed get their facts right. There is potential for damage when the WO sends ill-inform-ed students onto estates. Changing from a secure to an assured tenancy that contains the same clauses is really not the big deal that some people have tried to paint it.

It's important for the tenants' movement to win more of these ballots — the Labour Party are considering removing the right to vote because they keep on losing. But it is not just around sell-offs that tenants are being ignored. Workers in Tower Hamlets recently went on strike over plans to introduce a call centre and close local estate offices — after tenants had been surveyed and said no. The strike was strongly supported by tenants' groups in the borough and was partially successful in forcing the council to back down.

What is needed is a co-ordinated, nationwide campaign for proper consultation; legally-binding ballots for all residents on all transfers, demolitions and sell-offs; rents to be pegged and kept within Housing Benefit limits, and councils allowed to borrow to invest in housing. Tenants will generally find willing allies among workers in housing, who are sick of seeing cuts in jobs and services and endless re-organisations just to massage bureaucrats' egos. If you want to help resist the end of council housing, why not get in touch with the Defend Council Housing Campaign, on 071 254 2312.

For almost every local housing company, there is a campaign fighting against it 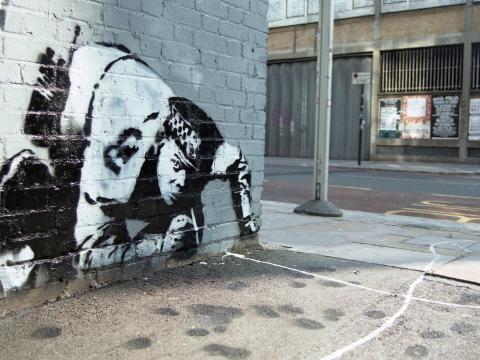 Cleaning Up The Streets For Who? - Black Flag

Prostitutes working on the edge of the city in East London have recently been subject to a concerted campaign of abuse from the police, the local press and vigilantes. Some of the women are as young as thirteen, many are care leavers and work to support drug habits. Police harassment of prostitutes is nothing new, and the women believe that the latest round of arrests were made in revenge for the arrests of local…