Statistical information on socialisation in the Spanish Revolution

Collectivised farm in the Spanish Revolution

Statistics on agrarian and industrial collectivisation in the Spanish Civil War, the numbers of collectives and workers involved.

Adequate statistical information is difficult to obtain, but the following data should give a general idea of the extent of the libertarian revolution on the land and in the cities.

Pierre Broué and Emile Témime state that in Aragon, "under the control of the anarchists, the collectivisation movement embraced more than three-quarters of the land, almost exclusively in communities affiliated to the CNT ." (p. 159)

"Over half the land in the Republican zone was collectivised" according to Augustine Souchy.

José Peirats is more specific on the number of hectares cultivated by the collectives and makes a revealing comparison with the land "legally distributed during the five. years of agrarian reform by the Republican government" - 876,327 hectares - while only "in a few weeks the Revolution expropriated 5,692,202 hectares directly occupied by the peasants…" (Los Anarquistas en la Crisis Politica Espanola, Buenos Aires, 1964, p. 145 - italics SD's).

Michael Seidman on the farming collectives during the Spanish revolution. 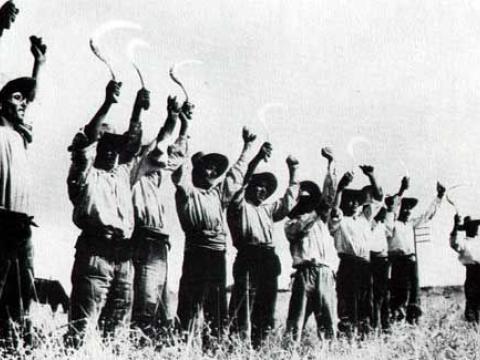 An account of agrarian collectives in Aragon - Augustin Souchy

An account of the workings of rural agricultural collectives in Aragon, revolutionary Spain, 1936-39 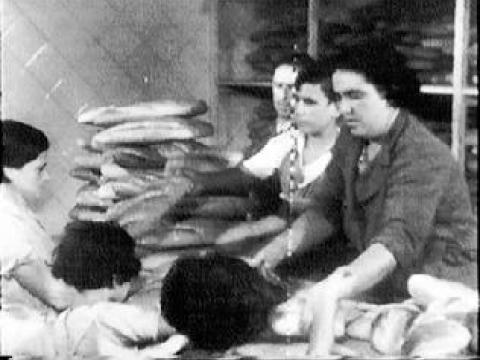 Detailed account of worker-controlled agriculture, industry and public services in revolutionary Spain during the civil war. 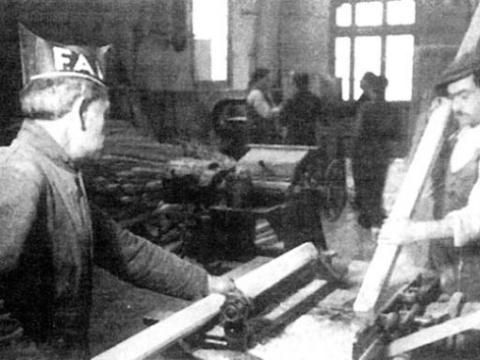