The SAC has called for a 24 hour strike in protest against unemployment laws proposed by the new right-wing government. The strike has been called for November 15th, the day before the Swedish parliament votes on the bill.

SAC member Ronny Stansert said, "all the unions are making different forms of actions, meetings of companies, official notices of protests, threats to allow garbage to pile up outside the seat of the government etc. The most radical action comes from the libertarian union, SAC. Today the SAC has issued a call for general strike for the 15 of November against the proposal... All the workers in the private sector (in the public sector political strikes are prohibited) can legally follow the SAC call."

The Swedish government wants to cut its financial contribution to unemployment funds by 50 per cent, in an effort to offer tax cuts to the better off, a move they claim will stimulate the Swedish economy. 600,000 people received benefits last year. 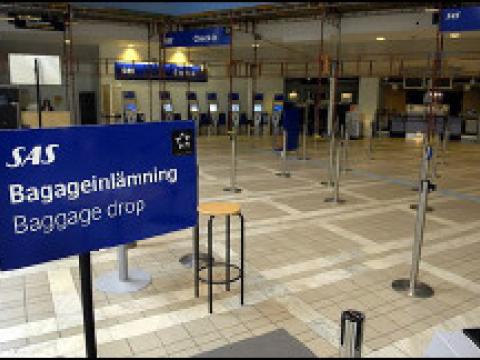 Hundreds of flights were cancelled over the weekend due to a strike of flight attendants at SAS Sweden.

General Strike in France next week?

We've had reports that a general strike against the CPE employment law is being organised for next week.