In November 2017, the Warsaw Tenants’ Association (WSL) initiated a campaign against the high costs of heating. The most eager response came from women tenants in the South Praga district of the city. Many of these women are single mothers who struggle to make ends meet while working at home and for wages in low-paid jobs.

Over 70 percent of public tenements in Warsaw have no central heating. So around 50,000 families must use the most expensive method of heating: electricity. Unable to afford the cost of rent, the cost of heating and the cost of basic necessities like food, many tenants must choose among these and take out loans.

In November 2017, the Warsaw Tenants’ Association (WSL) initiated a campaign against the high costs of heating. The most eager response came from women tenants in the South Praga district of the city. Many of these women are single mothers who struggle to make ends meet while working at home and for wages in low-paid jobs.

Over the past months, these women have put great effort into organizing protests in their district, hanging banners on their buildings, and distributing flyers to neighbors. As a result of their campaign, the city government was forced to relegate funding from the central budget to local districts for hooking up public tenements to central heating.

This short film documents one of the first gains of the struggle against the high costs of heating – a special council session of the South Praga district authorities on this problem.The authorities were unable to break down this collective struggle into individual problems.

WSL demands that all public tenements get connected to central heating. Until this is done, the city must 1) cease collecting rent from tenants living in public housing without central heating, 2) subsidize their electricity bills, 3) cancel their rent debts, and 4) stop evictions.

Hi. I support the protests of tenants to get heat and was at the session shown in the film. There are several mistakes though in this article.

Right now, 24% of public housing flats in Warsaw are not hooked up to central heating. So this effects about 20,000 people. Bad enough. The situation is worse in the Praga districts (north and south) because there are a lot of pre-war buildings there. Some time ago the statistics were that in Praga 70% of the flats had no central heating, and that was true. There has been plans though over the last decade to hook flats up to central heating and actually, in this time, more than 4000 flats were hooked up. The problem is that this is a very small portiion of the need. Another problem is that the work, which is decided in stages, is not always completed on time. For example, the first plan I know of (for the time I have been involved) was the 2008-2012 plan, which planned about 100 buildings in Praga, but not all were completed. Still, during the 2008-2012 and 2013-2017 plans, some buildings received central heating and thus the percentage without is somewhat lower than 70 percent. It was about 2000 flats connected in Praga-Targowek in the first stage.

Then iat the beginning of 2016 the city announced plans for so-called "revitalization", which is something we are carefully monitoring. (There are a lot of problems in it we were active in fighting.) So, actually in this stage, the city is still realizing the plans from 2016. These are only a small part of the needs. But I point out that these plans were laid out in 2015, when it had to be approved by the city council and budgeted. Because it is not the local neighbourhood council that budgets it, but the city council. I have usually been at meetings at this stage, in the relevant commissions that discuss and make budget recommendations and i was also at these meetings in November and December of 2017, when the budget for housing matters was being discussed.

So, unfortunately, the news that this campaign forced the government to relegate funding to the local budgets for this isn't correct. I am no fan at all of the politicians in that district, but one thing that they told the tenants was true: this money comes from the city budget. (There is additional co-financing on some of the revitalization projects, including the connection to central heating.)

Although I support the demands 100% and the protests, some mistake was made to start this just before the voting of the budget and not during the earlier phases, because the tenants protested at the city council, but the budget was already set. The political parties set their votes on the basis of the recommendations of the commissions who set the budget. I am very sure how that procedure looks and what was discussed because I was there. We were there lobbying for more money for two segments of public housing in general. We've been talking about raising the standard of public housing, including making necessary repairs, since 2009, but they adopted the schedule they adopted. We very loudly criticized these plans, since the city always announces them in positive terms (we are connecting X amount of houses this year!). We wrote these criticisms, among other things, in the criticism of the Housing 2030 plans. Actually, there is already a lose projection of how many houses should be hooked up by 2030, and it is not all.

Another organization has lobbied parliamentarians to put in a draft bill which would allow extra subsidies to the tenants in such a situation.

I live in one of the "crisis areas" which have been designated. These areas don't relate to the whole neighbourhoods, but to some areas with a large amount of old buildings. So in the crisis area of South Praga, only somewhat more than 20% of the buildings have central heating. In my neighbourhood, North Praga, our crisis area has about 11%. Also a nearby area, Targowek, has a very low level, less than S. Praga.

In S. Praga, about 18% of all municipal housings buildings are in this "crisis area" - and 90% of those buildings were built before the war. It's about 6000 people. As I mentioned, around 80% of these buildings don't have central heating, so it is a huge problem.

In N. Praga, 91.5% of the buildings in the crisis area are pre-war, and usually older than in S. Praga.

In any case, we can see what the exact addresses are for getting central heating by 2022 are, since it was already decided and we can see the plans (in terms of numbers) until 2030. It isn't sufficient. So of course tenants should be rioting to get more money allocated to public housing.

But then the question is, if the building gets put under the "rewitaliztion plans", will the same tenants get to live there after the central heating is installed. Because in some places they are moving out tenants during this process and some even lose their tenancy. We've been fighting against this, and even yesterday won somethings for tenants whose house will be revitalized. Unfrotunately some of their former neighbours did not want to fight and they wound up being resettled to houses - without central heating. So unfortunately, you can't fight for just one topic because they may decide to install heating, but then you can lose your flat in the process and wind up in a place without central heating again.

Re: "There are several mistakes though in this article. Right now, 24% of public housing flats in Warsaw are not hooked up to central heating. So this effects about 20,000 people".

I'm afraid you're wrong. In the article WSL used official data - when writing about 70% tenamens without central heating system we referred to public buildings, i.e. the ones that are managed by the municipalities (exclding shared ownership, where rich companies press the minor public co-owners to contribute in heating investments). Generally it's 16 thousand apartments = circa 50 thousand people, as written in the article.

Concentrating on publicly managed buildings is important for us running this campaign, as then one can see the real scale of disinvestment in public housing: in the last decade buildings run by the municipalities have been hooked up with the speed of less than 1% per year.

Re: "Although I support the demands 100% and the protests, some mistake was made to start this just before the voting of the budget and not during the earlier phases, because the tenants protested at the city council, but the budget was already set. The political parties set their votes on the basis of the recommendations of the commissions who set the budget."

Basically, we did not concentrate on one-two protests but a permanent campaign. Knowing exactly the calendar, we started pressing the municipalities months before the budget session (if you read Polish you can find some critical reports of housing program projects, etc), not to mention that we had three public protests preceding the budget session. It was quite effective as we obtained what we wanted - municipalities secured the money and since then they never used the argument 'we got no funds' when answering to our struggle. In effect, after 6 months of the campaign we managed to nearly double the number of heating investments in public tenaments in our district. Organized Praga tenants also managed to have their rents lowered in the whole district (10 percent, not much but it's the first rent decrease since 1989 transition).

Together we'll make the authorities pay the bill! 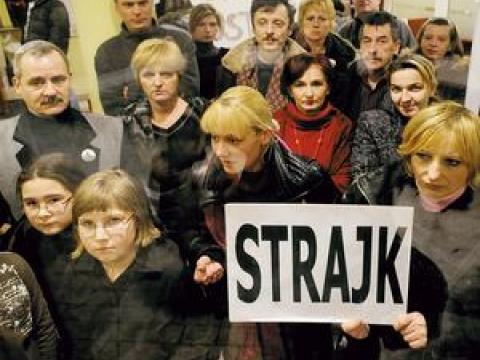 Tenants in Poland are celebrating the first successful grassroots campaign to prevent the sell-off of publicly owned housing.
Image 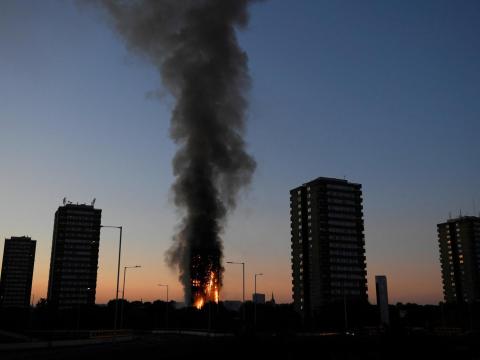 There is an ever-growing stream of media commentary on the Grenfell fire, increasing daily as the public enquiry unfolds. There are some elements…

Currently there are many labour conflicts in Poland, including various forms of strikes and protest. Almost 20 years after Poland's transition to a market economy, labour unrest is still strongest in the budget sector and in state-owned companies.
Image 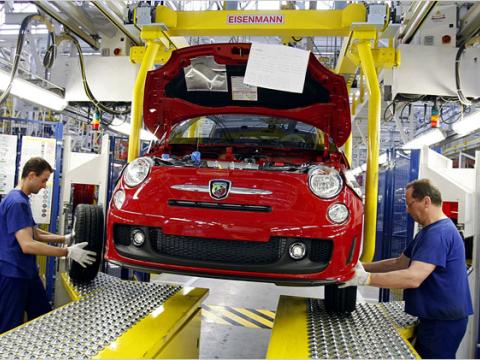 The following is a letter sent from an underground group of workers in Fiat Poland in Tychy.