Tension rises again in Greece with protest marches and occupations of public buildings against repression, as well as 48 doctor strike which sees new methods of struggle like occupying hospital cashiers.

In a week thick with solidarity actions to the arrested insurgents of the December uprising in Greece, the posh newly opened Municipal Cultural Centre at Touba, Thessaloniki, has been occupied by local radicals, announcing a programme of public discussions on the insurgency and its repression, as well as screenings on labour struggles since the collapse of the junta. A few days before a large protest march in the centre of the city in solidarity to the arrested insurgents had escalated in serious clashes when the protesters attacked the central police station of Greece’s second biggest city. Barricades were erected in the main boulevard and the riot police made extended use of tear gas. A similar protest march in Athens on Saturday 14/2 ended peacefully.

The renewed tension comes at a time of generalised social upheaval on labour issues which this week saw a 48 hour strike of hospital doctors leaving the country’s health system on the brink of collapse. The doctors demand the implementation of their legal working shifts and have refused to work a single extra shift arguing that the greek NHS should rather employ more doctors rather than overexploiting the existing ones. During the strike a group of doctors occupied the cashier office of AHEPA, Salonica’s main hospital, thus allowing all patients to free care. The doctors’ initiative called “workers in the health industry” condemned police interference in the treatment of injured insurgents during the December uprising, and urged that hospitals accept immigrants and non-insured patients for free, an end to the commodification of health-care, and for a “society with no bosses and slaves”. A similar action had taken place in one of Athens’ central hospital ten days before.

The social tension has been further fueled by a chain-bomb campaign against leading members of the legal establishment of the country by the underground group "Fire-Cells Conspiracy". The attacks that hit amongst other things the home of the leading antiterrorist persecutor have caused extended material damage but no human injuries, causing great concern to the authorities and mixed feelings amongst radicals and the general population. The attacks come two weeks after another new group called "Revolutionary Faction" attacked the police department near the central Athens prisons in Koridallos with Scorpion automatic weapons, causing no human injuries. Both groups have announced the beginning of a new generation of armed struggle, five years after the arrest and dismantlement of the notorious Marxist-Leninist urban guerrilla group "17 November". 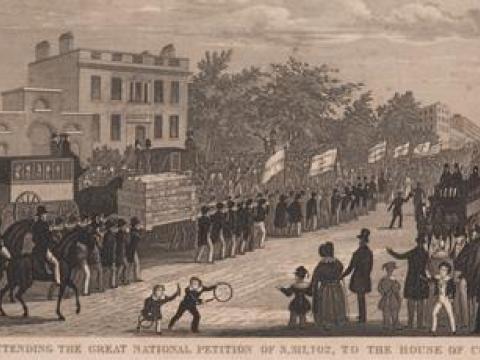 An account of the growth of the Working Class movement in England and the United Kingdom, from the middle ages to the 1890's.
Image 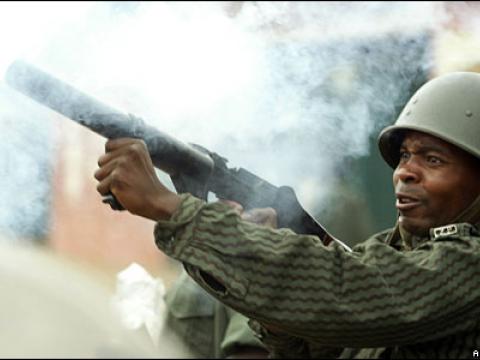