On 5 March 1998 the Italian police arrested 3 anarchists on serious charges of “subversive association for the purpose of constituting an armed gang”. They were accused of various actions linked to the popular struggle against the construction of the high speed railway through the Val di Susa in Piemonte. Now only one of the 3 arrested anarchists remains alive.

Edoardo Massari, a 38 year old anarchist from Ivrea, died in the Vallette prison in Turin on 28 March 1998. The authorities said he hanged himself with a bed sheet.

Maria Soledad Rosas, a 22 year old Argentinean hanged herself on 11 July. At the time she was under house arrest.

Silvano Pelissero, the third prisoner, went on a hunger strike before being transferred from prison in Novara to house arrest on 22 July.

The anarchist and grass roots opposition movements have reacted to the deaths angrily and forcefully. There was a several thousand strong demonstration in Turin on 4 April and a street blockade following Maria’s death. On 18 July there was a picket of Novara prison demanding the release of Silvano.

The charges against the three anarchists were not based on hard evidence. A much-publicised “arsenal” supposedly found in their home has never been shown in public. Along with the charge of “subversive association” the charges included accusations of actions against the building works for the rail link, the town hall in Caprie and the building site for a new court in Turin. The high speed rail project is opposed by all in the area.

The arrests of the three on 5 March were accompanied by police raids on two self-managed social centres in Turin. These resulted in street protests in Turin and the press responded with a campaign against anarchists, squatters and the social centres.

All of this is in the context of a major assault both on autonomous social centres elsewhere in Italy and a series of attempts to frame up militant anarchists with charges of “subversive association”.

Following Edoardo’s death on 28 March demonstrators came to Turin from all over Italy for a demonstration on 4 April. Anarchists, autonomists and people from the social centres participated in a demonstration 5-8000 strong. As the march came to the prison and court house there were scuffles with the police and stones were thrown.

In reaction to Maria’s death over 100 protesters gathered in the centre of Turin on 12 July, and blocked the road with a barricade of furniture wood and mattresses. A barrage of Smoke bombs and flares transformed the scene while paint sprayed messages appeared on the walls. The anarchist radio station Radio Blackout, silent for the day before, broadcast the action declaring “this is the first reaction to the death of Soledad”.

Caught unawares by the action the police were slow to react and only after half an hour had the numbers to charge the demonstrators. At this point the barricade went up in flames and the demonstrators disappeared in the smoke with no arrests.

On 28 July, in a customary display of solidarity, anarchists in Athens, Greece, burnt out two cars at the Italian embassy. An hour later 8 more cars at showrooms of Fiat and Alfa Romeo were burnt out. A message to the Greek paper Eleftherotypia stated that the attacks were “a demonstration of international solidarity for the murdered anarchists Edoardo Massari and Maria Soledad Rosas in a context of persecution and terror that the Italian state has recently launched against anarchists. Our common struggle against the state and authority knows no frontiers....Freedom for the imprisoned Italian anarchists.”

In London 20 people had picketed the Italian Tourist Office on June 19 in solidarity with all anarchists suffering state repression in Italy.

An anarchist from Carrara wrote in the anarchist weekly Umanita Nova: “Edoardo proclaimed himself an anarchist, he was active in the struggle against the high speed railway: this movement was an obstacle to the restructuring process which has as its results the destruction of the environment of the area, the sackings of thousands of workers, the super-exploitation of the railway workers, to benefit a clique of businessmen and speculators.

To protect the right to exploitation the government forbade the right to strike to the railway workers. The scumbags of the state criminalise the most combative sections of the movement against the high speed train.

Edoardo is a victim of the reaction of the institutions to popular opposition, he is a testimony to the struggle for the defence of the region and to the right to oppose those in power.”

The Turin Anarchist Federation said, “We know that everyone will talk about suicide. We prefer to call things by their right name. Suicide in prison is murder, a murder for which responsibility surely cannot be avoided by those who, like the magistrate, decided that Edoardo Massari should stay in a cell by himself and therefore, in substance, in isolation. Our concept of anarchism was certainly different form that of Edoardo, nevertheless his memory and his extreme choice of freedom will be spurs in the daily struggle of the exploited and oppressed for a society without the state and without prisons. The new world that every anarchist carries in their heart cannot ever be suffocated by the walls of a prison cell.”

At the beginning of August politicians and prosecutors received a number of letter bombs. The first was to a prosecutor, Maurizio Laudi and was defused. A journalist who had given evidence against Massari in 1993 and had been beaten up at his funeral also received one and was hospitalised for six weeks: the only casualty. Three more were sent to politicians from the green party and the Communist Refoundation. The fascist Alleanza Nazionale are calling for the closure of 12 social centres as a response. As unemployed protests in Naples and elsewhere in the South intensify the state is faced with the prospect of a hot September.

Suicide in prison is murder, a murder for which responsibility surely cannot be avoided by those who, like the magistrate, decided that Edoardo Massari should stay in a cell by himself and therefore, in substance, in isolation. 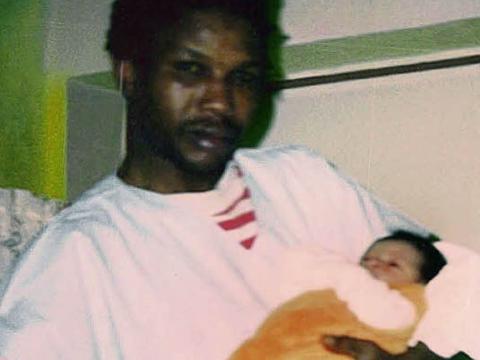 New evidence suggests refugee death in custody was not a suicide

Fresh evidence in the case of Oury Jalloh, a Sierra Leonean refugee who burnt to death in police… 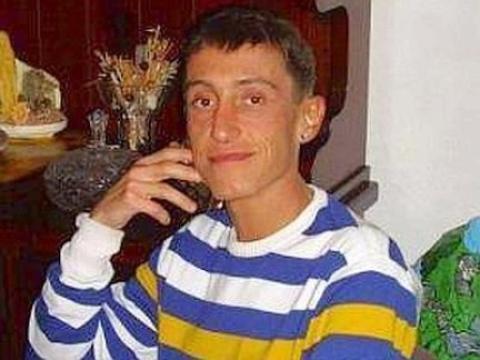 On June 5th, after four years, sentencing in the Cucchi case has finally taken place. The court gave…