Student protests literally exploded all over Italy to block the approval of the new infamous Gelmini reform, which aims at privatising the university and turning it into a profit-making machine. Thousands and thousands of students have held demonstrations all over the peninsula and occupied university buildings.

In Rome protests were held in front of the Senate and students tried to break into the building. Another group of hundreds of people broke into the Colosseum and hung a banner saying “No profit on our future“. In the ancient Roman monument that was originally used for gladiatorial contests involving predatory animals, the students sang “Today we are the lions!”.

In Pisa the students targeted the train station and the airport, as you can see on this energising video. A group of a dozen of people also managed to breach security at the Leaning Tower and flew a massive banner from the top which said “No to the reform. General strike”.

Similarly, students occupied the port in Palermo, the Mole Antonelliana in Turin, the Ministry of Treasure in Milan, the Basilica of San Marco in Venice, and so on. The government’s response has been the same we all already know: charges, violence and arrests. This hasn’t stopped the protests though…

The key points of the Gelmini reform:

Grants and scholarships won’t be granted anymore according to the student’s family income, but merely on a “merit” basis, which is something completely new to the Italian education system. If you’re poor and you’re bad at school, get a job in a call centre and don’t even try to go to university! Another major criteria will be the university career students choose: students who pick practical subjects that create useful workforce (e.g. Engineering) will be much more likely to get a scholarship than students who would like to study Philosophy or History. In addition, loans will be introduced on the model of British and American universities. Students will be in debt before even graduating.

Postgradute researchers, already symbol of precarious work in Italy, will be hit even harder: the reform states that any researcher who hasn’t got a permanent contract after 6 years of working can and should be sacked by the same university who has been exploiting them…just like saying “If hunger is the problem, let’s get rid of the hungry!”.

P.S. Thanks to the brilliant website Atenei in rivolta for info and resources.

In Pisa the students targeted the train station and the airport, as you can see on this energising video.

I need a bit of energy - any chance of a link to the video?

Sorry but I didn't know how to make all the links work on this page...if you check out the original article posted on my blog it's got various links to videos: http://italycalling.wordpress.com/2010/11/26/today-we-are-the-lions-student-protests-in-italy/

Al Jazeera report on the protests 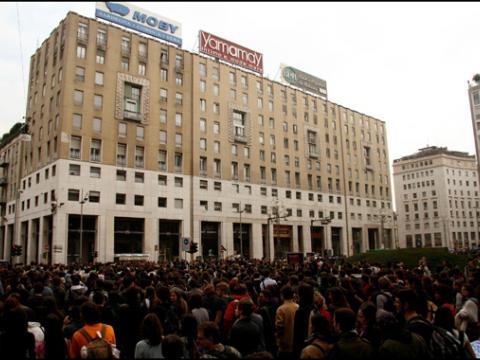 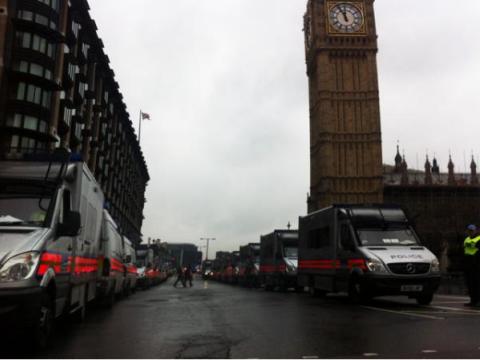 Collection of photos from protests around the UK against proposed education cuts.
Image 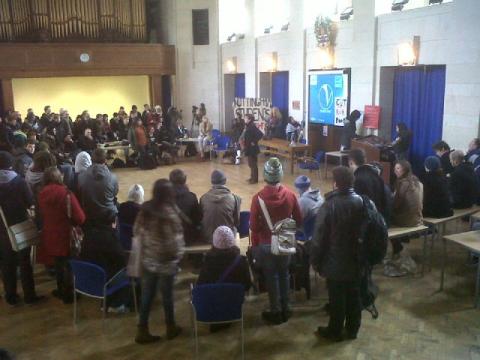 After another successful day of action yesterday, we look at what lies next for the growing movement against the UK government's austerity…
Image