A report from the Amicus union on the recent strike of Fujitsu workers in Manchester, dated December 1st.

Talks through ACAS always start slowly, as the mediator listens to each side separately to understand the points of view, before any real movement begins. It normally takes time for momentum to build up as negotiators tend to avoid offering major concessions early in talks.

There has been a little movement, but the most thorny issues remain unresolved so far. Members can be rightly proud that any progress has been made, especially when compared to the meeting before members began industrial action. Before the strike, company representatives not only had nothing new to say, but purported not to know what the dispute was about!

The second day of talks will now take place on Monday 11th December, which is a better date for those involved.

The details of the EGM are still to be confirmed, but it is most likely to be on the afternoon of Wednesday 13th December, in MAN33-1-E. Please pencil this in your diary now.

Thanks to everyone who took part in Wednesday’s “wear something red” day. This was a visible way to show we want better pay and fair treatment on redundancy, redeployment and union recognition - it was also successful in involving a significant number of non-members. After all, we all want the same things. Why not ask them to join too?

We plan to hold a further “wear something red” day on the day of the EGM, to build on the success of the first one. Given the time of year, perhaps we’ll see a few Santa-hats as well as the lanyards, ties, shirts and skirts. Whether Fujitsu are being Santa or Scrooge should be clearer by then.

Everyone arriving at the EGM wearing something red will receive a mince pie.

The last of the cheques for expenses from the 20th November strike day are being sent out now. A number of people have indicated that they want to donate the money rather than claim it. If you’ve torn up your cheque, please let us know so that our accounts add up.

Stop the Victimisation of Union Reps
Many members at the meeting on 20th November were encouraged by the message of support from Chris Riley, a GMB union rep involved in the recent dispute at JJB Sports in Wigan. Members there won an impressive victory over pay, which amounted to an increase of around 20% for the lowest paid.

The company has now sacked Chris, and is also bringing charges against the convenor (senior rep). This is an attack on their effective and increasingly successful union organisation, not just the individuals.

GMB have responded strongly, threatening industrial action in defence of their reps. Demonstrations are planned this weekend at JJB Sports stores across the country, to demand Chris is reinstated. This is potentially a very powerful action, threatening vital Christmas sales as well as the image of a well-known high-street brand.

Locally, a protest is planned from 5pm tonight at the store at the Piccadilly Gardens end of Market Street in the City Centre - please join in if you can.

Out Of Hours Payments
Fujitsu plans a review of “out of hours” arrangements. This term covers everything from overtime to shifts, weekend working to standby and callout.

Worryingly, the company currently seems to want an ad-hoc national consultation group which excludes most of those potentially affected, though they do accept they will also have to consult recognised unions.

The proposed process seems designed to get some people to accept new contracts quickly, to isolate those holding out for a better deal.

Those in helpdesks, Mobile Engineering or MVC who have already been through company “harmonisation” processes know the dangers.

Threats like this to our terms and conditions show why we need strong union organisation in Manchester, but also why we need to continue helping colleagues on other sites too.

For more information, go to www.ourunion.org.uk 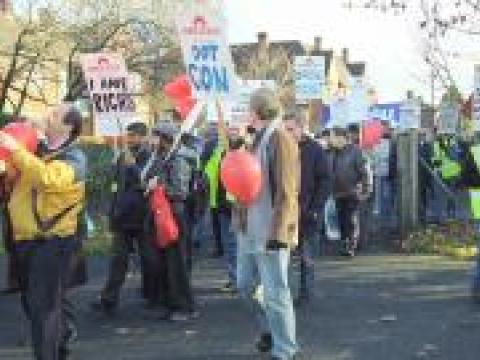 Workers at a Fujitsu site in Manchester were on strike Monday, and have a further two-day strike planned to begin on Wednesday. 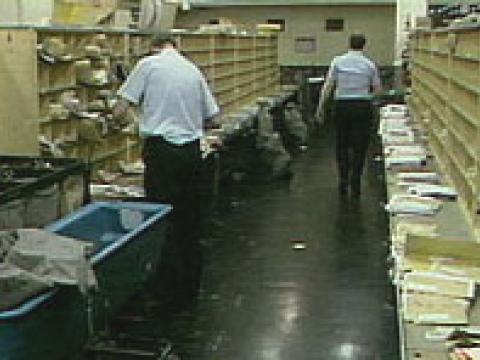 Strike action is scheduled at the Royal Mail from 8-10 and 12-14 March if a is worker victimised for involvement in an earlier strike. 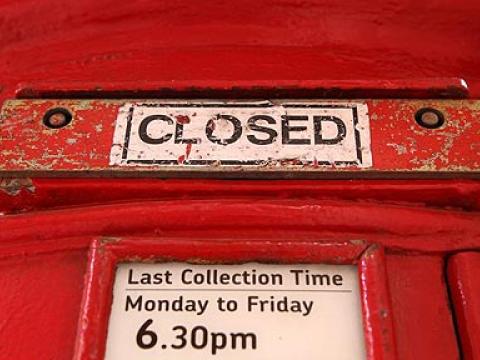