Of all the events of 2011, the least predictable may well be the adoption of the economics editor of Newsnight as an avuncular figure for the left’s new generation. But Paul Mason’s gift for being in the right place at the right time, and reporting from there with enthusiasm, vitality and sympathy has made him stand out from the crowd, not only amongst mainstream journalists but also intellectuals, who tend to have neither his wit or reach.

Why it’s Kicking Off Everywhere is an analysis of last year that firmly makes a case for it as part of the pantheon of radical history, standing alongside 1968, 1917, 1871 and 1848. But instead of a dry, Trot-lite chronicle of another year of revolutions, it is an engaging cultural, political and economic history that draws from the flashpoints of the present crisis in an attempt to understand not only its pedigree but also its novelty. From kids with smartphones to the credit bubble to the tent cities of the US, Mason seeks to tie together numerous threads of the last decade of capitalism to understand just why, exactly, it is kicking off everywhere.

As reportage, this collection of stories from a journalist who seems to have actually been ‘everywhere’ is engaging. Stories on the nuts and bolts organising of the Egyptian revolution are eye-opening; occupations and marches in London bring up vivid memories, sometimes happy and sometimes despairing; the chapter on the new American dispossessed, trapped in a desert barracks run by evangelical Christians, seems far too Ballardian to be real. The four rough themes that run throughout the book – technology, catastrophe, poverty, and alienated youth – are shown to be woven so tightly that almost everywhere in the world, and in almost every sphere of our lives, crisis has spread, while opportunity nonetheless beckons. The book is at its best when it can take the testimony of the dispossessed and those in revolt, and set it against a background of extensive structural change.

What this change is producing becomes a centrepiece of his thought. At times, Mason contorts himself into a futurologist, and here he seems at his weakest. He clearly believes that there’s a coming catastrophe, and the spectres of 1914 and 1939 evidently haunt his thoughts. National entrenchment, the rise of the far-right, and trade wars are all on the cards, and maybe worse. But ultimately, predicting the path down which we’re headed seems unnecessary for a book that’s title is firmly in the present tense. And it’s in the analysis of the present that he becomes less grim and speculative, and more thought-provoking.

In a discussion of Marx and the new wave of protesting youth, he raises a question worth considering: ‘what if, instead of waiting for the collapse of capitalism, the emancipated human being were beginning to emerge spontaneously from within this breakdown of the old order?’ A generation fed Foucault and Deleuze are finding a space for themselves, with the help of their laptops and smartphones, not precisely within capitalism but not transcending it, either. The result is an intensely antagonistic counter-culture, a sort of Foucauldian public sphere, where everyone’s engaged not in rational debate but occupations, marches and vociferous argument.

The idea is enticing, but nonetheless one of a Radical-Liberal utopia, where everything changes, but not too much. The inchoate nature of the ‘horizontalist’ organising of this generation is clearly greatly admired by Mason, who sits in on student occupations like someone’s dad watching them play a computer game, thoroughly wishing they had them when he was young. But, in this enthusiasm he also misses some of the big problems with the current waves of protest and organisation.

Notably, the students he discusses (the ‘graduate without a future’) are assumed to be middle-class (and are from thoroughly middle-class universities, like UCL and Goldsmiths). But what really marked the later student protests, in London and the provinces, were the huge amounts of inner-city kids in their mid-teens, angry over the withdrawal of EMA and the sudden pulling from under them of a university education. These kids were also tech-savvy, but they were angry and radical in a way more visceral than the older, richer kids around them, and also far more dedicated to the cause, intensifying their involvement just as others were dropping off. Why the August riots – foreshadowed by the EMA kids this time last year – are discussed so little is interesting. Was it simply because he wasn’t there? Or was it because it doesn’t fit into his model of middle-class revolt?

Inevitably, the problem with both the movement and austerity is one of class. We have a class war, but no class-based left to fight it, and the sort of nuance with which Mason studied the class coalitions that fought together in Tahrir Square isn’t applied to the kids in the UK. Instead, he presents a tech-driven progressivism, in which we’re all finding our individuality within a substantial, and constantly growing, social network. Mason may seem endearingly amazed by what seems to many of us boringly familiar, but he is often insightful about phones and computers: they really are immense tools of revolt, confusing the gerontocracy from Cairo to London. But while he is right to point out that a lot of things are changing, and that the transformative nature of technology should not be dismissed by old-school leftists, he also tends to overstate what these changes mean for the left (if, indeed, these ‘non-ideological’ kids with their phones can even be called leftist).

For instance, after discussing the work of communist historian of the Haitian Revolution CLR James, he claims that ‘today the left is no longer the gatekeeper to subversive knowledge’, citing the ability of anyone these days to pull information from the internet and use it to learn. In this, Mason is massively overstating the actual quality of what people both find and write on the internet, and, perhaps, revealing that his familiarity with internet culture is limited to contact with people who are actually interesting and intelligent, and not the army of people who are completely insane. A notable example is the Occupy Movement, which is tinged with conspiracy theorists, as any scan of their Facebook pages will illustrate.

If we go back to the early 19th century, any idiot could use a printing press, but it took real skill as a writer and business owner to produce interesting, entertaining, informed and well-distributed works. Similarly, and as he should know, it takes real skill for a historian to dig through (still mainly material) archives, and real skill for a journalist to assemble facts through documents and interviews. The internet does create the social network he discusses, and it does make publication and communication not only substantially easier, but completely different in many ways than what came before. But it doesn’t lend creativity, ingenuity, or good organising skills where it didn’t exist before. No matter what the invention – the press, the railway, the telephone – it still needs people of intellect and dedication to do something remarkable with it, and his over-enthusiasm unfortunately brings to mind a quote from Alan Partridge’s recent autobiography: ‘Wikipedia has made university education all but pointless’.

Later, in a fascinating chapter entitled ‘1848 redux’, he talks variously about class, syndicalism and cultural conflict, comparing the present crisis to 1848 and the Great Unrest just prior to the First World War. But despite talking throughout the book about the slum-dwelling poor, the collapse of the organised working class, and the precarious position of the middle-class, he comes to an odd conclusion: ‘The incoherence of the left has emboldened the liberals, the Facebook youth, the urban poor, and so on, to speak of social justice and to fight for it, secure in the knowledge that they cannot be accused of being communists.’ More Germany 1849 than France 1848, he says. Bizarrely, the current uprisings are a Liberal counter-revolution against nothing, and by virtue of that a confident and progressive uprising.

But there seems another explanation, and one that Mason’s own studies support: we are undergoing a quite colossal re-organisation of both labour and capital, and we have no idea where it’s going. But, clearly, it involves not only the exploitation of the urban poor, but the re-consolidation of the middle-class. The lower middle-class of skilled workers are getting pushed back into precarious, temporary and unskilled work, and their children getting faced with huge bills for the university education that may, or just as likely may not, be the only route of escape. And it’s here that the ‘graduate without a future’, where the student of 1848, angry with the regime of Louis-Philippe, serves as the analogue for the student of 2011, falls down. It’s not the professional middle-class who are revolting (although they are stirring). Just look at who’s on strike: teachers, academics, social workers, electricians…
Two centuries ago, artisans and peasants were proletarianised, and once again the same demographic range of workers are being pressed into the precariat. Is it kicking off because we are, in fact, seeing the growing pains and anxious howl of a working-class for the new century, and a whole new family and industry of technologies? What we may well need is far more than islands within capitalism (as useful and refreshing as they are), but, in fact, a coherent left that wants to transcend it. Our present may be more comparable to the 1830s than 1848: the recently birthed working-class is only just coming to realise what it is. And who knows what will come of that; to paraphrase Lenin, maybe hipsters plus soviets will equal communism.

Mason’s work is not bad, or wrong, for not asking this question; his scepticism of the doctrinaire left is hardly undeserved. But to borrow a phrase from him, ‘merely to pose the question is exhilarating’, and in his enthusiasm he invites the reader to ask such questions, and many more. With both his understanding of the possibilities of revolt and his sympathy for human misery, he offers a straightforward but expansive account of what is happening. In taking technology seriously as both an organising tool and means of disseminating and democratising ideas, he is opening up a substantial field of debate for the left. In treating the uprisings as a Radical conflict rather than a class one, he is laying down the gauntlet for the newest generation of Marxists: come up with a better framework, but one that can still express the current crisis’s novelty. It is a book worthy of discussion, and let’s hope there are many more to come.

Tom Fox is a labour historian and an editor of The Mule.

Interview with Catherine from the Climate Camp

Article originally published in the summer of 2007. 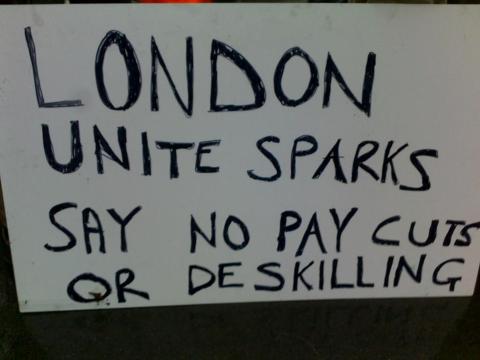 This is the first interview in a series looking at new groups which have formed in the UK recently. We wanted to find out why new groups are forming and the politics informing their work. These were printed in the final issue of Shift. Originally published in September 2012. 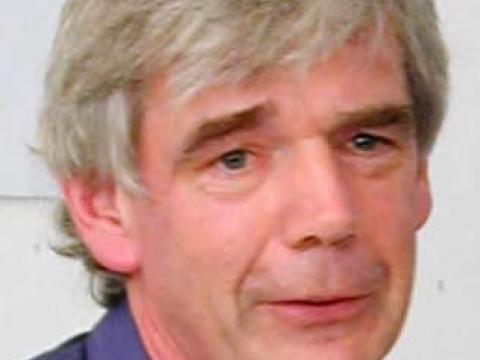 An interview with John Holloway