Wildcat strike at Ford in Craiova

Wildcat strike at Ford in Craiova

On December 21, 2017, about 1.000 workers out of the total workforce of 4.200 carried out a wildcat strike at the Ford plant in Craiova, Romania. The Ford Automobile Craiova union had signed a contract that triggered protests amongst the workers. In that agreement, overtime bonus is being cut and flexible shift plans are being established.

To the anger amongst the workers also contributed the fact that the government practically abolished the employers share of the costs of health insurance and social benefits and pushed those onto the employees who now have to pay 37,25% of their income for social benefits, WSWS reports. „The contract agreed to by the union translates to the equivalent of a 22% pay cut, when this tax hike is factored in.“

"Over the last year there has been a rising tide of militant strikes, including Fiat workers in Serbia and VW workers in Slovakia." According to WSWS there has hardly been any coverage of the Craiova strike. "Neither the IG Metall union in Germany or the United Auto Workers in the US has issued any statements." (World Socialist Website WSWS)

Here is the video (romanian with english subs.): http://en.labournet.tv/wildcat-strike-ford-craiova

Just to say thanks for writing this up!

Do you know how this developed?

From what I could gather on Romanian sites, the most recent news is this:

There was a union meeting on January 4. The union decided to open a formal dispute with the company around the new collective agreement (which had not been signed so far, although the company insists that bargaining is over). The union declared that unless the company will be willing to compromise, they shall start collecting signatures for an official strike. As in other countries, though, the legal process leading to a state-sanctioned strike is tedious and could take several weeks.

The collective agreement is in force until the end of February. After that, only individual work contracts will be in force. So the union is now also encouraging workers to sign some "amendments" to their work contracts, drawn up recently by the company, which will supposedly improve some things for them, but won't prevent them from gaining more through the process of collective bargaining through the union. I haven't seen a clear statement of what is in these amendments, but it sure sounds sketchy.

Also, the union meeting on January 4 decided that a referendum will take place on January 10 (this was three days ago) to decide whether the suspended head of the union, Maria Manea, will retain her position or will be expelled. During the wildcat strike in December, some reports stated that Manea was suspended due to pressure from below in the aftermath of the strike, because workers thought she did not represent her interests. However, other reports, including some later ones, stated that Manea was first suspended by the rest of the union leadership (the vicepresidents and union committee members), which then went on to negotiate with the company and was willing to accept the company's offer. This then triggered the wildcat strike. These reports also stated that Manea previously won the vote of the younger, recently much expanded, part of the workforce, which is unhappy with wages and conditions (as well as the union), whereas the union "old guard" relies on the support of older workers with seniority and higher wages, who long for more stability as they prepare for retirement. So when the "old guard" try to get rid of Manea, this also upset the younger and dissatisfied workers.

My interpretation is this: the workers almost got screwed by their yellow union, as is tradition, but managed to prevent this by stopping work. This probably scared the union a bit so now they're backpedaling and putting on a more democratic face.

I can't find any reports on how the January 10 vote went. Unfortunately I don't really speak Romanian and have no contacts there.

Nevermind, I got it. So Manea was reinstated by the vote on January 10. The article, however, repeats the earlier reports that she was suspended because of employee discontent with her. Then a paragraph after that it confirms the version of the story I presented above.

http://www.gds.ro/Local/2018-01-12/surpriza-de-la-sindicatul-ford/
It's readable through Google Translate.

At Ford, the situation has been tense lately, and things have just been calmed down. One day after the new union leader elected in 2017 was suspended, a negotiating committee agreed with Ford's leadership for a final form of the CCM, signing an agreement with the employers' organization and signing a new collective agreement. The next day, several hundred workers (especially young, newly employed, who have very low salaries) sparked a spontaneous protest because they disagreed with those negotiated a day before their own trade union representatives, factory leadership .

So it's also not clear whether there is a new collective agreement or not. Or if it was signed in December but is now invalid, or what.

The article also has details on the amendments to work contracts:

After the expiration of the CCM, Ford employees will be protected only by the existing provisions in each individual employment contract (CIM). Therefore, in the first syndicate's communication to its members in 2018, they were advised to sign the addendum to the CIM sent by the company, which provides for increases in gross wages as a result of the transfer of contributions from the employer to the employee, and the 300 lei gross increase for new employees valid for this month, as well as the increase of 300 lei gross salary for other employees, an increase that will be applied from 1 June 2018.

Very interesting stuff, thanks for the additional information! 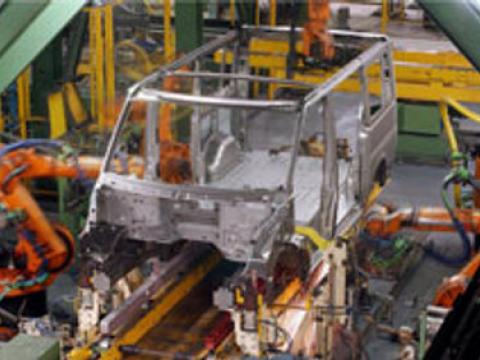 A new wave of redundancies and pay cuts hits car manufacturing in the UK, as companies aim to take back the cost of the recession from the…