A brief history of the collaboration between the Black Panthers and its white counterpart Young Patriot Organisation in Chicago.

In 1969, two young black men were killed in Chicago. Members of the Black Panther Party, they were murdered by the police as they slept.

Fred Hampton had proved to be a prolific organizer in the southside of Chicago. His skills were not just relegated to the black community, however. Through a long and arduous process, he had succeeded in building a “Rainbow Coalition” of working class blacks, latinos, and whites.

Black Panther Bobby Lee recalls his work with the white members of the “Young Patriots”:

First of all, the Patriots’ leader William “Preacherman” Fesperman was one of the best human beings I have ever met. He was originally from North Carolina before he moved to Chicago. However, many of the Panthers left the group when we built alliances. Some didn’t like the Patriots, some just didn’t like white people in general. They were heavy into nationalism. To tell the truth, it was a necessary purging, except for these niggers took themselves out of the organization. The Rainbow Coalition was just a code word for class struggle. Preacherman would have stopped a bullet for me, and nearly tried. Once, I was in a meeting up in Uptown, and I decided to leave by myself. I immediately determined that the police were following me. I made the mistake of leaving alone. The cop called out “You know what to do,” and I put my hands up against the wall. Preacherman came outside and saw what was going on, and in the cold of winter brought the men, women and the children outside. The cops put me in the car and they totally surrounded it, demanding my release. The cop called someone and they must have told him to let me go. I’ll never forget looking at all those brave motherfuckers standing in the light of the police car, but staring in the face of death. Looking back, was there enough basis for unity? Hell, yeah! When I went to Uptown Chicago, I saw some of the worst slums imaginable. Horrible slums, and poor white people lived there. However, two organizations prepared the way for the Rainbow Coalition, without them there wouldn’t have been a chance of forming one. Rising Up Angry (rua) and join Community Union. The uptown neighborhood was prime recruiting zone for white supremacists. Most of the cats who were in the Patriots also had at least one family member in the Klan. Cats like Mike James and Jewnbug, and Tappis worked hard to fight that mentality. Mike James and rua drove a wedge in that bullshit, that white supremacist bullshit, their groundwork was just amazing, out of this world. When did I first meet the Young Patriots? It was at the Church of the Three Crosses. There was a meeting, and it was the one recorded in the movie American Revolution II. After the crowd left, the Patriots were still there. We asked the Minister if he could let us have his office. We asked the Patriots if they could work with the Panthers and they said yes. I didn’t even tell Fred for the first three weeks of meeting with these cats. It wasn’t easy to build an alliance. I advised them on how to set up “serve the people” programs—free breakfasts, people’s health clinics, all that. I had to run with those cats, break bread with them, hang out at the pool hall. I had to lay down on their couch, in their neighborhood. Then I had to invite them into mine. That was how the Rainbow Coalition was built, real slow.

The coalition built by Fred Hampton brought leather clad Black Panthers together with white working class youth that dressed in jean jackets and Confederate Flags. Alliances were built along class lines, with a common enemy: the political and economic elite of Chicago.

The modern day “Patriot” Movement should be learning from the Young Patriot Party of the 1960’s. Only by building a cross-racial alliance of working class and poor people can we affect any real change. While the Young Patriot Party fought against the efforts of the Klan and white supremacists to attack blacks and latinos struggling for self determination, the modern Patriot Movement has allied itself with these racists and neo-fascists.

And that’s the reason Fred had to be murdered. The threat of a multi-racial movement of working class brown, black, and white people was an actual threat to political and economic hegemony. There’s probably a reason why the state isn’t murdering leaders of the new “Patriot Movement”. In the end, that movement is not a threat to the state. On the contrary, the movement merely acts to reinforce the state’s power and control.

Hello - Could someone please correct the year in the first sentence? Hampton was assassinated in 1969, not 1979. Thank you!

Hello - Could someone please correct the year in the first sentence? Hampton was assassinated in 1969, not 1979. Thank you!

Done! Thanks for pointing it out.. 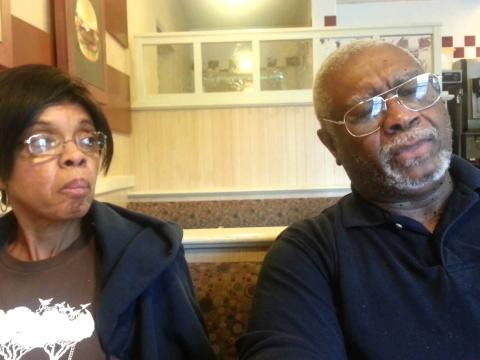 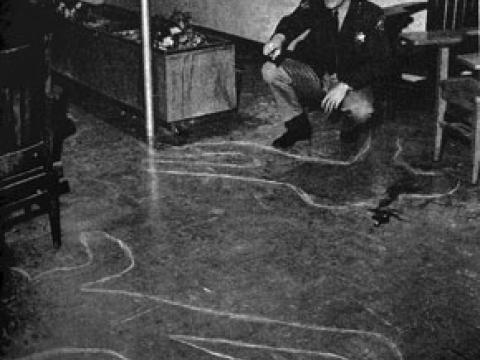 Why I don't do Kwaanza - Bruce A Dixon

Bruce A Dixon from Black Agenda Report explains why he doesn't celebrate Kwaanza: the holiday invented by Ron Karenga of the US Organization,… 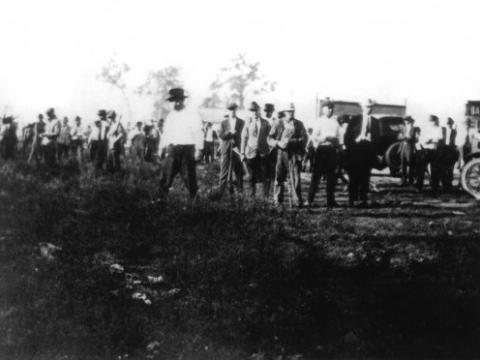