An account of the day's events from our reporter in Marseille as a red and black flag flies over city's Town Hall.

Organisers have reported over 130,000 demonstrators in the City of Marseille this afternoon, the largest demonstration outside Paris. The demonstration left the Porte D`Aix, under Marseilles own Arc de Triomphe at 3 p.m. to take a circular route around the city to arrive at the Vieux Port.

As the crowds dispersed a small group of youths then left the main group and succeeded in entering the City Hall overlooking the port. To applause from others they briefly flew the black and red flag of the anarchist group Alternatives Libertaires from the ceremonial balcony before the CRS police were called and evacuated by force the symbolic demonstration. A number of arrests were made.

Jean-Paul Gaudin, Mayor of Marseille, Deputy Leader of the UMP ruling party, Vice President of the French Senate, and member of Opus Deii was as yet unavailable for comment.

As we go to press violent conflict has erupted in Paris at the Place de Nation where this afternoons demonstration ended earlier. French Television is showing images of the square with massed ranks of CRS police partially hidden behind dense smoke and tear gas. Currently there are around 300 demonstrators in the centre of the square, surrounded by CRS police.

A brief report of today's anti-CPE demonstration in Paris from Reglisse, a young student. 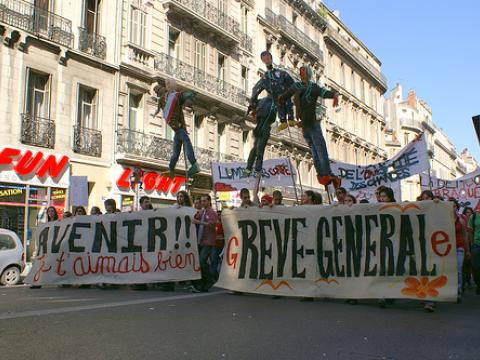 Photos of the April 4th 2006 demonstration against the CPE in Paris. Photos from http://www.flickr.com/photos/cudmore/. 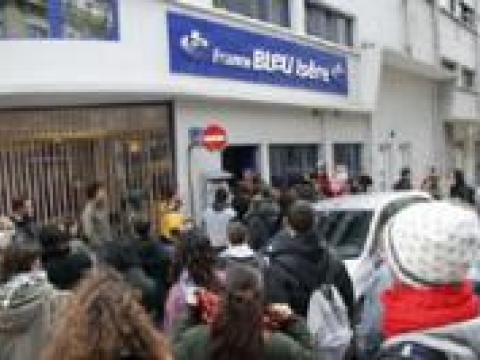