tf1 reported that the young people lit fires of pallets in front of the entrance of the centre, paralysing the activity of the site which manages the mail of the department of Ille-and-Vilaine and of a dozen departments in and around Brittany. Persons from the CGT and CUS evoked casualties and arrests. Which the prefecture denied. The employees briefly put themselves on strike before resuming work.

Trade unions and students' organisations have named Tuesday 28th March as a nationwide day of strikes and protests. 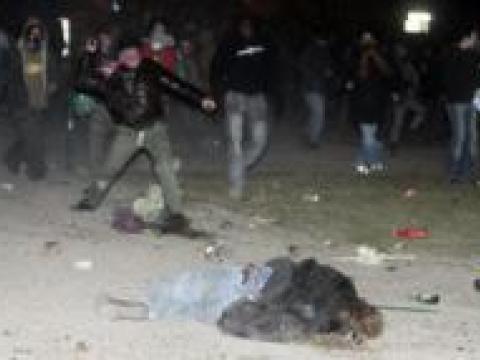