Information about the Italian state's "Strategy of Tension" policy in which it carried out terrorist attacks against its own people in order to blame the left and anarchists.

Faced with a huge growth of working class power, with strikes, occupations, self-reduction of prices and mass squatting the intelligence services began carrying out terrorist acts with the help of fascist groups. Anarchists and the left were blamed, and working class militants were arrested. The worst such attack was the worst terrorist attack in Europe in the 20th Century - the bombing of the Bologna train station which killed 85 people (see picture, above)

"[S]ome fascists in the group of terrorists
in question worked for the Carbinieri (the Italian military police) , that
others had contact with the army or the police and that they received valuable
and timely information in the progress of investigation into their activities"(1)
- From the report of an Italian parliamentary committee of inquiry.

"The workers struggles of 1968-69, Italy's Hot Autumn,
deeply engraved the economic structure of the country and modified the balance
of forces. After these struggles, the Left was stronger and power weaker.
. . .objectively. The damage provoked by the workers insubordination was very
serious indeed"

"Even before '69 many militant and autonomous struggles
developed, in particular Pirelli in Milan, neither controlled by the Unions
at the level of organization nor dominated by them at the level of the content
of the demands. Tangible wage increases, plus less work were the two main
themes of that period. The behaviour of the proletariat can be summed up in
the slogan of the period: Better wages, shorter hours!.

“Violent strikes broke out in Alfa Romeo and in
Fiat. Rioting took place in many towns, the most serious in Reggio Calabria
where tens of thousands of people fought against the troops" (2)

"[R]ight-wing political violence most strongly manifested
itself in the late 1960s and early 1970s . This was a period of student and
youth agitation, new social movements including women's and gay liberation,
widespread social unrest and trade union militancy in Italy . This was accompanied
by a massive increase in electoral support for the Communists - peaking at
over a third of the vote in the 1976 elections. The neo-Fascist terrorists
groups of this period were a backlash against all this left wing activity
and also against the emergence of left wing terrorist groups such as the Red
Brigades. Terrorists of the right .... often planted bombs in public places
which killed dozens of innocent bystanders and passers-by . All this was part
of a so-called 'strategy of tension’, a campaign designed to lead to
a breakdown of law and order and consequent collapse of public confidence
in democratically elected government, precipitating a takeover by the army.
Indeed in the 1960s and 1970s there were several coup attempts." (3)

On December the 12th 1969 the bombing began, with one
bomb in Milan and three in Rome. The bombs in Rome left eighteen wounded,
the bomb in Milan killed seventeen and injured eighty-eight. Police acting
on information from S.I.D. (intelligence agency) arrested two anarchists for
the Milan bomb, later murdering one of them, Giuseppe Pinelli, by throwing
him out of a police station window and claiming suicide - an act made famous by Dario Fo's play Accidental Death of an Anarchist. Despite mounting
evidence that this was a fascist bomb, the official party line for years afterward
was blame the anarchists. Later the Establishment view changed and the idea
that this was a joint operation between anarchists and fascists is propounded!
Eventually a number of fascists are tried, convicted and imprisoned but others
are acquitted, as is the surviving anarchist. One of the bombers acquitted
for "lack of evidence" was Guido Giannette an S.I.D. agent. When
Giannette became a suspect, the secret state sent him out of Italy and continued
to pay his wages after the arrest warrant had been issued.

In twelve years from 1969 to 1980 4,298 terrorist incidents
took place. Of these fascists were responsible for 68%, as well as most of
the deaths. The basic pattern repeated again and again is as described above,
the left is blamed, there is a high degree of collusion and those responsible
usually get off scot free and with a hell of a lot less international political
and media attention than the famous Red Brigades.

In September 1974 the head of S.I.D.(secret service) Vito
Micelli was implicated in an attempted fascist coup d'etat in 1970 - after
a secret report from his own agency reached the Prime Minister's desk. He
then nailed his colours to the mast and stood and won as a M.S.I. (fascist)
parliamentary candidate. All this time the covert neo-fascist army, Gladio which was set up in the wake of World War 2, was also lurking in the background.

By 1977 S.I.D. was so embroiled in scandal that it was
replaced by a 'new' secret service - S.I.S.M.I. . Then came what was at the
time the worst single terrorist atrocity in European history. On the 2nd of
August 1980 a bomb exploded in the second class waiting room of Bologna railway
station. Eighty-five people were killed and over two hundred wounded, Bologna
was a Communist Party electoral stronghold with a powerful workers’
movement and had been targeted previously. Ten years later a number of S.I.S.M.I.
officers were on trial for this atrocity, they included a General Secretary,
a General and a Colonel. Their convictions were later quashed. As we have
seen these were by no means the only incidents of far-right terror and state
collusion with it in Italy at that time, for example repeatedly the secret
services created false trails of evidence leading away from the perpetrators
of rightist violence. One might wonder what motivated it and indeed what motivated
the virtually indiscriminate terror itself, the whole story would have remained
in the realms of conjecture and could be dismissed as speculation but for
chance.

During investigations into a banking scandal police searched
the home of Licio Gelli. Gelli had fought for Mussolini's reborn Roman Empire
in Spain, Yugoslavia and Albania and when Italian fascism crumbled he joined
the Nazi S.S.. After the war Gelli worked on the 'Ratlines' - the Vatican
and C.I.A. sponsored escape routes for Nazi fugitives. Later he dealt arms
in Latin America and reputedly became the linkman between the C.I.A. and Juan
Peron the Argentine dictator. Searching his home, the police came across a
list of over six hundred names and evidence linking them to a Freemason group
called Propaganda-2 or P-2. Now freemasonry or any other oath-bound secret
society is illegal in Catholic Italy, but of course totally unremarkable this
would be but for the membership of P-2.

P-2 recruited from the "elite" of Italian society.
It included within its ranks one hundred and ninety five military officers,
two serving Ministers, three ex-Ministers, one Party Secretary, sixteen Magistrates,
four hundred and twenty two State officials, thirty six M.P.s as well as Secret
Service heads and various bankers and capitalists (4). Magistrates investigating
the Bologna bombing found that P-2 directed much of the fascist violence and
associated cover-ups and distortion. Gelli was P-2's 'venerable master' (that's
leader to us mere mortals) and in 1986 he stood trial for his part in the
1980 Bologna bombing and was acquitted but found guilty of perjury. On the
fourth of August 1974 a train bombing near Bologna killed twelve and injured
forty-eight. A 1983 trial judgement on this atrocity found:

"In the opinion of the parties claiming damages,
the accused members of 'Ordine Nuovo' (New Order) were inspired, armed and
financed to carry out the attack by the Masonic movement, which took advantage
of right-wing subversives and terrorists, within the context of the so-called
'strategy of tension' in an attempt to halt the country's gradual drift to
the left and set up the basis for a future coup d'etat" (5)

This was the P-2's plan, by means of terror in the style
of agent provocateur promote a law and order agenda and provide a pretext
for a clampdown on dissent and worker's struggle, if necessary a coup d'etat
would be part of this. However given that P- 2 constituted a 'State within
the State', a coup would be the option of last resort and would happen if
for instance the Communist party entered a coalition government. Such a coup
would have undoubtedly involved Gladio,
another organisation in the murky shadows of Italy's secret state sharing
the same ends and means as P-2.

The Italian state’s Strategy of Tension shows how
the elites who govern us and profit from our labour will stop at absolutely
nothing to maintain their power and wealth, even resorting to terrorism against
their own populations in a “democratic” Western state. Any people
wanting a better world today should take note, and be prepared.

In March 2001 General Maletti, commander of the counter-intelligence
section of Italy's military intelligence, claimed at a trial of various fascists
for one of the 1969 bombings, that "The C.I.A., following the directives
of its government, wanted to create an Italian nationalism capable of halting
what it saw as a slide to the left and, for this purpose it may have made
use of rightwing terrorism. I believe this is what happened in other countries
as well." (Quoted in the Guardian of March 26th 2001)

1. Quoted in 'The Darkside of Europe' by Geoffrey Harris page 113.

3. 'The Fascist Experience in Italy' by John Pollard page 132

4. including Silvio Berlusconi, later to be Italian Prime Minister . Berlusconi
was head of Group 17, P2's media section tasked with influencing public opinion
and with P-2's help moved into the television business , his companies now
dominate the Italian media and have been instrumental in his election success
in a coalition with the 'National Alliance' a split from the old fascist party
. The media in Italy continues to link the modern radical left with the 'days
of lead', with i.e. the terrorism of the 70s. No comment necessary.

Thanks a lot for putting this up, it's really interesting stuff. Where else would you suggest I look for more on this?

Thanks a lot for putting this up, it's really interesting stuff. Where else would you suggest I look for more on this?

PDF version of the article can be found here http://www.mediafire.com/view/?994g32nev85ef4o 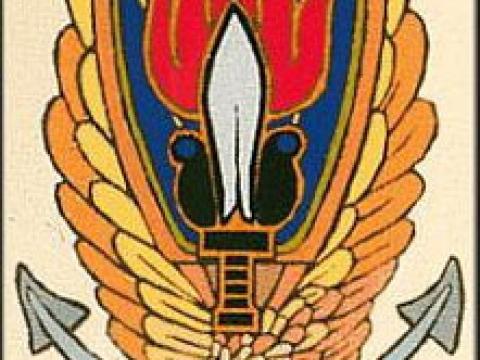 The history of the secret neo-fascist army in Italy set up ostensibly to resist Soviet invasion, but in reality to be used in the event of the… 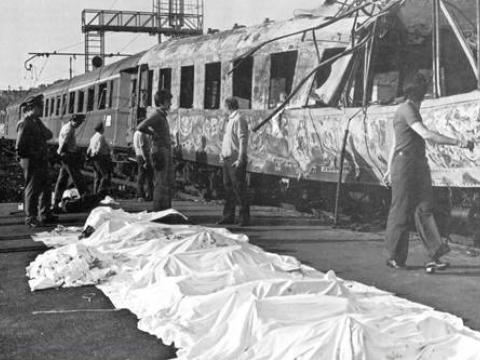 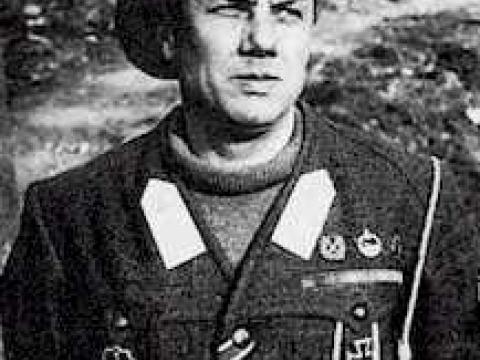