"..., despite the tremendous change, taken place around the world, there remain a lot of stagnant layers, that have not yet started to move and their inertia, their resistance weakens the raging struggle. If we take into account these layers, not all yet rejecting the old leaders, the old illusions and prejudices, then we need to recognize, that many parts of Gorter's book retain not only an historical interest, but still today make it a modern book. "
So wrote in November 1920 in the preface of the book under our review comrade Stepanov. Judging also by the fact, that the State Publishing House printed it, and comrade Stepanov accompanied it with a preface, "Imperialism ..." of Gorter is considered, it is obvious, as a valuable, interesting and useful "modern" book.
That it is modern for 1920, in that we have no doubt; after all, the "left-wing" childhood disease of communism is a modern disease, but its value and usefulness has a very large question mark.
One must consider the "stagnant layers" as amenable to changes under the influence of mere agitation phrases, to throw in their ranks Gorter's book.
But in this case the latter would bring more harm than good, as in the form of propaganda is clothed a theoretical theme, and Gorter's theory is desperately bad: he has understood nothing at all of Marx, and he has the children's disease already a full seven years (the book is written in 1914).
"What socialist has not always believed, has not always ardently hoped and desired, that there would be an action on the part of the bourgeois parties of all the bourgeois nations of international capital, against the whole world proletariat, against the working class of the entire world?" Judging by the duplication of the last words of the sentence, Gorter here ascended to the highest agitational feelings and the serious nature of his thought none of the healthy Marxists would accept.
In fact: we have a considerable fraction of our hopes pinned on and resting on the national (state) contradictions within world capitalism, we recorded ourselves in the "credit" to inter-bourgeois brawls, we gleefully rubbed our hands, watching the Yankee, disheveled from fear and anger in front of the bare teeth of the dreadnought Englishman.
But Gorter didn't misspoke - that is his credo. He believes the era of imperialism an expediency, where a strong nation-state has a strong force in order, to (our italics - Vl. S.) expand in the fight against other nation-states the capitalist production and turn it "global". Gorter uses the in the archive of history stored subjective method, a purely idealistic method.

He has obviously confused capital with its subject - the bourgeoisie, which precisely reasons thus: "in order, to".
And when Trotsky says: "The crux of the current war resides in the rebellion of the forces of production against their national-state form of exploitation," - when Trotsky argues that "the policy of imperialism is above all a proof that the old state has become obsolete and now presents itself as an unbearable obstacle to the development of the productive forces'', that ''the war of 1914 means, above all, the destruction of the national state, as an independent economic territory" – that ''the war heralds the collapse of the national state'' - when, as the reader sees, Trotsky strings one Marxist position to another, Gorter says "it may seem to be Marxism, but has nothing to do with such", that "it is mere pseudo-Marxist chatter", that "the representation by Trotsky is a mere mirage" ... Gorter does not see the main thing - that imperialism, is that stage of capitalism, in which the productive forces no longer stand in the national bonds, and while still a stage of capitalism, are inconceivable without the national-state forms. The contradiction, authorizes the act of the proletariat to seize power, not simultaneously, for imperialism – is not a single something, but a combination of sufficiently homogeneous capitalist bodies.
"The words of Marx in the ''Communist Manifesto'', according to which the workers of all countries must rid themselves first of their own bourgeoisie, have been reduced to nothing. Imperialism has proven that they were erroneous", says the "Marxist" Gorter and counter-poses his: "Today - the world scramble ... for the sake of world domination, for the sake that capital can undertake its final triumphal march over the earth, for the sake of the consolidation of world capital" (all italics and further ours), but therefore the "only means which can be used against imperialist war is the proletariat's mass action on a national scale, implemented simultaneously by the entire international proletariat."
Pure subjectivism: the bourgeoisie of strong states wants to subjugate the bourgeoisie of other countries, but because the whole bourgeoisie (see the first quotation from Gorter) has teamed up and speaks, without distinction of nationality, against the proletariat, and "Marx's words have been reduced to nothing ..."; we want the simultaneous action of the proletariat, and therefore the only correct method of struggle, is simultaneously ... and so on.
What a depth of theoretical ignorance here and there, in the text and in the notes!
1. "It was colonialism which, in the 16th and 17th centuries, flooded Europe with precious metals, thus creating modern capitalism in the Netherlands, England and France." Straight-away from the good old textbook on political economy: capital, it's – money and more in the same spirit.
2. "As if the petty bourgeoisie does not support imperialism", so Kautsky is "beaten" by Gorter, when the first indicates that the petty bourgeoisie must be won to our side. One involuntarily asks oneself: did our "absolutist" author read Marx, who gave an excellent analysis of the nature of the petty bourgeoisie in capitalist society, the pendulum-class.
3. "The latest stage of development reached by capital today is the result of a decades-long process." It was forgivable for Lassalle to think in decades, but for a member of the Marxist party of an imperialist state to present to oneself the era of world war as a result of the more prolonged age and ripest maturity of capitalism is quite unforgivable.
4. From the methodological field: speaking against the reformists Kautsky and Cunow, Gorter accuses them of commitment to ... the revolutionary dialectical method, because they are "still entangled in the concept of revolution as a catastrophe which is struck at one blow."

We consider the heart of Marxism its dialectics, clearly reflecting the contradictions of the process of being, where quantity turns into quality with a jump, leap, a single act! But Gorter believes that "every victory won over the new forms of capitalism—a major bank, a trust, an employers' association, a cartel - or (this "or" downright intoxicating. V.S.) over the imperialist state; over imperialism ... is a partial destruction of capitalism and is for that reason a victory for socialism."
My God, is it necessary to spoil your brains like this! But here comrade Stepanov wrote: "Of course, in our time Gorter would not have written these lines. As the experience of Russia, and the - so far! - unsuccessful experiences in Germany" ... and so on.
No, comrade Stepanov, already you better not justify the failure of the author and ... of the State Publishing House. After all there were revolutions up to 1917, and Marx and Engels left brilliant works on the Paris Commune, on the Bakuninists at work ...
Trotsky successfully stuck to our "left" comrades the label "proletarian left-SRists'' and the latter - a product of philistinism, revolutionized by conditions at certain times and places, the product of the petty bourgeoisie, which equally accommodates itself to socialism, and imperialism, revolution and evolution, but in each moment of his being either one or the other.
And with Gorter it's the same: the "simultaneous" appearance of the world proletariat (no longer against the bank?), then the "progressive" overcoming of capitalism. "Guided by these two proletariats (in Britain and Germany. V.S.), the proletariat of Europe and the rest of the world would be able to slowly overcome the highest forms of the manifestations of capital—the monopolies and imperialism—and establish finally (!), socialism." And comrade Stepanov believes that the way you can kill Kautsky ... is with his own weapons?
When reading Gorter we started marking pages with errors and the suspicious sites. Stopped: boring to place an infinite series of numbers.
Let us note only one remarkable position of Gorter: the real war is a war for the colonies (in the narrow sense of this word), and France is dreaming not of the iron and coal in Germany, but of African possessions, of Syria. Germany also extends to Mesopotamia and Congo, in Calais and Boulogne it "was as little interested," as Kent or Ireland. And therefore Russia is for the world's predators without a flicker of interest, "they'll never go out to enslave ..." her.
Indeed, since the major capitalist states "seeking to conquer and subjugate the other capitalist countries, they do so not for economic but for political or strategic reasons." This is called historiosophy! And here's the dominant basic tone: "Capitalism, which brings the earth science, technology, social consciousness (? V.S.), improved methods of labour, greater wealth and, at the end of its life, socialism, can only attain its goals by methods of murder and war. "
Here's the Russian spirit, here's the Russ' smell! The populists of the past century, the great haters of Western capitalism bless you, comrade Gorter!
This is the basis of proletarian left-SRism, childhood disease, diagnosed by Comrade Lenin - in this theory. But here's the superstructure:
"The workers are also pushed into this current of insanity. (anti-culture of imperialism. V.S.) They vainly attempt to resist. They join together and fight for their emancipation, in vain. They are dragged along with everyone else."
And further:
"Who will have to wrench political power from the hands of the ruling classes? The devastated working class, the proletariat crushed by taxes, its organizations which have been destroyed, the working class enslaved by imperialism? " - asks Gorter bitterly.
Complete misunderstanding of the evolution of class, the absolute lack of faith with regard to the proletariat, from which involuntarily arises the populist faith in the critically thinking individuals.
"If these workers groups (we are, "left"! V.S.) had known how to utilize this means (the simultaneous world uprising V.S.) if they could have had it clearly placed before them, they would have chosen it; and they would have rallied (you're already assured! V.S.) the great masses of workers around them." In Marxist manner, comrade Stepanov?
Not so categorical, but in the same vein: "... maybe we would not have been able to hold back the governments, maybe the masses of the proletariat would not even have followed us. But we believe that they would have responded." Very convincing! And Gosizdat humbly bows its head.
And here's the flip side of the philistinism, the petty-bourgeoisness: down with any personality, long live the mass without leaders, death to authority!
"The proletariat must advance from the passive struggle to the active struggle, from the undemanding struggle through representatives to the leaderless struggle, or a struggle whose leaders are in the background, take a large step forward" ...
So, so. Long live the Soviets without communists! So dialectically turns Gorter-philistine against Gorter-communist, a member of 3rd International - the great leader of the world proletariat.
So after all, is Gorter's book not anywhere good? - asks the reader.
No, not quite. In general, it is harmful, worthy of the archive, but it contains lovely pages. There, where Gorter breaks in a stream of noble, sincere indignation at the bourgeoisie and its lackeys of the Social-Democrats, the "culture" of imperialism - there Gorter is good, as few are. Reprint these pages - great!
But they are - just a spoon of honey in a barrel of tar. 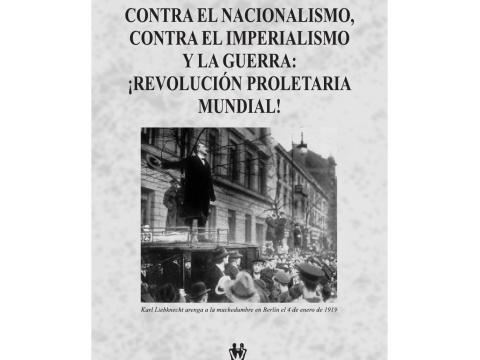 Spanish edition by Ediciones Espartaco Internacional, of writings by Herman Görter and Anton Pannekoek, on war, nationalism and revolution. 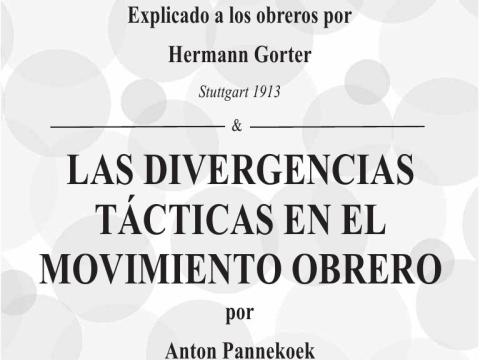 Book in Spanish, by Ediciones Espartaco Internacional. It includes two texts, one by Herman Gorter, Historical Materialism Explained to the… 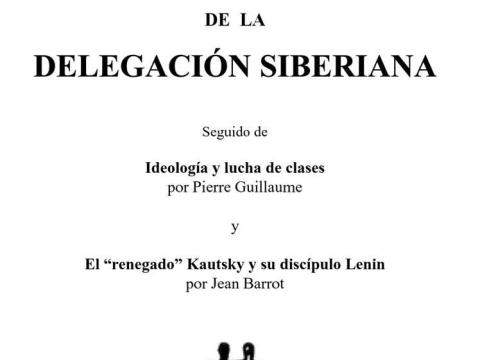 Spanish edition of a report from the siberian section of the Russian Social-democrat party, relevant because it's Tortsky's most critical stance… 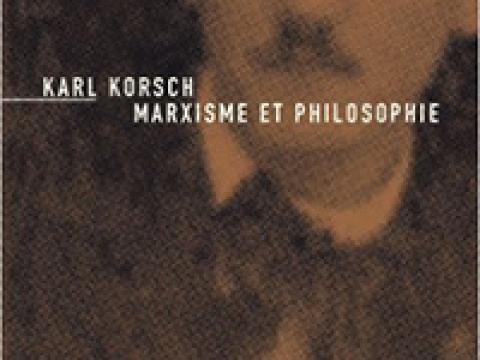