Disraeli once remarked that you could tell a weak government by its eagerness to resort to strong measures. The slaughter of thousands of Iraqis in the bombing raids of Operation Desert Fox, launched to delay Clinton's inevitable impeachment, is bloody confirmation of his prescience in this regard. We are expected to believe that this latest round of mass murder is an attempt at containment of the “threat" posed by the Ba'athist regime to its neighbours. In 1991, the US-led forces declared their intention to bomb Iraq “back into the stone age". Some 200,000 Iraqis were slaughtered in pursuit of this goal. Over a million children in Iraq have died since through a combination of food sanctions and depleted uranium poisoning.

A 1991 UN mission reported that "nothing that we had read or seen quite prepared us for the particular form of devastation which has now befallen the country. The recent conflict has brought near-apocalyptic results .. the flow of food through the private sector has been reduced to a trickle... Many food prices are already beyond the purchasing reach of most Iraqi families."

A 1993 UN Food and Agriculture Organisation report observed ".. it is a country whose economy has been devastated.. above all by the continued sanctions.. which have virtually paralysed the whole economy and generated persistent deprivation, chronic hunger, endemic undernutrition, massive unemployment and widespread human suffering ... a vast majority of the Iraqi population is living under most deplorable conditions and is simply engaged in a struggle for survival .. a grave humanitarian tragedy is unfolding.. the nutritional status of the population continues to deteriorate at an alarming rate.. large numbers of Iraqis now have food intakes lower than those of the populations in the disaster stricken African countries." Since 1993 conditions have only deteriorated. Given that the US and Britain have consistently engaged in a "war by other means" - the starvation of the Iraqi people - to maintain their grip on the Gulf by genocide, one can be forgiven for wondering what threat a country where "the social fabric of the nation is disintegrating" (UN World Food Programme News Update 26/9/95) might pose.

We are told that Saddam's "threat" is manifest in Iraq's non-co-operation with UNSCOM inspectors. Yet even the last report by US stooge Richard Butler (which was cited as justification for the bombing raids) concedes Iraq's compliance in the majority of cases, and on examination, the instances of non-compliance (5 out of 300) result only from abuse of Iraqi sovereignty or sensibility (an unannounced inspection of the Foreign Ministry; an attempt to carry out inspections during Friday prayers). Further US and British concern over access to weapons of mass destruction in the Middle East does not extend to concern or action over Israel's 250 nuclear warheads, nor the military hardware supplied to Saudi Arabia, nor do its concern for territorial integrity and compliance with UN resolution extend to Israel's occupation of the south of Lebanon.

Perhaps the justification for mass slaughter lies with a concern for the anti-democratic nature of the Ba'athist regime. If so, then it remains somewhat strange that such concerns did not manifest themselves when Iraq became the US's player of choice in the Iran-Iraq war, nor when the Ba'athists used chemical weapons to suppress Kurdish resistance in Halabja in 1988.

Following the "liberation" of Kuwait in 1991, the Kuwaiti ambassador in Jordan, Suleiman Alfassam, warned "Don't blame us if there are a few reprisals" against the 400,000 strong Palestinian minority in Kuwait. In March 1991, the Independent's Paul Taylor reported that dozens of Palestinians were "disappearing into a secret web of interrogation, torture, detention, deportation and in a few cases, death." Kuwaiti officials talked openly of "cleaning out" the Palestinian suburbs. Over 360,000 Palestinians were forcibly expelled from their homes in post-liberation Kuwait. The al-Sabah regime is acknowledges as amongst the most brutal and undemocratic in the region. Clinton and Blair's concerns for democracy appear not to extend this far.

In August 1998 Clinton ordered the destruction of a pharmaceutical factory in Sudan, claiming it was a chemical weapons plant. (Thousands of lives are now at risk because Sudan is no longer able to produce anti-malarials). The bombing coincided with Monica Lewinsky's grand jury testimony. there can be little surprise then in noting that Operation Desert Fox was launched on the even of the congressional vote on impeachment, nor, as the Independent on Sunday cynically observed "in a United States bitterly divided over the Clinton case, the one thing which seems to unite the American people is an enthusiasm for incinerating Iraqis."

We should though, commend those few Labour MPs such as George Galloway and Tony Benn who were prepared to buck the bipartisan celebration of slaughter, and in particular Galloway's involvement in the organisation of the sizeable anti-war protest each night in Downing Street. That upwards of 500 were mobilised so quickly and with such determination should give us hope that we can build afresh a movement able to strike blows at the warmongers of Downing Street and the White House. In 1991 Noam Chomsky observed that the "central lesson of world order" was, simply, "we are the masters and you shine our shoes." In noting this, then, we can take some pleasure in the anti-war demonstrations of substantial numbers of Asian and Middle Eastern youth, who were amongst the most militant of the assembled protesters.

Speaking after the suspension of Operation Desert Fox, Blair stated that "if those who abuse force to wage war are not confronted by those willing to use force to maintain peace, war becomes more likely." It is our task now to build a movement capable of opposing imperialism and militarism which learns Blair's lessons in such a way as to make him regret his words. 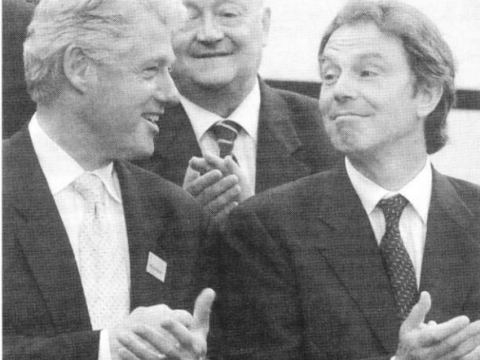 In 1990, US Secretary of State James Baker told Iraq's Deputy Prime Minister Tariq Aziz that if Iraq did not comply with US demands, "we will… 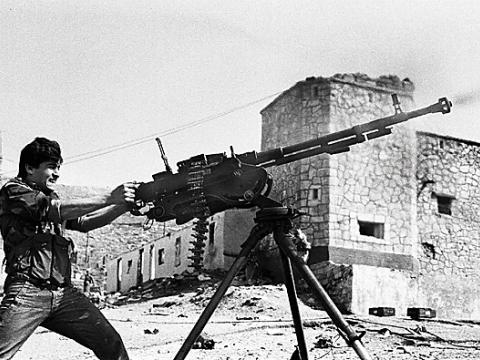