There are a handful of books that I believe every Wobbly should read. Some, like Joyce Kornbluh’s “Rebel Voices: An IWW Anthology,” do an amazing job capturing the history and culture of our union. Others, like Staughton Lynd’s “Solidarity Unionism: Rebuilding The Labor Movement From Below,” explain the current shortcomings of the labor movement and point to a constructive way forward. After having recently finished Stan Weir’s “Singlejack Solidarity,” I think I need to add another book to my must-read list.

Stan Weir was a “blue-collar intellectual and activist publisher” who lived from 1921 to 2001. Weir worked as a seaman, auto-worker, Teamster, house painter, longshore worker and, finally, as a professor of labor and industrial relations. Throughout his career, Weir was a rank-and-file activist and had the fortune to participate in many important struggles that shaped the labor movement and the political left in the post-war United States. In short, he didn’t study working people from afar, but struggled with them. As a result, in his writings we find some of the best and most concrete ideas on “building the new society within the shell of the old” as developed by one of America’s finest organic intellectuals.

“Singlejack Solidarity” is a collection of Weir’s writings which span the period of 1967 to 1998 and cover a range of topics such as working-class culture, the influence of automation, the role of vanguard parties, primary work groups, and business unionism. George Lispitz of the University of California should be commended for editing such a useful book and making Stan Weir’s writings available to the public.

First off, the book takes its name from a term used by hard-rock miners in the American West. These miners worked in pairs to drill holes for dynamite. One worker would kneel and hold the steel drill while the other would swing the sledge hammer (or single jack). Work partners would often build up trust and friendships due to the skill and danger inherent to their work. Organizers in the Western Federation of Miners and the IWW started to use the term “singlejack” to refer to their way of organizing that emphasized slowly building one-on-one relationships. This wisdom still speaks to us today as we talk about “organizing the worker, not the workplace.” We want to develop union members who take the union with them to whatever workplace they may be in. We know that no campaign or job action can be won without face-to-face contact with our fellow workers.

The topic which looms largest in “Singlejack Solidarity” is the longshore industry in which Weir spent a key portion of his working life. Weir was active in the International Longshore and Warehouse Union (ILWU) and had the benefit of working with many “‘34 men,” or workers who had participated in the great 1934 strike. From these workers, Weir learned the history of workers’ resistance in the longshore industry. Weir was most impressed by the dockworkers’ victory which eliminated the “shape-up” system, in which bosses hired workers for halfday shifts by making the workers stand around in circles on the dock. Longshore workers replaced the arbitrary “shape-up” with a union-run hiring hall that included a “low-man out” system which democratized shifts and workloads. For Weir, this is one of the most important examples of workers’ control in the history of American industry.

Weir also spends a great deal of time investigating the influence of “containerization” on the ports. He examines the ways in which a workplace that was once characterized by cooperative work teams (unloading the holds of ships) was broken apart and its workers atomized by increasing use of mechanization and the standardization of shipping containers. The role of the ILWU in only half-heartedly resisting this process is outlined in great detail, as Weir points out how the union was weakened by creating second-tier members, or “B-men.” These ideas should ring true for Wobblies today as we see the effects of two-tier wage schemes being agreed to in concession bargaining. As my own experience in a United Food and Commercial Workers shop has confirmed, these types of deals are corrosive to the solidarity which should be built in a union. Weir’s analysis of automation and technological change can also inform our understanding of how our workplaces are changing today. How is capital currently seeking to increase efficiency and profits at our expense? And, to follow Weir’s arguments, how can we best resist in order to “humanize the workplace”?

The true gem of this collection is Weir’s essay, “Unions With Leaders Who Stay on the Job,” and it is worth picking up “Singlejack Solidarity” for this essay alone. In it, Weir tells the inspiring story of how he participated in a workplace action while employed as a seaman in 1943. Weir and his fellow shipmates pulled a quickie strike where they refused to re-board their ship until better bedding, food, and supplies had been provided. From the reaction of the infuriated captain to the working-class education provided by the experienced sailors to the newest workers on board, this story is brimming with specifics on what direct action at the point of production can, and should, look like. And it also demonstrates how workers can get the goods without going through disempowering third parties. In fact, it is experiences such as this one which shape Weir’s critique of the labor movement due to its bureaucratization and timidness. The alternative which he lays out, of a democratic union movement which is based on the self-activity of the rank and file, is very much in line with the “solidarity unionism” approach which we have been building in the IWW.

The above are just a few of the topics discussed by Stan Weir in “Singlejack Solidarity.” He also recounts his experiences in and eventual disillusionment with various vanguard parties of the left as well as his friendships with such figures as James Baldwin and C.L.R. James. My only criticism of this book would be that there is significant overlap between the content of many of the selections (when you finish reading you will feel like you have a really good grasp on the longshore industry), but this can be forgiven because Weir never intended that these writings to be read as a collection and he wrote about what he knew best.

“Singlejack Solidarity” is exactly the type of practical, insightful and encouraging writing about working-class struggle that we need. It addresses some of the most important questions about how we organize and how to build a revolutionary labor movement which can abolish wage slavery. I strongly encourage you to pick up a copy and pass it on to a fellow worker.

Steve Early reviews collections of writings by Martin Glaberman and Stain Weir, while tying their experience and outlook to the emerging split within the AFL-CIO in 2004.
Image 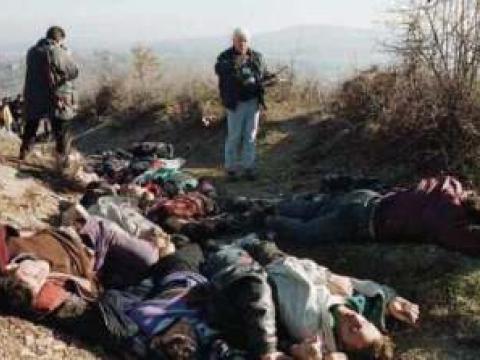 Marxist Humanism's review of Chomsky's book on the war in Kosovo, in which they criticise him for failing to make enough of Milosevic's crimes.
Image 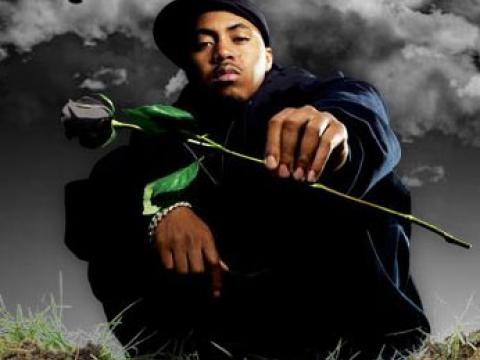