In the introduction to Processed World #1, we expressed our intention to establish a network for discussion, information, and communication that would be relevant to the lives of people employed in offices. The favorable responses to our first issue confirmed our belief that many office workers feel the same dissatisfaction we experience in our own lives. While distributing our magazine on the sidewalks of downtown SF, we met new friends who are actively collaborating with us. Several people have also written to us with comments and criticism, which are reprinted in the Letters section below. Thanks to donations and sales of the magazine, we were able to cover a significant part of the cost of producing issue #2.

Here and there, tentatively and often almost invisibly, clerical workers in the US are questioning the situation they share, and are beginning some collective efforts to improve it. As with other kinds of workers, these efforts inevitably bring them into conflict with management. One of the ongoing purposes of Processed World is to report on such conflicts as well as on the conditions that produce them. While we are often severely critical of the groups, such as unions, that are currently trying to "organize" office workers, it's not because we oppose banding together to fight for better conditions within the current set-up. On the contrary, we believe it is vitally necessary for office workers to oppose speed-ups, counter divisive hierarchies of pay and responsibility, and win improved benefits such as childcare, as well as better pay and working conditions. But we think reliance on the traditional methods and forms of organization can only lead to more crushing defeats like the one experienced at Blue Shield, and in the long run, inhibits workers from finding effective ways to organize and act themselves.

One of the goals of PW is to bring together people seeking to develop new, imaginative strategy and tactics and to create a basis of support for future actions. Experience in self-organization and solidarity between office workers would increase our power to challenge the social relations that underlie not only our dissatisfaction on the job, but the prevailing misery and injustice throughout the world. The people at PW believe that the only permanent solution to our condition as office workers lies in a complete transformation of society. In this and forthcoming issues of PW, we hope to articulate a vision of a society where people would no longer be compelled to waste their times and talents in exchange for a means of survival; where profits and hierarchy would no longer dominate our lives; where social decisions would be made by those affected by them; where people would not depend on money to get the things they need and enjoy—instead products would be made and distributed according to need and desire, and the willingness of people to produce them. The millions of economic transactions which comprise the bulk of office work would be unnecessary, and the dreary tasks now required of office workers would be eliminated.

As an organized group, clerical workers possess immense power to bring about these changes. Because they control the flow of information and money that is crucial to the circulation of goods in this society, they also have the power to subvert the whole money economy. In this issue, we continue to explore various aspects of office work: "The Rise of the Six-Month Worker" offers an analysis of the changing workforce, with its new values and employment patterns. "Career Opportunities: Gadget Goes Binary " is a fotonovela in which Gidget, seeking Big Bucks as a computer programmer, loses her breakfast onto irreplaceable hard disks and consequently loses the job. "Prelude " is a short story about the conflicts and choices faced by a woman climbing the career ladder. "Raises, Rights, Respect... Alienation" and "BandAids & Escape Values" analyze the limitations of two approaches to workplace reform: unionization and Quality of Work Life programs. "Processing Future Processors" likens the university to a white-collar factory, using UC Berkeley as a case in point. We are also inaugurating a regular feature in this issue, "Down Time", which includes accounts of recent events involving office workers. Hope you like it—Send comments, articles, money.... SUBSCRIBE! 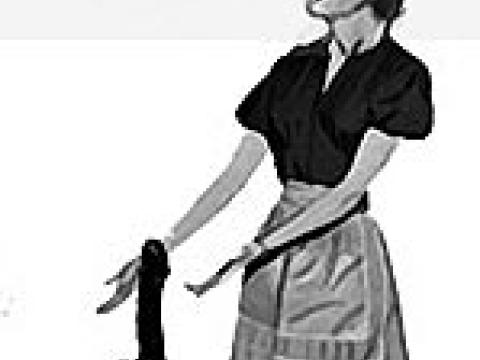 A tale of the toil of work in a cooperative sex shop.
Image 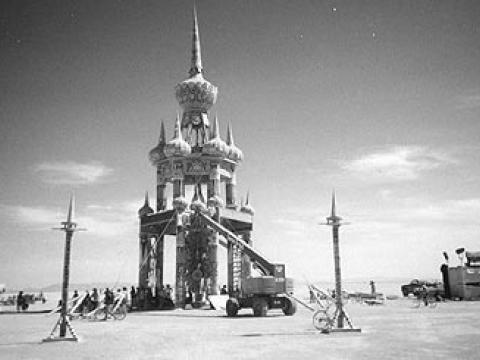