The action disrupted both refuse and recycling collections throughout the city affecting 15,000 households. Workers at the Queenslie and Eastern depots took the un-official action, claiming the council had failed to meet overtime payments of up to £4000.

The action, which hit household refuse collections over a large part of Glasgow, meant that large amounts of refuse would not be collected until yesterday though the council claimed they'd use staff at Bell Street and Polmadie depots, who did not take part in the strike action, to cover the struck areas.

However, a victorious strike by bin staff in Brighton earlier the is year, would suggest that this will be a tall order as a two-day strike by 200 staff paralysed refuse collection in the city.

Rubbish lorries were unable to dump their waste at Cardiff’s biggest tip this morning, following a walkout by workers.
Image 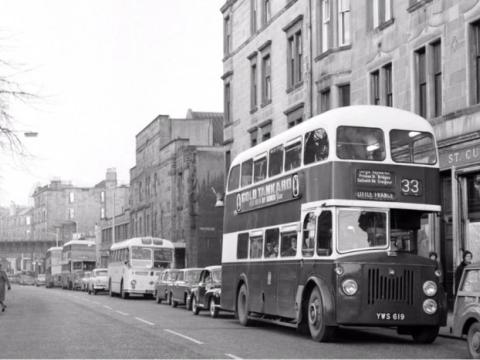 This pamphlet is about the Glasgow bus strike of April 1964. It tries to draw some lessons which may be of value to other busmen and perhaps even…