Torture under the Acropolis

Two police officers and three police guards of the Acropolis police station have been arrested in relation to the torture of an man treated for his wounds in hospital.

5 policemen, two officers and two “special guards” have been arrested after they tortured a 30 year old man from Chile when he demanded access to a telephone in order to contact his lawyer. The arrested policemen claim the detained man tried to escape and the wounds inflected on his torso and legs for which he is being now treated in hospital are the result of their efforts to contain him. The tortured man has been visited in hopsital by the Secretary of the Ministry of Public Order and the Chief of Police in an unprecedented move of human rights concern by the notorious sector of the government. Moreover the Minister of Public Order has condemned the torture adding that he is “sending a clear message to all uniformed worker […] the abuse of power, torture and humiliation of human dignity is a sign of barbarity” claiming that policemen with no concern for the constitution will be expelled from the force and “puished paradigmatically”. The move to arrest the policemen is unprecedented in a country where torture against immigrants is endemic and no cop has ever been subject of disciplinary measures let alone legal persecution for it.

In effect the arrest of the 5 policemen and the rise of the torture case to a prime article of the headlines marks an interesting twist in the policy of the Socialist government whose pledge to erradicate police arbitrariness and brutality has up to now been no more than hot air. Such policy could be both a move of reclaiming the police force within social-democratic normality (a repetition of the 1981-83 ‘de-juntaization’ of the police) by purging extreme-right individuals, and a powerful propaganda weapon with respect to the vast majority of the people who distrust and loath the police and to the left which has been demanding an immediate cleanising if not disarming of the force since the Decmeber Uprising. The anti-cop sentiment is a central unifying principle between diverse sections of social discontent (from workers to pupils and from farmers to immigrants) in the country and is seen by the government as a great obstacle to achieving social concensus or so-called ‘national unity’ in view of the sweeping and most probably anti-popular reforms planned for the economic recovery of the state finances in the months ahead.

source: movement “united against racism and the fascist threat” (in Greek)
translated at: clandestinenglish

On December 23, the same day that the Chilean immigrant Pedro Navarro was arrested and tortured, African street vendors received the same treatment by police officers who participated in operations coordinated by Greek Police and the Municipality of Athens at the down-town Athens commercial streets.

One of them, Joe Usman said:

I was arrested by three police men and a police woman at Ermou str. They handcuffed me, then took me to a dark spot near the church of Kapnikarea and one of them hit me with his knee at the stomach by pulling my head down. Then they took me to the police station, I was in great pain and ponaga much and I vomitted. They then took me to hospital. When we left the doctors gave me some document but the police took it from me. Within the Police Station I saw one more Senegalese guy being beaten very hard.
They left me free on December 30 “.

“Police arrested me on December 29 at 6 to 7 pm at Ermou str. I was on my way home, I was not selling anything. I asked them ‘do you need to see my papers and they said ‘ no ‘. They threw me down and raised my leg to my head. They handcuffed me and took me on foot at the Acropolis Police Station. On the way they hit me on my mouth. I was forced to go up the stairs with handcuffs and with my hands on my back; they kept shouting and kicking me. They told their superior that they did this because I was making fuss.
In my cell they stripped me off my clothes while I still I had the cuffs on and then beat me on my head, feet and hand with their arms and clubs. They photographed me naked and they were laughing shouting ”Fuck you black asshole, this is Greece, leave, go to Africa.” After laughing they were teasing my dick and put a finger in my ass. They let me go the next day; I went to hospital and the doctors gave me some paper [apparently about beating marks etc] “

horrible stuff, thank you for keeping us updated.

Two out of five policemen charged for not stopping their colleagues that were torturing people are set free today(!).
The rest are to pass from the prosecutor on Thursday.
"Justice" doesn't seem to care about the tense climate and the anti-cop sentiment of the population and keeps on provoking. On the other side, an anarchist that is charged for a broken window of the building of the municipal police in West Thessaloniki is condemned a month ago to 7,5 years in prison...
Soon (20th January) is the trial of the two cops that murdered in cold blood 15 years-old Alexandros Grigoropoulos last December. We'll not be surprised by any decision of the court...

According to the testimony of the two officers mentioned by marme9 they did not intervene when they "saw the arrested man handcuffed and two policemen kicking him punching him and beating him with a plastic glob in various parts of his body" as they "found nothing reprehensible in all these". The three men directly accused of the torture testified to the interrogator today, without the script of their testimony been made public to this moment.

It must further be noted that in the last 3 years 162 persons have died either in prison or in custody in greece.

is that including suicides, or natural causes?

Yes I believe it includes suicides. But as for "natural causes" if that means old age, it is rather rare given the legal system which usually releases people of old age or puts them under house arrest (as has happened with one of the still surviving colonels of the junta). Still the number is high in a total population of 10,000 prisoners and indicative of the terrible conditions in greek jails.

As regards the Acropolis torture case, one policeman has been imprisoned pending trial after giving testimony. 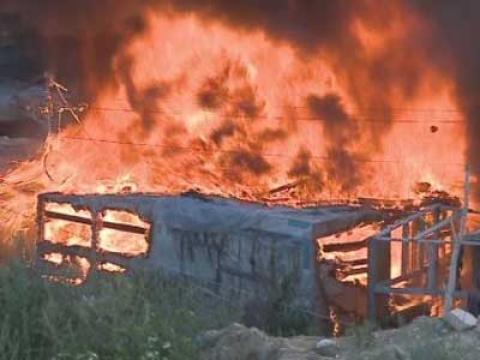 Chief of police resigns over book presentation raid in Athens

The Chief of Police of Greece, Mr Tsiatouras, has resigned after the demand of the Minister of Public Order over the book presentation police raid in Athens, while thousands march against the police-state imposed in the last 15 days in Exarcheia.
Image 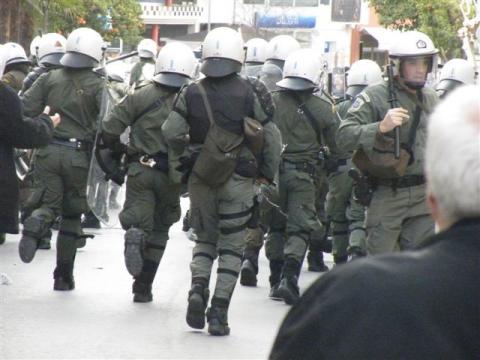 A protest march against the police killing of the 25 year old plumber Nikolas Toddi a few weeks ago in Byronas, Athens, was subject of brutal…