Update on several stories from Greece, including an assessment of the reactions to the recent Global Forum on Migration and Development.

1. The new socialist government was smart enough to seriously downplay the Forum. They knew (as we all did, and had also openly explained) that would the Forum be given a lot of coverage in the media, the central streets of Athens (alongside stationed vehicles, rubbish bins and maybe shop-windows) would be set on fire for a few nights. Too expensive for the State, too much waste of time for the new ministry of Public Order (renamed Ministry of Citizens’ Protection in socialist newspeak), and too dangerous for the police (they are being shot at in broad daylight lately in the capital of Greece – as a response to that, a new law, introduced a few weeks ago, abolished external guards at police stations). As expected, anarchists and antiauthoritarians indeed tagged the Forum low-priority.

1b. Not only was it downplayed, the Forum was publicly discussed in a disorienting manner. Prime minister Papandreou talked to the UN secretary general (who was here for the Forum), yet the newspapers reported their discussion as being primarily about, allegedly, Greek “national issues”, namely Cyprus and (FYRO)Macedonia.

2. The PASOK antiauthoritarians (as the government has called itself) immediately lifted the law refusing citizenship to second-generation immigrants born in Greece and closed down the detention center in Pagani on the island of Lesvos. Also the new deputy minister promised better detention conditions. In other words, they turned the levels of repression back to where they were last year (give or take a few detention flights and the promise of half-way citizenship for kinds and a suffrage in municipal elections for immigrants who have lived here for more than 10 years), though giving the impression that they took really progressive and liberal measures.

3. An important event, characteristic of how the movement politicizes immigrant issues: On the 10th of October a victim of brutal police violence, the Pakistani Mohammed Kamran Atif passed away. (Read the story here). Anarchists in Athens demonstrated and attacked a police station in protest. Five (Greek) demostrators were arrested and there were occupations of public buildings and a great wave of solidarity demanding their release.

So when the five were actually released (two days later) the movement had experienced a kind of decompression and momentary satisfaction – the tension was easing. We feel that this also contributed to a sense that “enough has been done for the immigrants for the time being, let the Global Forum be”.

4. A left wing network partly linked to the SYRIZA left-coalition party and antiracist groups did organize a day of talks in Athens (last Sunday), which was unfortunately not very well attended. A left wing initiative in Athens, and left wing groups in Thessaloniki also called demos in the two cities. Around 1000 people attended the one in Athens, not more than 150-200 attended the one in Thessaloniki. Such a turnup in the two towns would be assessed as a failure, had these talks and demos been prepared and discussed. Yet they seemed to just fulfill a quick wish of the organizers to get it out the way, over and done with.

4b. A further reason why anarchists did not cooperate with the Left: You might remember us telling you about the former government’s police openly attacking immigrants at the Aghios Panteleimon Square in collaboration with fascists [for a reminder see this post]. The Left had not helped the anarchists back then. Now, when left-wing groups tried to organize a concert, extra-police forces appeared in order to actually help remove the 40 fascists that wanted to interrupt an event attended by 500! The new police in a new role. The anarchists thus felt the leftists’ gig was “handed to them” by the police and not dynamically fought for. So they also chose to abstain from the leftists’ discussions and demo.
_______________________

This a translation of this Nov 11, Avgi article, about this recent case of immigrant abuse in Pagani and the legal developments on Kamran Atif’s death .

The assault on the 17-year- old refugee is a “cold case”.

The assault on the 17-year-old refugee Mr. Mohamed Hussein Khantar by police guards in the Pagani refugee camp last October is considered a “cold case”. The same applies for the case of the death of the Pakistani immigrant Mohamed Kamran- who had been allegedly tortured in the police department of Nikea in Athens

According to newspaper Avgi’s sources, during the preliminary investigations conducted with regards to the assault case, Mytilene’s state attorney could not find sufficient evidence leading to possible prosecutions of police guards in the Pagani refugee camp. Thus, the case is considered cold, and all preliminary investigations regarding police officials are going to be archived.

The manner in which the case is concluded, confirms the fears of various bodies and organizations that an abuse case would be covered- up by the police forces. It is claimed that witnesses in the Pagani camp were offered “pink cards” in return for their silence, and were sent to Athens, where it is impossible to be traced.

Moreover, questions arise with regards to the contradictory conclusions after Mr. Khantar’s examination. According to his attending physician’s statement, injuries and traumatic lesions were found on his head, back area and hands; however, the medical examiner concluded that his injuries were older than the day of the alleged police assault.

The police assault has allegedly taken place in the afternoon of October 22nd, in the Pagani refugee camp, just a few hours after Mr. Spyros Vougias, who is the undersecretary of the Ministry of Citizen Protection, visited the camp. After the event was made public, the Ministry of Citizen Protection ordered a preliminary investigation of the case, which was conducted by Mytilene’s state attorney.

The United Nations High Commissioner for Refugees has made an announcement, pleading for an in-depth investigation of the case and a subsequent prosecution of the people involved. The Greek political party SYRIZA is planning to bring the topic in parliamentary discussion.

With regards to Mohamed Kamran’s case, leaked information from the Ministry of Citizen Protection reveal that toxicology tests show Kamran intoxicated; according to the same leak, the post mortem toxicology investigation found Kamran using alcohol and other substances before his death.

However, Mr. Fragiskos Ragoussis, Kamran family’s attorney stated that there are no official toxicology test results yet, and that in any case his clients are going to ask for a test re-run, since according to the Greek law the family has the right to appoint an external medical examiner during the autopsy.

This is a summary and adaptation from various recent posts at www.clandestinenglish.wordpress.com. 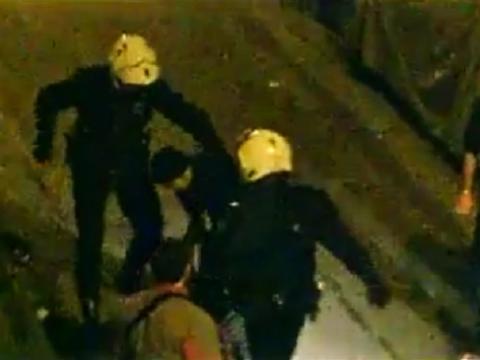 Brutal beating of an immigrant by police caught on camera 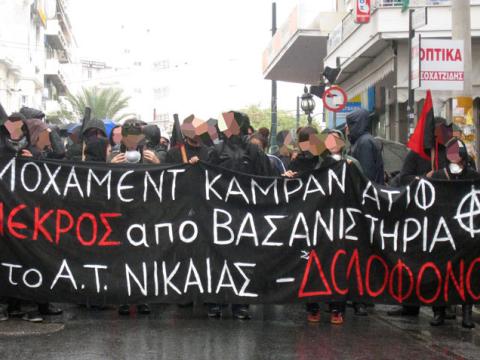 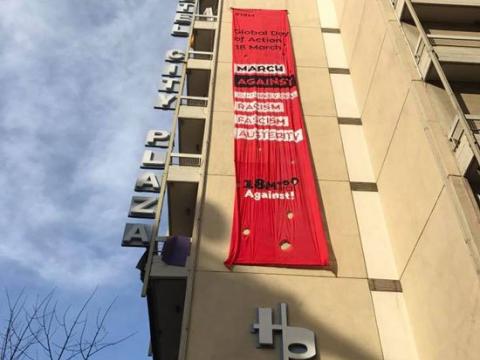