Possibilities to protest in Russia were already significantly limited before the pandemic, and during the last two years, from March 2020 to Russian attack to Ukraine, street demonstrations have been banned with the pretext of the Covid Pandemic. People were demonstrating persecutions against opposition leader Alexey Navalnyi, and in few other cases, but these ended in massive arrests. But still, there was freedom…

This time around there's both good news and bad news, so lets start with the good ones. For pictures, check the original post at https://avtonom.org/en/news/moscow-anarchist-black-cross-updates-september-2021

Maksim Smolnikov, a street artist known as Hadad, from Khabarovsk has been remanded for two months due to his 2018 VKontakte post about the explosion at an FSB office in the Arkhangelsk region. Smolnikov is accused of "justifying terrorism." During these two years, the security officials had no complaints against him. .

Ilya Romanov needs support for rehabilitation Ilya Romanov has been an activist in the anarchist movement since 1987. He was sentenced to prison twice, for 10 years in Ukraine in 00’s and 7 years in Russia in the last decade. In 2019 he almost died as a result of a cerebral hemorrhage. Due to the delay in the medical intervention, he lost the capacity to move the right side of his body.

Ilya Romanov is free from prison!

On Saturday 11th of April, relatives took Ilya Romanov, anarchist prisoner from LPU-21. Prosecutor did not appeal decision of the court of Zubovo-Polyanski of Republic of Mordovia, which has ordered to release Romanov for basis of his health. We congratulate Ilya, and everyone who was fighting for his release from prison!

The Moscow Anarchist Black Cross group is supporting the declaration released by the Rupression-campaign about Arman Sagynbaev, prisoner of the so-called Network case, and will stop supporting him. Arman has been removed from the list of political prisoners, supported by the ABC Moscow.

On April 19, the North Caucasian District Military Court in Rostov-on-Don convicted an anarchist from Evpatoria Yevgeny Karakashev in the case of Calls for Committing of Terrorist Activity in the Russian social network "Vkontakte".

Arman Sagynbayev: I Was Tortured by the FSB

We call for solidarity and support of Crimean anarchist Evgeny Karakashev. The collection of funds for the work of a lawyer and the payment of parcels is started. Evgeny was born on August 21, 1978. He lives in Yevpatoria, Crimea. He is a leftist activist with anarchist beliefs. On February 1, 2018, Karakashev was detained, and on February 2, 2018, arrested on suspicion of committing crimes under Part 1 of Art. 282 …

A recent public action in support of tortured anarchists in the city of Chelyabinsk has led to a backlash. Here, two people reveal how they were tortured by the FSB.
Image 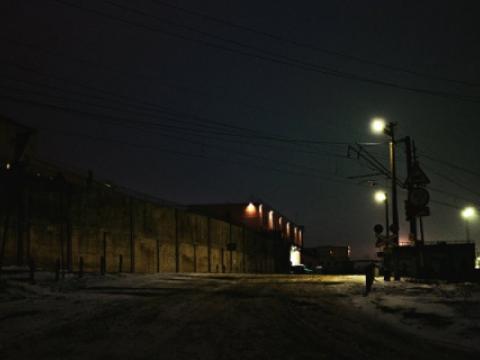