A Working Life, Cruel Beyond Belief

Temba Qabula was born on December 12, 1942 in Flagstaff, Transkei. At 18 years old, Qabula was caught up in the Pondoland rebellion hiding and starving in the forests.

In 1964 he caught a train for Carltonville to work as a plumber. This trade took him to Durban, where, “fed up with doing skilled work for nothing", in 1974 he entered the noisy world of factory production at Dunlop composing songs in his head as he drove around on a fork-lift truck.

In 1983 he joined the Metal and Workers Union, helping to organise Dunlop workers into the union. He participated in the "Dunlop Play" and in 1984 started to perform his "Izibongo zika Fosatu" at union meetings. His performances initiated a revival of imbongi poetry throughout South Africa, as workers have transformed this tradition into a powerful expression of their struggles.

In 1986 a collection of his poetry was published in 'Black Mamba Rising", along with poetry by worker poets Mi Hlatswayo and Nise Malange. It won the Norwegian Literature Award in 1987. This autobiography was published two years later.

This text is adapted from South African History Online. 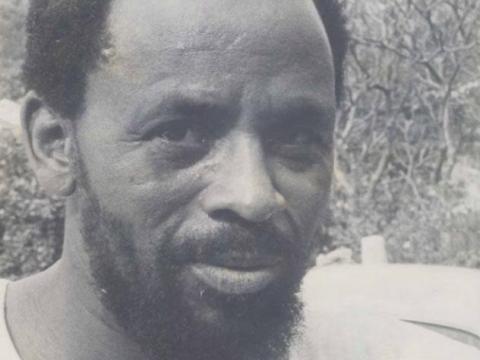 1600 residents of Delft, Cape Town gathered on Monday in a mass meeting to organise resistance against the eviction of 2000 of Cape Town's poorest families.