Contemporary illustration of a vagrant being punished in Tudor England

Karl Marx's short history of the violent legislation introduced by governments in Europe to force peasants removed from their land into wage labour from the 16th century.

The proletariat created by the breaking up of the bands of feudal retainers and by the forcible expropriation of the people from the soil, this “free” proletariat could not possibly be absorbed by the nascent manufactures as fast as it was thrown upon the world. On the other hand, these men, suddenly dragged from their wonted mode of life, could not as suddenly adapt themselves to the discipline of their new condition. They were turned en masse into beggars, robbers, vagabonds, partly from inclination, in most cases from stress of circumstances. Hence at the end of the 15th and during the whole of the 16th century, throughout Western Europe a bloody legislation against vagabondage. The fathers of the present working class were chastised for their enforced transformation into vagabonds and paupers. Legislation treated them as “voluntary” criminals, and assumed that it depended on their own good will to go on working under the old conditions that no longer existed.

In England this legislation began under Henry VII.

Henry VIII. 1530: Beggars old and unable to work receive a beggar’s licence. On the other hand, whipping and imprisonment for sturdy vagabonds. They are to be tied to the cart-tail and whipped until the blood streams from their bodies, then to swear an oath to go back to their birthplace or to where they have lived the last three years and to “put themselves to labour.” What grim irony! In 27 Henry VIII. the former statute is repeated, but strengthened with new clauses. For the second arrest for vagabondage the whipping is to be repeated and half the ear sliced off; but for the third relapse the offender is to be executed as a hardened criminal and enemy of the common weal.

Edward VI.: A statute of the first year of his reign, 1547, ordains that if anyone refuses to work, he shall be condemned as a slave to the person who has denounced him as an idler. The master shall feed his slave on bread and water, weak broth and such refuse meat as he thinks fit. He has the right to force him to do any work, no matter how disgusting, with whip and chains. If the slave is absent a fortnight, he is condemned to slavery for life and is to be branded on forehead or back with the letter S; if he runs away thrice, he is to be executed as a felon. The master can sell him, bequeath him, let him out on hire as a slave, just as any other personal chattel or cattle. If the slaves attempt anything against the masters, they are also to be executed. Justices of the peace, on information, are to hunt the rascals down. If it happens that a vagabond has been idling about for three days, he is to be taken to his birthplace, branded with a red-hot iron with the letter V on the breast and be set to work, in chains, in the streets or at some other labour. If the vagabond gives a false birthplace, he is then to become the slave for life of this place, of its inhabitants, or its corporation, and to be branded with an S. All persons have the right to take away the children of the vagabonds and to keep them as apprentices, the young men until the 24th year, the girls until the 20th. If they run away, they are to become up to this age the slaves of their masters, who can put them in irons, whip them, &c., if they like. Every master may put an iron ring round the neck, arms or legs of his slave, by which to know him more easily and to be more certain of him. [1] The last part of this statute provides, that certain poor people may be employed by a place or by persons, who are willing to give them food and drink and to find them work. This kind of parish slaves was kept up in England until far into the 19th century under the name of “roundsmen.”

James 1: Any one wandering about and begging is declared a rogue and a vagabond. Justices of the peace in petty sessions are authorised to have them publicly whipped and for the first offence to imprison them for 6 months, for the second for 2 years. Whilst in prison they are to be whipped as much and as often as the justices of the peace think fit... Incorrigible and dangerous rogues are to be branded with an R on the left shoulder and set to hard labour, and if they are caught begging again, to be executed without mercy. These statutes, legally binding until the beginning of the 18th century, were only repealed by 12 Anne, c. 23.

Similar laws in France, where by the middle of the 17th century a kingdom of vagabonds (truands) was established in Paris. Even at the beginning of Louis XVI.’s reign (Ordinance of July 13th, 1777) every man in good health from 16 to 60 years of age, if without means of subsistence and not practising a trade, is to be sent to the galleys. Of the same nature are the statute of Charles V. for the Netherlands (October, 1537), the first edict of the States and Towns of Holland (March 10, 1614), the “Plakaat” of the United Provinces (June 26, 1649), &c.

Thus were the agricultural people, first forcibly expropriated from the soil, driven from their homes, turned into vagabonds, and then whipped, branded, tortured by laws grotesquely terrible, into the discipline necessary for the wage system.

Excerpted from chapter 28 of Capital. 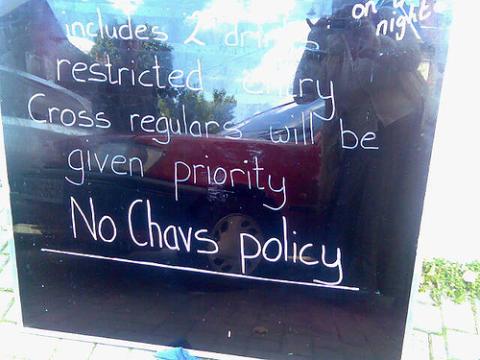 When we say "class", what are we talking about?

Two parallel definitions of the word are used in political discussion. It's a perennial problem that radicals don't define what they're talking… 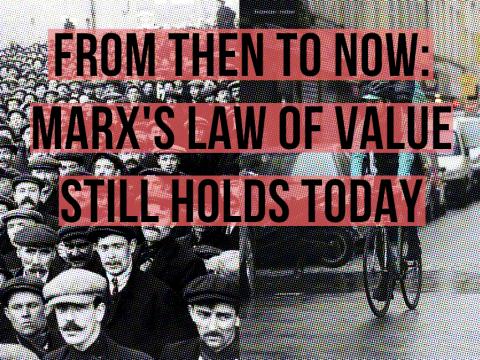