Anarcho-syndicalist magazine themed around globalisation and the apocaylpse.

Clearfutures is not about 11th September, nor is it about prediction...

Nothing has ever been given or predictable, except the fact that to bribe people into supporting war, you have to say something like ‘the gloves are off, forget yesterday, now is new and threatening, get ready to be violent and see violence.’ Nothing fundamental has changed; the US has had plenty of home-soil killings before (state prisoner murder programmes, Oklahoma, Waco, Civil War, etc. spring to mind).

Long-term prediction by active participants is dangerous. Sooner or later, the involved predictor will become so wedded to their forecast that they will try to bring it about, then they can say something like; "see, I told you so". Consequently, the predictor tends to lose sight of democracy (accepting others’ views as equal to their own), and instead develops ideas, theories and activities which will take him/her to the pre-determined goal of making predictions come true. Ideology thus opposes democracy. Only basic principles, which underlie how we wish to relate to each other, can be agreed in advance – in other words, a few things like direct democracy, solidarity and mutual respect.

So, for those of us who reject leaders in favour of democracy, and ideology in favour of principles, there is always a dilemma when talking about the medium-term and beyond. Clearly, prescriptive talk strays into dictating futures, and the path leads nowhere nice – like removing the rights of people in the future to decide their own.

Yet, planning is critical. The human need to plan and prepare for future security and sustainability is a basic one. It is a clear cop-out to simply say we’ll sort it out when we get there, or rather, that people then will sort it out. So, we are left with one option. We have to have a stab at a few detailed sketches, where nothing is inked in – well, except those basic principles.

In short, Clearfutures is about two things. It is partly about exposing the near future for capitalism, the state and how their associated authoritarians are using every opportunity (sick or otherwise) to cynically spread and further their power. But it is also about peering into the medium future, armed only with the candlelight of basic principles and (hopefully) a twinkle of imagination. This is no dreamtime exercise - one day, everyone will be faced with sorting out our society amongst ourselves, and we could always do with some more preparatory homework. So knuckle down and strap in!

Exposing the near future under capitalism and the state is easy peasy. Capitalism will never get friendly with us, the working class. The state will never recede or relinquish its power. State-sponsored war brings cash profits (What T.W.A.T. really means, p.4). Globalisation is built on state power, not on eroding it; capitalism needs the state like a fish needs water. In other words, if you think Afghanistan is the end of it, think again - things are already shaping up for the worse (Apocalypse soon, p.31).

Exploring the medium future is no picnic. Basic principles might be simple, but imagined futures based on them may not be. We like complex societies; they are where humans evolved from, so they are what we are good at, and they are what most people will likely choose. Hence, to fill the yawning gap in our need to explore each other (left by capitalism dividing us into isolated competing individualists), we will inevitably have to relate to each other personally as well as politically (Beyond the agony columns, p.18).

We also need to look more widely at the way in which basic principles might relate to power, democracy and the way future democratic societies may choose to organise them/ourselves. This is not a dry, mechanistic job, any more than we would want a boring, steady-state future society to live in; it is about exercising our powers of making things up and kicking them around the coffee table – as it will always be (Spirit of anarchosyndicalism, p.22). Even coming up with a system for producing the things we need, in other words, some sort of economics, is less about sums and more about fun (A gift economy, p.6).

Clearfutures says the post-capitalist society might happen much sooner than you think. We live in times much like the last 200 years – when the only thing certain is that capitalism will end one day.

Only by continuous resistance and imagination will we bring this date forward, and help make sure what follows is something sane instead. For those after a date for their calendar, don’t bother asking – that would be prescriptive, ideological, and plain silly. 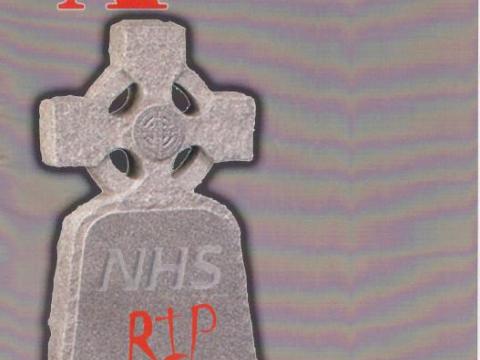 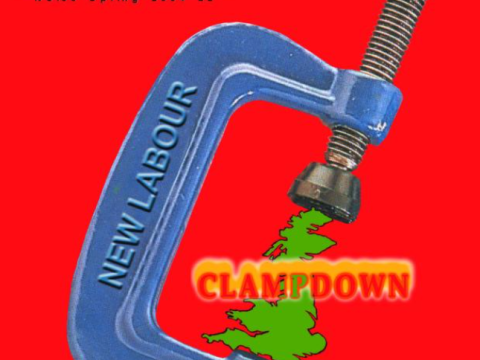 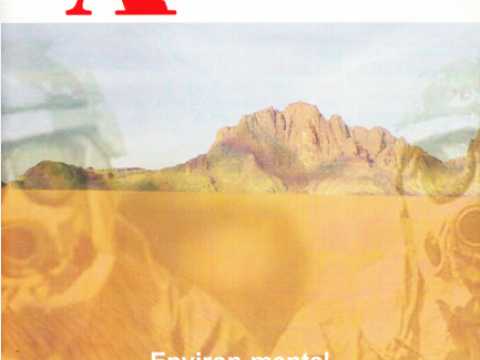 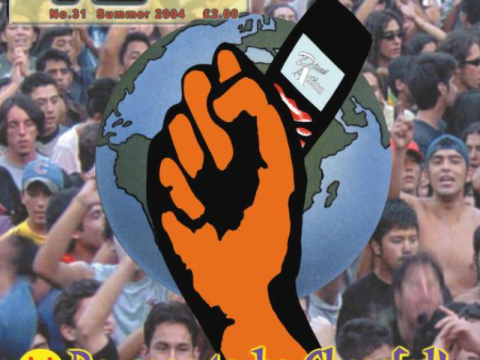 Anarcho-syndicalist magazine published by the Solidarity Federation. This issue's theme: "reasons to be cheerful".