As a youth, Walter questioned the German superiority and anti-Semitism he was taught. His father, an anti-Nazi, refused to allow Walter to enter one of the Adolf Hitler Schools, but did permit him to join the Hitler Youth. However, Walter's rebellious streak led him to hide a Jewish friend in his basement. He also formed a gang that played pranks on young Nazis and helped French prisoners of war. They called themselves Edelweiss Pirates (as did other groups of opposition youth in Germany). In 1943 Walter was caught taking shoes from a bombed-out store, arrested, and imprisoned. He was eventually deported to the Ravensbrueck concentration camp, where he was forced to work in the stone quarry. In 1945, Walter contracted tuberculosis and decided to escape before he was killed. Under cover of heavy fog, he reached a farmhouse. The farmer gave him his son's army uniform and helped him board a train home to Duesseldorf. Walter recovered after hospitalisation, and later moved to the United States.

Transcript of accounts in verbal interview
'We had, uh, meetings generally, at least, well, generally at a cafe on Kings Avenue, which is - in Germany there are a number of streets which are well known like Fifth Avenue. Well Kings Avenue in Duesseldorf is one of the best known avenues in the world. It's gorgeous, wide, and has a river in the middle and all chestnut trees and so on. Well there was a cafe and in the back of the cafe was a pool room. Uh, we used to play pool, and we had our little meetings there and one would say, "We have a new member," and, uh, we would ask him questions, test him, and "Why do you like to join us?" and, you know, wanted to have some assurance. And, and, uh, then we, we pro..."What are we going to do next?" and maybe one would say, "You know, the Hitler Youths, they all, uh, store their, uh, equipment at such-and-such a place. Let's make it disappear." "Okay, when are we going to meet?" Such-and-such a time. And that's what we did. It became, uh, it came to the point where we became enemies and people began to look for us because we went a little too drastic, we, you know we started maybe by deflating the tires, then we made the whole bicycle disappear, so it came to the point where too many complaints.

'On April the 12th, April the 12th, 1943, I was taken to court. By trial, the state attorney--I think they call it here, district attorney - state attorney, asked for the death penalty. My father - this was first time I saw my father and my mother - uh, my mother couldn't, couldn't control herself, so she was crying. My, my father didn't quite know what to do. They had two attorneys. When he recommended the death penalty, I know they kind of jumped over and held my arm and said, "That's not the last word." Then kind of the judge and the state attorney and somebody else, some functionary, they kind of argued about whether it was looting, or whether it was theft. The idea was that the two, uh, had different consequences. And, uh, so they retired then and when he came back, the judge decided, or had decided that it was--well, before that they had an argument and the state attorney said, uh,"I would call it theft, but this man, having had intimate contact with our enemy, and being the leader of, uh, the Edelweisspiraten [Edelweiss Pirates], having destroyed, uh, state goods, state property, does not deserve any kind of consideration." Well, when the judge came back and said, on the grounds of his outstanding, uh, involvement in, in athletism, and considering, uh, the age and the circumstances, I condemn you to one to four years in prison.'

We commend the efforts of our
comradeship,TRUE freedom fighters and at a teenage,age! Yes their are options , following or not, authoritarianism and youth seen as somehow cohesive or moral, when it is actually perverse to expect young of all people,to follow narrow minded ideology that perversely goes against their human nature. Elderly people were also badly hurt by the 'restorers of order,' that the Nazis claimed to be. We all need to think about what a real good there is in blatantly unquestionably and fascistically , following orders does. One should be forgiven if in the other evil group the Nazis youth groups but the morals and concern for society was actually much higher with the families,and other supporters of the communist and socialist and glad to say 'rebellious' perhaps, anarchic?....youth of the brave Edelweiss Pirates 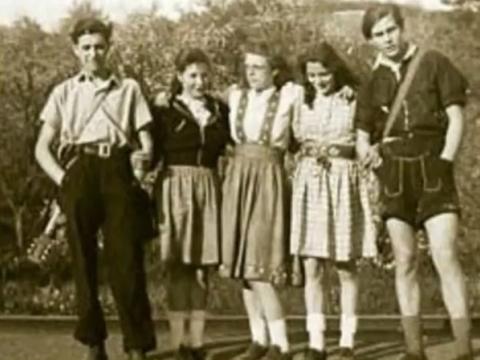 An account of the Edelweiss Pirates, a World War II era German anti-Nazi movement of working class youth who fought against the regime.
Image 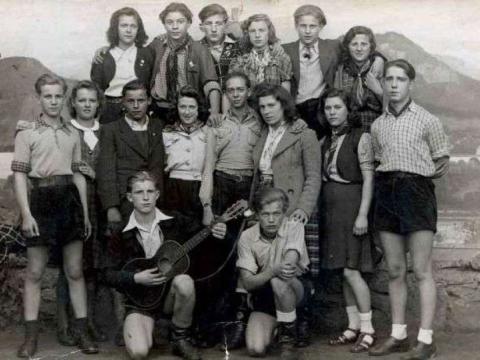 An interview with historian Nick Heath about anti-Nazi youth cultural movements in fascist Europe before and during World War II. In particular…
Image 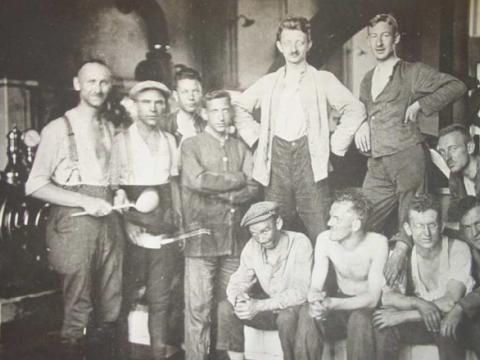