A ten-day strike by banana plantation workers in Panama has come to an end after the government agreed an package of concessions that included the suspension of its anti-strike legislation, Law 30.

The strike by over 4000 banana plantation workers began on July the 2nd after workers at the Bocas Fruit Company had the portion of their pay used to pay their union subs withheld by the company in line with the recently introduced law. As the protests spread, they were joined by around 2000 independent banana growers.

Protests by plantation workers in the Bocas del Toro province on the 9th of July led to street fighting with police, who were ordered in by president Ricardo Martinelli. Demonstrators burned down a bank and several other businesses were attacked, while roadblocks were set up around the Atlantic city of Changuinola. The rioting has led to the death of two workers at the hands of police – named as Antonio Smith and Fernán Castillo - and the wounding of more than 100 more. Over 115 workers were arrested, while demonstrating workers took four police officers hostage. Union official Rafael Chavarria has claimed that the situation is much worse than the government version of events, and that a further four protesters were killed.

A parallel strike by construction workers on the Panama Canal ended today following concessions by managers on working conditions. The action by employees of the international consortium Grupos Unidos por el Canal halted work on the Panama Canal expansion project at the Gatun zone on the Panamanian Atlantic coast . The workers were reportedly demanding facilities to cook their own food, wash their clothes, and for management not to interfere with the construction workers' union SUNTRACS. National police and canal security agents arrested five reported strike leaders in the course of the dispute. According to a communique by the banana workers' union FRENADESO, “more than 70 workers striking for salaries, working conditions, and against Ley 30 were fired. Police took the workers off the bus, handed them termination papers and gave back the petitions that workers had given to the “United for the Canal”.

Meanwhile officials and members of SUNTRACS - Sindicato Único de Trabajadores de la Construcción y Similares - were arrested by police who raided a union meeting at a hotel in Panama city which passed a resolution calling for a general strike. At the time of writing, they are still being held.

Around 50 students at the University of Panama set up a roadblock on one of the main roads at the university in solidarity with the strikers, leading the government to order the cancellation of all classes.

Law 30 limits the right to strike action, union membership and freedom of association. Moreover, it outlaws workers' ability to organise street protests in the course of industrial conflicts, with the associated criminal offence carrying a penalty of two years imprisonment. It has been introduced alongside another law, Law 14, which creates new criminal offences relating to the blocking of roads by demonstrators. 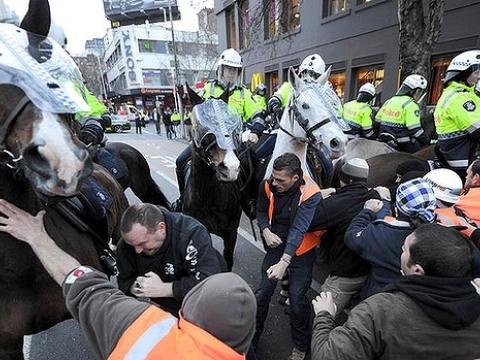 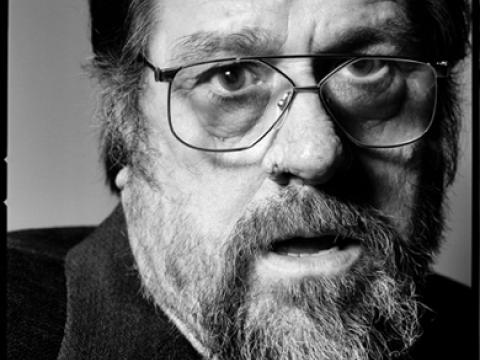 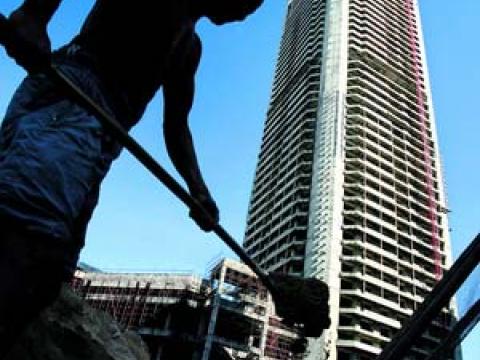 China: Workers in Guangdong attacked for asking to be paid

Construction workers building a dam near Heyuan, were attacked after demanding payment, having gone…