Nikos Maziotis has been convicted of attempting to cause an explosion and possession of arms and explosives. He was sentenced to 15 years for putting a bomb in the Ministry of Industry & Development in 1997, in solidarity with the revolt of the villages in Strymonikos against the installation of a gold mine by multinational company, TVX Gold. Nikos had personally claimed responsibility for the bomb and set out openly in the press his motives for this. [See Black Flag 215]. Again in court he turned the hearing into an exposition of revolutionary anarchism.

"First, I do not pretend to be the good guy here where I was forced to come. I will not plead for anything, because I do not consider myself a criminal. I am a revolutionary. I have nothing to repent of. I am proud of what I have done. The only thing I regret is the technical error that was made.
You must have in mind that although you are judges and sitting higher than me, many times the revolutionaries, and myself specifically, have judged you long before you judge me.

This authoritarian structure penetrates the whole of society and it is this structure that we want to destroy. Either with peaceful or with violent means, even with guns. I have no problem with that. Our purpose, within the anti-state and anti-capitalist struggle, is to connect ourselves with different social struggles. Our purpose also when intervening in these struggles is to attempt to make things reach the edge.

Now let's talk about the struggle of the people in Strymonikos. Long before I planted the bomb, other comrades were in the villages, they were talking with the people there. I was inspired to plant this bomb for a specific reason: The people of the villages had broken the limits, by themselves. If it had been a struggle within an institutional framework, in the way that trade unions and local administrations try to keep these struggles restricted, if it had been confined in a mild, harmless and not dangerous protest, maybe I wouldn't have done anything. But the comrades up there in the villages - who are not anarchists of course, but I don't care about that, they are citizens who also want their freedom - had surpassed every limit. They had conflicts with the police three times, on 17 October 1996, on 25 July 1997 and on 9 November 1998, they had set fire to police cars and vans of the riot police, they had burnt machinery belonging to TVX, they had invaded the mines of Olympiada and destroyed equipment. In the night, some of them were going out with shotguns, shooting in the air to frighten the policemen.

And I thought, these people are cool, they've gone even further than us. And then repression followed, especially in '97 when martial law was imposed in the area. The Chief of Police in Halkidiki gave an order forbidding all gatherings and demonstrations. They also sent special police units and tanks, which came on to the streets for the first time since 1980. Now they were sending them out again there, in the villages of Halkidiki. So, I thought, we must do something here, in Athens. It is not possible that the others are under repression and we here stay passive. The Ministry of Industry & Development, was central to this case. The struggle in Strymonikos was a struggle against 'development', against 'modernisation'.

So, I planted a bomb. The purpose was what I said in the letter in which I took responsibility for the action... a message to the people of Strymonikos that you are not alone, there are also others who may live 600 km away from you but they care. I sent my message. I was caught, because I made that technical error and I left a fingerprint, but even if there was no material damage at all the message was sent. And you received it, the state received it, but also the people of Strymonikos received it. I know that they are saying I am one of them, even if they have never met me. There is nothing better than that."

The full text of Nikos' statement can be found on the A-lnfos website (www.tao.ca/ainfos), or from Black Flag.

Ron Easterbrook is 69 years-old and serving a life sentence for defending himself against a police ambush (see 'Shooting to Kill' article, this issue). He has been on hunger strike since Thursday ii November 1999, in protest at the refusal of the Criminal Cases Review Commission (CCRC) to refer his case back to the Court of Appeal. Ron is in very poor health and there is a strong possibility that he will die before the CCRC make their final decision.

Ron has written from prison about his reasons, "I have decided to go on to hunger strike as I can find no other way to protest about my treatment by the judiciary, the Home Office and the Prison Service. I was convicted of offences of armed robbery and wounding a police officer in 1988. The offence was set up by a police informant and my co-defendant was shot dead by the police. The whole incident was filmed live by Thames Television. I was denied legal representation at my trial. My defence was that I had fired on the police in self-defence as when they opened fire, I was aware that my life was in danger as a result of the police's policy of 'shoot-to-kill'.

My defence team withdrew as they said that this was a political defence which they could not put forward. I was found guilty and given a life sentence even though there was no attempt by the trial judge to follow the normal procedures for imposing such a sentence. I tried to appeal the conviction and sentence and had to do this without legal representation. The Court of Appeal simply affirmed the trial judge's decision. After conviction, my prison file wrongly stated that I had murdered someone. I was told that I had a whole life tariff and was made a Category A prisoner.

During my time in prison I tried to protest my case. Although I did not resort to violence, I was faced by violence from prison staff. As a result of the continual abuses I faced, I undertook a lengthy hunger strike. Eventually, the Home Office agreed to reconsider my case. My 'tariff' or prison sentence was fixed at twelve-and-a-half years. Although I was pleased at this recognition of the earlier injustice, I was still angry that it was too long and that I should never have received the life sentence in the first place. I applied to the CCRC to have my case referred back to the Court of Appeal but they refused. They have taken the view that even though I never had legal representation, that my case is listed in criminal textbooks as not following the normal law and the strong arguments I have that my sentence is illegal, that I have no grounds for even my sentence to be reconsidered. I have no further avenues to take in the legal process. I am not prepared to apply for parole as I do not recognise the legality of my sentence and I believe I should be released automatically from prison. I have therefore commenced a hunger strike as I can see no other option available to me."

Please write to the: Criminal Cases Review Commission (CCRC), Alpha Tower, Suffolk Street, Queensway, Birmingham 01 7TT; or fox 0127 633 1823; mark letters for the attention of Ms Lee. Please make the point that Ron is elderly and in poor health, and urge the CCRC to make a prompt decision and refer his case back to the Court of Appeal without any further delay. Messages of support for Ron should be sent to: Ronald Easterbrook, HMP Highdown, Sutton Lane Sutton, Surrey 5M2 5PD. Email messages of support will be forwarded: [email protected]

Mark Barnsley has been transferred from Full Sutton to Long Lartin prison in Worcestershire. This is a punishment move as Mark is seen as a 'difficult' prisoner due to his support for other prisoners and making complaints against the harassment he has received from Full Sutton prison officials. Mark is a Category B prisoner but is being treated as if he is Category A. Mark's case has been submitted to the Criminal Cases Review Commission, but it is unlikely that it will be looked at for at least two years. In the meantime, 29 March is a day of action against the Criminal Prosecution Service (CPS) to demand that they hand over evidence to Mark and his solicitors.

All Khalid Abdullah of the Political Prisoners of War Coalition informs us of the case of Amelia Johnson, aka Bahiya Shakur, an Afrikan-American woman serving life in Texas. She allegedly kidnapped and murdered her husband, Darius Leon Powell. She was convicted on circumstantial evidence. The Court-appointed lawyer didn't interview any of the witnesses who could testify on her behalf. Other alleged witnesses were compromised by the District Attorney's office. Amelia believes that the DA knew she was not guilty but were desperate to obtain a conviction. The third prosecution witness was Amelia's son, who was accused of being involved in the crime and threatened with a life in jail unless he implicated his mother. Amelia advised him to blame her, if only to spare himself from a lifetime inside. As well as trumping up charges, the DA gave out negative press statements about Amelia, which the reporter involved later apologised for printing. Amelia is continuing to fight to clear her name, and would appreciate donations and letters:

The wheels of injustice grind slowly, and people are still being sent down as a result of J18 last year. As we went to press some cases from November 30 had already been thrown out and others were pending. Several of those jailed have already been released. The prisoners below would appreciate letters — but please remember that letters to prisoners are opened and read by prison officers so don't write anything that could jeopardise anyone's freedom. 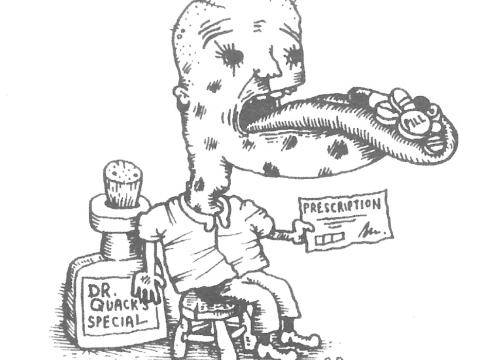 Workers and residents in Hackney, North London, are fighting a corrupt and incompetent council which has lost £26... £76... who knows how many… millions of pounds. Strikes, occupations and demonstrations have been the response to cuts and closures. There's more to come. Article from Black Flag #220 (2001)

Changing the way we think of Direct Action

The following essay is a subjective consideration of where the anarchist/direct action movement is and where, I feel, it might go. From Black Flag #222 (2002). 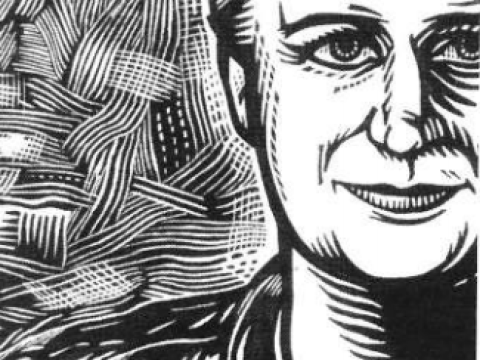