British Nazis in Spain
Religious 'charity' help finance a British Nazi settlement in an abandoned village in Spain
El Pais, Spain's largest newspaper headlined its front page on 14 November 1999, "English Nazi Group Buys Abandoned Village in Spain." The nazis in question, the 'International Third Position' (ITP), have bought Los Pedriches, 92 km from Valencia. It is a small hamlet of eight houses, of which ITP has bought seven from the original owners, who moved to the cities twenty years ago.

ITP is rebuilding the hamlet with a current permanent population of four, receiving visits from Spanish, British and other European fascist groups. 'St. Michael Archangel', a British catholic 'charity', contributed £7,000 towards the purchase of the town. The money is said to have come from charity shops in London. Spanish and European fascist groups had unsuccessfully tried to buy other villages in Spain, in the region of Aragon. It appears that the ITP intend to use the village as a safe place in which to meet, orga-nise, train etc. without police surveillance. They already own three villages in France.

This story was taken up by major papers in the UK but Larry O'Hara's magazine, Notes from the Borderland exposed the charity shops and the ITP plans over a year ago. A few months after publication the charity shop front angle was run in Searchlight and various mainstream papers -with no mention of O'Hara.

Notes from the Borderland can be obtained from all dodgy bookshops and from BM 4769, London WC1N 3XX.

This year anarchists will do something positive on Mayday in London, other than dutifully make up the (pitifully low) numbers on another boring march
Mayday 2000: "a festival of anti capitalist ideas and action" is an event aiming to continue the process of dialogue and analysis started at Bradford 98, and build on the energy of J18. There will be a four day festival starting with a critical mass and history walk on April 28, then on Saturday and Sunday a conference to bring together anti-capitalist theory and practice. Saturday will be a populist event with speakers and workshops and a bookfair which will try to reach people who may not usually go to a political conference so we can learn from each other. There will be films, music and many diverse events taking place in the conference venue and outside of it. Sunday will be a more structured series of workshops when we will look together at our lives and struggles, our history and the future. On Monday May 1st there will be a mass action where, armed with our new knowledge about the German Revolution and the theory of surplus value, we will bring about the revolution.

Mayday is attempting to bring together theory and practice in our fight against capitalism. There will be workshops on squatting, workplace organising, etc. and practical and artistic activities, along with comrades from abroad talking about struggles such as the Italian Autonomia movement. As we are fighting against alienation in all aspects of our lives, we are trying to break down the artificial distinctions between life and politics at Mayday and make the event a creative, enjoyable as well as productive weekend. But this won't happen without you! There are general meetings once a month but also subgroups including fund-raising, publicity, cultural events and more.

To get involved, there is an email discussion list at [email protected] or write to Mayday 2000, BM Mayday, London WC1N 3XX.

ABC UK Network Folds
The Anarchist Black Cross Network in the UK has folded due to burn-out. There were simply not enough ABC comrades to keep the network, prisoners lists etc going.

This is sad news for all class struggle prisoners. There are, however, several local ABC groups still supporting prisoners. Details of the ones we know about are on the Contacts page. The pamphlet `No Comment' and other ABC leaflets can still be obtained from Haven Distribution, 27 Old Gloucester Street, London WC1N 3XX.

As well as Haven, who supply books free to prisoners, the local ABC groups and individual prisoner campaigns a new network CAGE is being set up to oppose the prison building program, the locking up of asylum seekers and the prison state.
Contact: CAGE c/o 180-788 Mansfield Road, Nottinghamshire NG1 3HW; email: [email protected]

Rat Thrown Off by Sinking Ship
Nick Hudson, the odious editor of the Dover Express (see Black Flag 215 & 218) was sacked by his employers, Kent Regional Newspapers (KRN) in December 1999.

He was apparently not dismissed because of the racist filth he has consistently printed about asylum seekers, but because he wrote an attack on Hoverspeed (the operators of the hovercraft ferry from Dover), which led the company to make a forrnal complaint about him. We also understand that at the KRN Christmas party Hudson was involved in an altercation during which he received a slap from another member of staff. Hudson went storming around in search of witnesses but, strangely, no-one seemed to have seen the incident. 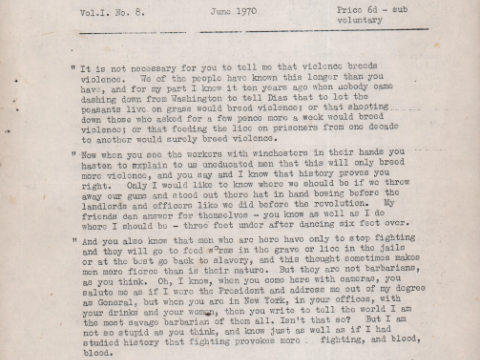 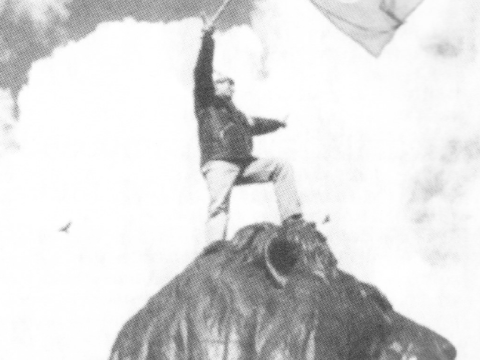 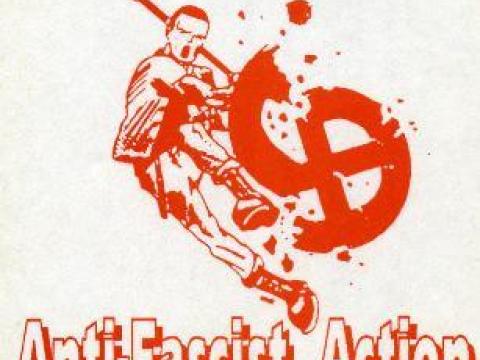