A history of the Socialist Labor Party (SLP) is long overdue. Started In 1876, it is the ancestor of the far better known Socialist Party (SP), ('Communist Party (CP) and innumerable leftist organizations; it was a major factor in the launching of the Industrial Workers of the World (IWW).

Despite this, it is comparatively little known and receives little attention from historians, especially the period after 1905. For them it may lack the glamour they associate with the IWW, the Socialist Party of Eugene Debs, and the Communist Party. Aside from a few recent biographies of Daniel De Leon, the major figure associated with the SLP, historical references to the party are usually written only as background for histories of other movements, and often the SLP and De Leon serve us villains in histories written from a partisan viewpoint.

The absence of the post-1905 SLP from books on labor history can be accounted for in part by its small size compared with the SP and CP. But another cause is certainly the political passions of the time. In 1912, Morris Hillquit, the foremost adversary of Daniel De Leon in the 1899 split in the SLP, published his History of Socialism in the United States which became a standard work influencing succeeding generations of labor historians. Moreover, these historians have lended to be members or sympathizers of organizations that were put off by the SLP's stance ("uncompromisingly revolutionary" or "hopelessly sectarian," according to one's viewpoint).

Yet the SLP with its alternative view of socialism had sufficient support to publish the first English language daily socialist newspaper as well as several foreign language periodicals, some of them lasting for generations. Its members distributed innumerable leaflets, sometimes several million in a year, and tens of thousands of workers attended SLP study classes and lectures on orthodox Marxism and socialist industrial unionism. After World War II, SLP candidates regularly outpolled those of the Socialist Party.

The following work is a condensed account of the history of the Socialist Labor Party in the U.S. Both authors are one-time active members in the SLP, occasionally serving as speakers, instructors and candidates for public office. Frank Girard was a member from 1947 until 1981 when he was expelled. He was a member of the party's National Executive Committee in the late seventies. Ben Perry joined the SLP in 1951 and resigned in 1969. He was elected to the State Executive Committees in Michigan, Massachusetts and Pennsylvania. We would like to believe that these experiences have been useful for this history and do not preclude our attempts to be reasonably objective. Both authors worked on all portions of the book, but Girard primarily wrote chapters one, four, five and seven; Perry wrote two, three and six.

oh man - a blast from my past. never joined, but was interested once, solicited even. read this book ages ago. thanks for the upload.

cheers, comments like yours are what makes uploading this material worthwhile

The authour actually went on to become an important member of Philadelphia Solidarity (ideologically in tune with the former London Solidarity group). PS in the later years were key in helping to found Wooden Shoe Books in Philly.

This little booklet is informative.

I knew Frank Girard. Passed out many an SLP leaflet with his son, Tom. Frank was a good comrade and socialist. Not many of them around.

I've updated the formatting on all of this.

Cheers, no it is not complete. The complete version is here
https://archive.org/details/slpus-history-girard-perry
The PDF is too big to upload here so it needs proof reading.
There are seven chapters with foreword and afterword and appendices.

Cheers, no it is not complete. The complete version is here
https://archive.org/details/slpus-history-girard-perry
The PDF is too big to upload here so it needs proof reading.
There are seven chapters with foreword and afterword and appendices.

Ah excellent, thanks. Will probably need to be split-up to upload it onto here.

Can you recommend any more texts on the history of the SLP, early American Marxism, etc.?

Cheers, no it is not complete. The complete version is here
https://archive.org/details/slpus-history-girard-perry

ah the internet. i had to go to the reading room at the NYPL and have it fetched and hand it right back.

Has jondwhite not mentioned the related short 1990 biography of Daniel De Leon by (ex-spgb member) Stephen Coleman in the Lives of the Left series?

Has jondwhite not mentioned the related short 1990 biography of Daniel De Leon by (ex-spgb member) Stephen Coleman in the Lives of the Left series?

Good call. Lent that to a comrade and never got it back.

I really appreciate this, I've been trying to get a copy of this since he passed when I was a kid, Frank was my great grandfather and sadly one of my great aunts held on to most of them and wont allow other family members access. Thank you!!

The SLP did not think well of the Coleman book. See second to last post in this short thread about De Leonism from the SPGB Forum: https://www.worldsocialism.org/spgb/forum/topic/de-leon-and-american-socialism . 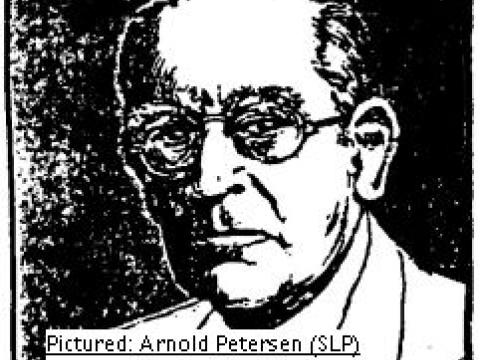 Pamphlets of the Socialist Labor Party adapted from https://library.syr.edu/digital/guides/s/soc_labor.htm 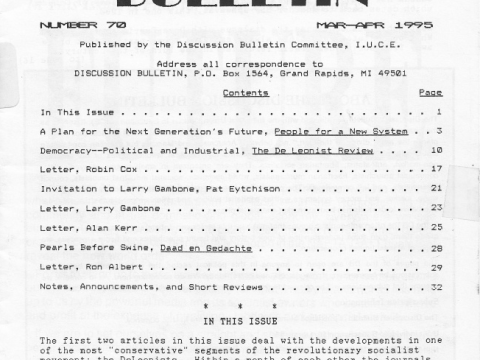 Discussion Bulletin edited by Frank Girard was published quarterly from 1983 to 2003. See also the publication titled The Libertarian Communist… 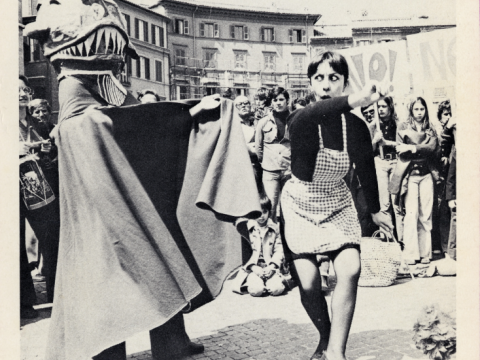