Leaflet of workers occupying the Ford Visteon factory in Enfield, north London. A ready-to-print copy is attached at the bottom.

We have occupied our factory Ford Visteon workers have occupied our factory since Wednesday 1st April. The previous day in a meeting lasting just 6 minutes we were told that the European company, with plants in Belfast, Basildon and Ponders End, Enfield, was going into administration and that we were to leave - without our wages being paid. Personal possessions could be collected the next day, but at 10 o'clock the factory was locked closed. Workers had already occupied the Belfast factory.

We demand what is due to us The 200 workers who are part of the Ford subsidiary want the same conditions they have always had via "mirror contracts" with the parent company. Up to now they don't know when they will get wages due, and their pensions are to be controlled by the government Pensions Protection Fund. This means a maximum of £9,000 payout, and much reduced conditions! Some of the women and men have 40 yrs service!

The whole situation has been created for news management - announce it during the G20 and it will get buried in the media. And this is largely what's happened. The move is to save Visteon USA money at our expense.

But unexpectedly Unite union members have taken determined action that bosses thought they had eliminated years ago.

The workers want their existing terms respected. Ford Visteon can't be allowed to avoid their responsibility. So far they have tried legal intimidation but have even managed to mess this up.

Negotiations have now started As a result of the occupation Visteon have agreed to negotiate with us, and our convenor will be flying over to the USA this week to meet US company reps.

As well as proper redundancy payments, some are suggesting that the skills of the workers who can make anything in plastic, should be used to make increasingly needed parts for green products - bike and trailer parts, solar panels, turbines, etc. Government investment in this rather than throwing money at bankers could be profitable & save jobs in the long term.

All support welcome Ford Visteon workers have been pleased at the support received from other Ford plants as well, such as Southampton, who are blacking Visteon products. 100s attended our rally on Saturday..

Please come to the factory at any time (especially 12 noon) to show us your support. Get your Union branch or organisation to pass a resolution in support. Help raise money by doing workplace and community collections, and drop in...

Messages of support to those inside: visteonoccupation [AT] googlemail.com

This is a fight we can win. We're off our knees and fighting fit! 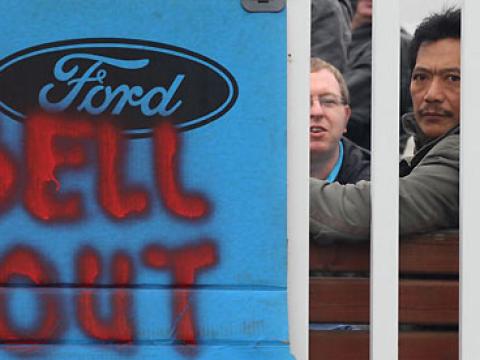 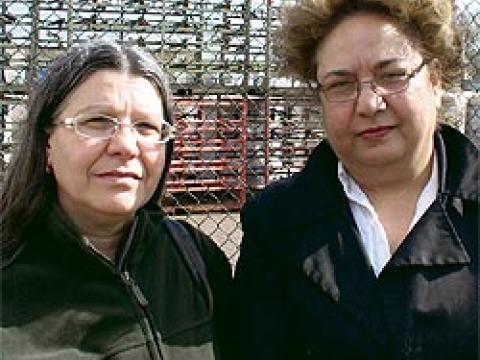