The workers have vowed to fight on until they get their contractual entitlements. Supporters are urged to donate to help the ex-employees continue their struggle, visit the occupied Belfast plant and assist with picketing the Enfield plant, which had its blockades strengthened following the announcement.

The London daily News reported that the industrial action stated in Belfast but spread to London after workers were given five minutes notice and told they would receive 'basic' redundancy packages.

Union officials spent the week thrashing out an agreement - but Ulster representatives said they were not being brought in for the discussions.

Visteon Corporation has said most employees would receive a cash payment equivalent to 16 weeks pay.

A Unite union spokesman called the offer "derisory" and that it added "insult to injury."

150 were dug in at Visteon plants in Basildon and West London, refusing to budge until management enhance redundencency deals.

580 jobs are set to go at the three factories.

The workers said they were given guarantees on pay and conditions when the company was split off from Ford nine years ago and will only leave when they are offered an adequate deal.

Visteon UK employed 173 staff at the Basildon plant, 227 in Enfield and 210 in Belfast.

The wider group has a 33,500-strong workforce and operations in 27 countries.

The union claims the company's former owner and main customer, Ford, had promised contracts which they now want to see honoured.

Union representatives originally asked workers to hold off on a threat to picket Ford showrooms but several were 'secondary picketed' over the Easter holidays and since the homes of managers have been targeted.

"Since 2000, Visteon has been an independent company supplying parts to Ford. Ford has no contractual or other responsibility towards the Visteon UK workforce. 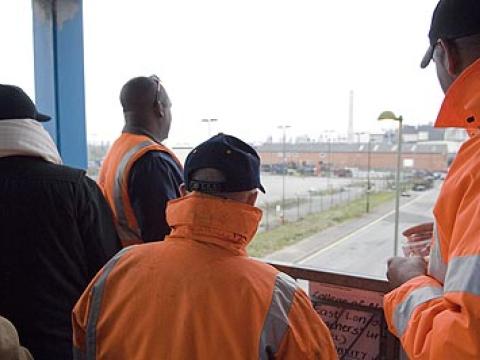 Sacked workers from the car parts firm Visteon have been occupying three factories across the UK since Wednesday.
Image 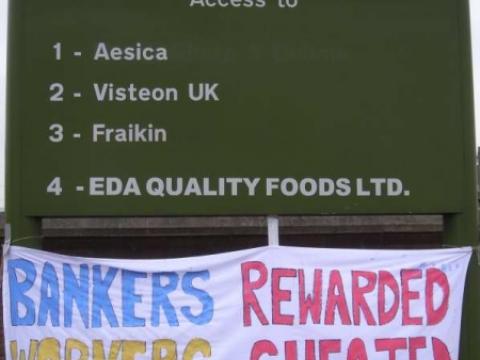