On 26th July two local anarchists are to be tried at Huddersfield Magistrates Court after they were arrested at an Anti-Bedroom Tax demonstration on 6th April this year. The arrests occurred after the pair were involved in an peaceful occupation of Barclays Bank in protest at the corruption of the banking system which caused austerity.

Alan Brooke and Robin Von Mickwitz pleaded not guilty to the Public Order charge levied against when they were in court in April after they were arrested at the demonstration.

In 2012 Barclays was fined £290 million for insider dealing and yet still paid £1.9 million in bonuses to top bankers.

The banks gambled with their money and the tax payer bailed them out to the tune of billions yet working people are been forced to pay for this with job losses, benefit cuts and tax rises, whole sections of our community are been pauperised whilst the bankers and politicians grow fat at our expense.

Already the Bedroom Tax and cutting of the Council Tax rebate is further pauperising people who are on benefits. It’s a disgrace that the government can get away with causing such hardship to whole sections of the community through welfare reforms and then when people use peaceful direct action to resist the establishment then they are hauled through the courts.

A demonstration is planned at the Magistrates court at 9.30 on the 26th. in support of the two. 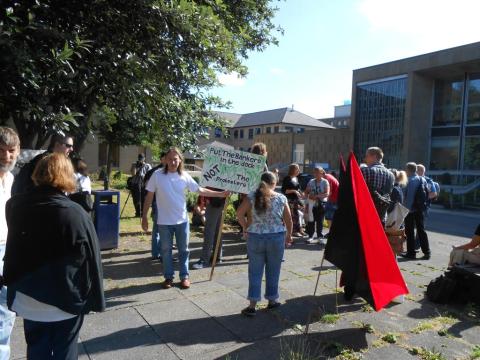 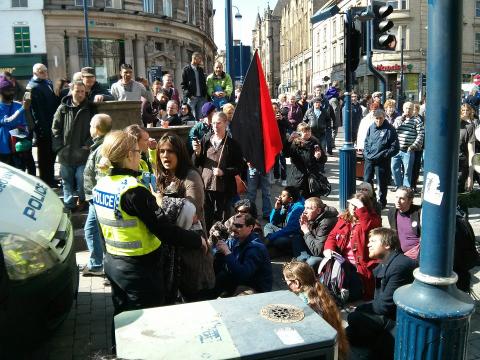 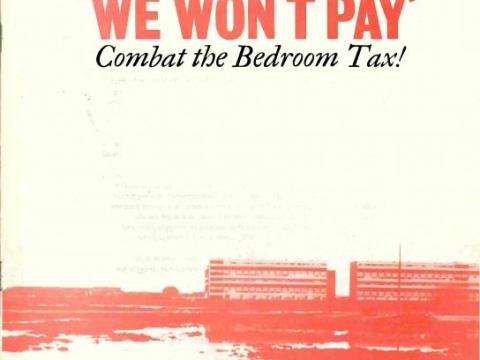 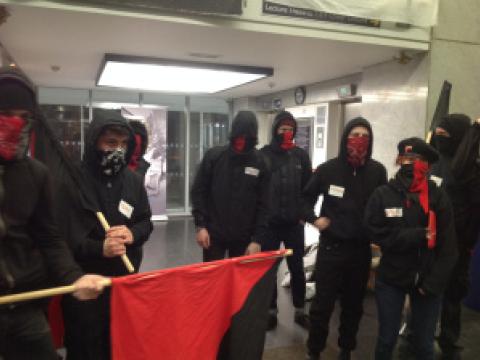