Two more members of the Popular Assembly of the Peoples of Oaxaca (APPO) have been murdered by supporters of Governor Ruiz, bringing the total to nine.

Gunmen loyal to Governor Ulises Ruiz Ortiz have stepped up attacks on those involved in the mobilisations in Oaxaca, killing two members of the APPO, taking the total death toll to 9.

On October 18th, Pánfilo Hernández, a teacher from the Zimatlán sector, was shot three times in the chest from a car as he left a community centre. He died from his wounds at a nearby hospital. An APPO 'mobile brigade' then apprehended a police officer and charged him with the crime, but he was subsequently released.

Four days earlier, Alejandro García Hernández, another member of APPO, was shot dead by a soldier, dressed in civilian clothes, who reportedly shouted "Viva Ulises Ruiz" as he killed the man.

Intimidation is ongoing, with APPO leader Adolfo López Ortega also reporting that he has been followed and filmed by the governor's supporters and also received death threats. Reportedly the men following him were from the CISEN Intelligence Agency, and were driving a car with Mexico City number plates.

The local section of the teachers' union are currently discussing whether to end their strike, which precipitated the uprising in Oaxaca. The union is currently consulting with its membership, with APPO members urging them to continue the struggle, and all determined that Governor Ruiz must go. 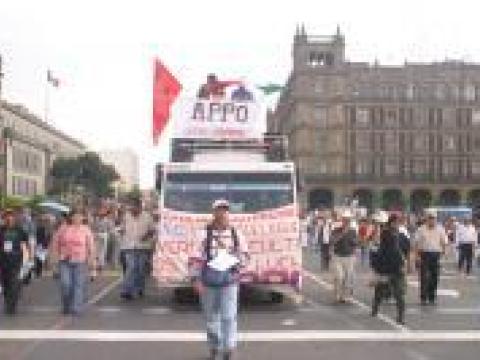 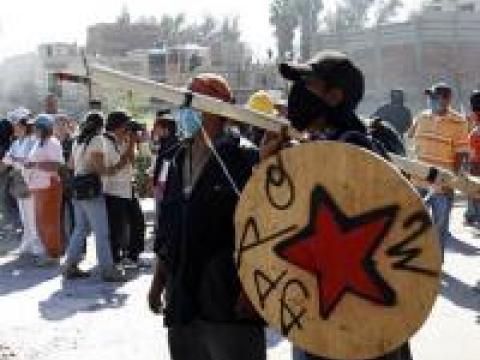 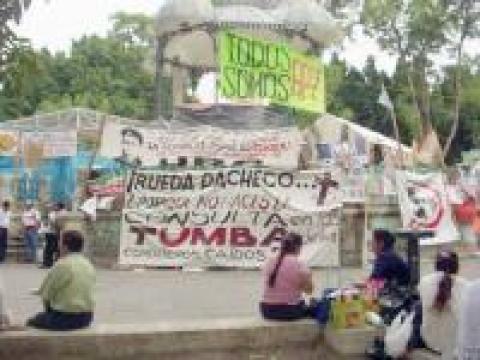 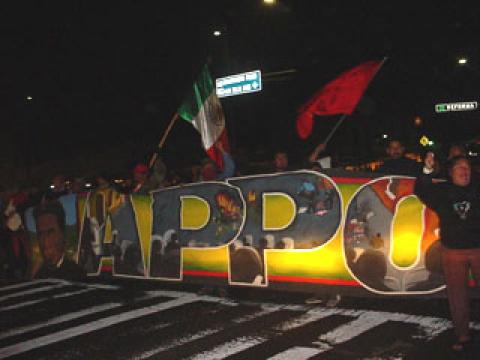