Call centers are a new form of low-paid office-work organized after industrial patterns that are growing quick. The »callcenterification» involve unstable work-relations, but also new conditions for struggle, which are challenging to analyze. It is therefore meritorious of the German group Kolinko to have written a book where they document their three years of investigation of work in a ten or so call centers. A critical review of the book also inspires a deepened discussion on the concept militant inquiries as a method to analyze the class composition and the tendencies to communism and »Aufhebung» of the capital-relations which already is present in the working class struggle.

In the book Hotlines, the German group Kolinko is documenting their experiences from three years of inquiry of working at a dozen call centres. Needless to say, their initiative is very welcome. The rapid spreading of call centers and precarious labour conditions is indeed a challenge in itself to investigate, along with investigations in possibilities to struggle that the changes in the class composition creates. Kolinko’s effort is inspiring for us in Sweden mainly because they take seriously inquiries in workplaces and also manages to spread their experiences internationally. Their critique of politics of representation works perfect as an antidote for tired old leftism. One of the fundaments of this critique is an immediate consequence of the theory of class composition that they presented in an earlier issue of riff-raff (#3-4, Class Composition): while the composition of the working class is always in motion, the traditional labour movement is built of firm forms of organization from determined blueprints, that almost at once make them institutionalized and outdated. All kinds of organized representation of the workers’ interests works as mediations in the class struggle, and passivize the self-activity, neutralize the self-confidence and get more or less a function as a disciplinator.

Kolinko is rather negative when it comes to the possibilities for struggle. Despite their effort to analyze reality in all its contradictory totality, their focus still ends up in focusing almost exclusively on the limits of the struggles. This can partly be explained by the fact that the working class struggle today is not very developed. The low level of struggle in call centres, when everything comes around, is not very surprising considering the class composition at plant level is marked by individual work tasks with a great part of short-time employed, whom of many are students working extra.

But really, who want to listen to a profound presentation of the present conditions and your own shortcomings? Is a set of objective facts enough? One common reaction to Kolinko’s general political leaflets among their workmates tells you a lot: »OK, so what? We know that already. What can we do?»

It is right here that Kolinko’s method of inquiry displays its most important shortcoming. The political and methodological perspective makes the participants in the inquiry think of themselves as separated from the rest of the workers at the workplace. The well-founded and strong critique of the idealist over-determination of their own role in class struggle of Leninist inspired parties, and the parallel under-estimating of the independent struggle of the working class, has been overdone and become its anti-vanguardist opposition, mirroring what they initially attempted to demarcate against – what can be summed up as an external perspective. Kolinko limit their participation to the workers’ collective mainly to observe, analyse and comment, what obviously get consequences for the conclusions drawn from the collected material. In a science theoretical sense they are following a positivist tradition with an obvious distance to the object of their study – the working class. One participant to the aut-op-sy mailing list commented, somewhat sour, but pretty good hit the target, that Kolinko’s method of research of the class composition was like learning to swim off water.

Many people have stressed that efforts to real militant inquiries, however not labeled as such, are happening rather
naturally in every workers’ collective or base organization whenever they are facing actual conflicts.

The central point should be to show how the actually existing struggle may be developed rather than to burst out lamenting its isolation and that it only reproduce the capital relation. It is not about glorifying some contingent workplace activity in order to, in words of triumph, legitimize this or that of the l eft organizations. We must have as our starting point the actual and already existing practice that break the reducing of our lives to labour force in the form of variable capital, however partial and limited this practice may seem. Struggle will always be limited as long as capitalism remains. Thus we must be »revolutionary optimists», just like C.L.R. James. Our focus should be the communist tendencies within the struggle of the working class. Where and how is the communist movement expressed? What material base has this movement? How can it be developed?

Our starting point in our analyses must be the actual struggle of the working class, and for this theory to become revolutionary it must be put in an organic relation to practice. The dialectical process of knowledge, theory-practice, is the life thread of every reasonable use of the theories of Marx. Everything else runs the risk of add to alienation and the capitalist division of labour from a bourgeois notion of theory as something autonomous from practice. That in its turn is a common reason why too many a l eft group is leading an isolated and fading life.

In the last issue of Aufheben (#12-2004) Kolinko’s perspectives are criticized. Their strongest point is that Kolinko has an external perspective. Aufheben stress therefore that Kolinko quite the opposite from what they claim are reproducing the Leninist imposition of class-consciousness from the outside (and thus inevitably fail...).

Aufheben is not only critical to Kolinko’s specific application, but rather choose the easiest way and cut the entire concept of militant inquiry as such. They stress that it by definition is all about external perspective/interventionism.

The Potentials of Militant Inquiry

After all there is lot to bear fruit in the concept of militant inquiry in analysing the class composition at the workplace and the
struggle you participate to. (I.e. »militant» in the sense that theory and practice is tied together, in accordance with Marx’s method, to rely on the oral, informal, and experience based production of theory already at work within the class.) Kolinko’s
distanced »positivist» perspective with interviews tends to be a mere touristing in life that hits wrong. Because there is no
neutral spot when you wage slave, and you inevitably have to participate to the informal groups in the workers’ collective.

Kolinko seems to say that we, the »revolutionaries», shall limit our initiatives to do interviews and spread leaflets as
some sort of a propagandist mentor for the working class. But, obviously, we must make the best of every situation to push
our positions forward as parts of the workers’ collective (and not as isolated »activists» or »revolutionaries»). Thus, at the same time it becomes natural to strive for improving the analytical tools at hand already today.

Ongoing attacks on radical workers’ collectives you get 13 on every dozen, when you look back on the past few years – the threat of reintroducing of transmission- belts at Volvo LV in Umeå where the local union have a strong position, the closure of local social services and the bakery Stockholmsbagarn with the »radical» local branch of the union Livs2, the unionist DNEX print-worker3 who got fired after being accused of go-slows, and Skanska’s threat against the construction workers at Götatunneln4, this time again with accusation of go-slows during the local wage-negotiations. There are always underlying trends, patterns that exceed the single isolated cases. The key to a correct analysis of the forces of power and the possibilities to a more offensive approach lies in looking for the working class got common. Not as general principles, but concrete links between different sections of the class in and off the immediate process of production, both when it comes the development of the conditions of work from the organization of work and the struggles that are waged. There are no shortcuts to unity-from-below, rather our own strength must be created through struggle and a living discussion on theory and practice.

One contribution to this is the discussion initiated (at least in Sweden, transl. note) by Kämpa Tillsammans! (»Struggle Together!») on »faceless resistance» and inspired by militant inquiry as a method. Through theoretization of practical experiences some conclusions have been drawn on the informal class organization and its material base. These conclusions have been tried i.e. in the restaurant sector5 and in health care (the »white factory»), and continuously being discussed in different circles. Hopefully these discussions will generate more texts for future issues of riff-raff. At the same time, we must be aware of that the discussion and practice of militant inquiries hardly has left its baby stage, and so still carries some infantile diseases important to criticize.

Our comrades in Kolinko are worth all respect for having produced a solid foundation, a thorough and inspiring preparatory
work for militant inquiries in call centers and similar workplaces that they present in an honest way without concealing their
shortcomings. They also have defined the questions at stake during the course of their inquiry, in favour to the continuing
highly prioritized international discussion on the bearing theme of Hotlines; militant inquiry, class composition and
communism.

1. This is a preliminary translation of a review article in riff-raff #6 (2004), containing the last part dealing with the critique of the object of the review; Hotlines by the German group Kolinko. The first part – that we hope to be able to translate too – deals in short, and general, particularly with call centers in Sweden, translators note.

2. The union of the food-workers in Sweden. Their local union leader at Stockholmsbagarn, Frances Tuuloskorpi, is a (in-) famous symbol among capitalists, lefties and unionists of a »fighting, grass-root» union leader, and runs her (own) Maoist-flavoured strategy »the Grass-root line within the Union».

3. At a print-shop in Stockholm. He »lost» his job, but got money as compensation, with the help of his union Grafikerna, The Graphic Workers’ Union

4. One of the biggest building companies in Sweden, and their project of building a road tunnel in Gothenburg.

Another review from a call centre worker and member of The Commune here: 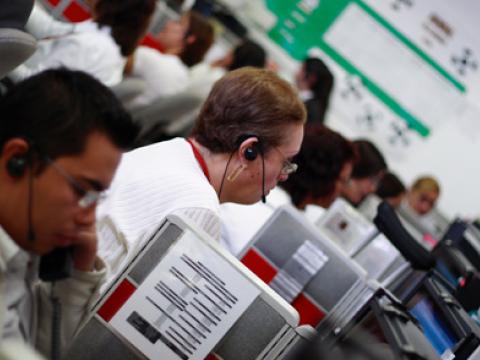 A brief account of a nationwide strike of telemarketing workers in Spain to establish a collective contract in the sector.

Information about various workers' struggles in and around Poland, including strikes by seamen, railworkers, car and telecoms workers in 2005.
Image 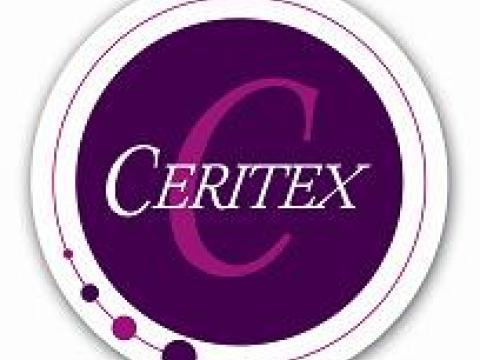 A brief chronology of a large strike at call centre service company Ceritex B2S in France for a pay increase.
Image 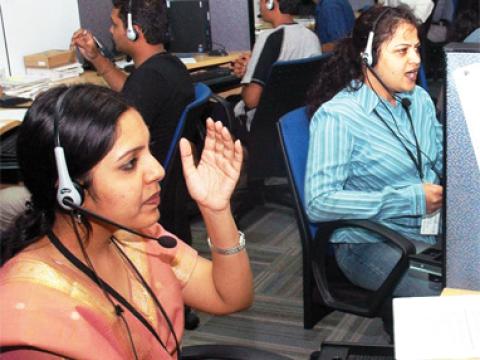