In recent months, there has been a well-publicized tiff within the British law enforcement community. The buggers of MI5 (part of the military) are short of work following the collapse of the Soviet Union, and are trying to muscle in on police work such as chasing the IRA. MI5 justify their increased involvement in Irish affairs by the fact that the Special Branch (part of the police) are obviously too stupid to beat the IRA. This in turn means that the Branch have to justify their employment by finding other supposed threats to chase. We recently discovered definite evidence of interference with our mail. We suggest that correspondents try to use false names and addresses, and use box numbers or apartment blocks which receive their mail in a common collection box.

As we go to press, the situation in Yugoslavia is suddenly making headlines, though nothing much has changed in the last year. It appears that the world ruling class are preparing for war, but in spite of the media barrage of manufactured atrocity stories directed against Serbia, calls for full-scale military intervention are being frustrated by diagreements among the more powerful capitalist gangs. In spite of the historic importance of Britain's recognition of Croatia, which was the first time German interests have dictated British foreign policy, the EC is still a long way from a unified 4th Reich. Differences among its members are at least as important as differences between them and the US. So the Balkan war has not turned into a struggle between the US and the EC. The New World Order is holding, in fact the Yugoslav crisis is part of it. Whatever their differences, all the capitalist factions involved have an interest in the war: the millions of refugees are useful to capitalism, because they can be used to keep wages down. War keeps the working class desperate, divided and easily exploited, both in the immediate war zone and in neighboring countries. This must be the starting point of a communist intervention against any new UN crusade. We are unable to be more specific at the present time.

Come hither, comrades, with your six-packs of ale,

To sneer at our rulers and see how they fail;

On the lives of the rich pile a mountain of grief,

that bring us relief!

So fill up a glass,

For their ways shall soon pass;

When they're dead we'll remember their stink

John Kennedy's brains were red, so they say;

But what's their spilt blood when we're happy and gay?

I'd rather help slaughter the rich while I'm here,

Than be passive, hard-working - and dead half a year!

On their graves we shall piss;

In hell there's no bosses or time-clock like this!

Is now in a bag on the autopsy table,

So fill up your glasses, drink, laugh all around

Better them dead in boxes than us under the ground!

And that crime is a blast,

Give 'em six feet of dirt - they're not likely to last!

In nights filled with riot and burning and shooting,

This city's been conquered by arson and looting!

Social unrest is sweeping the nation,

There's a pig-roast down at the old police station

So let's give a hand

To a mutinous band,

On top of The Man! 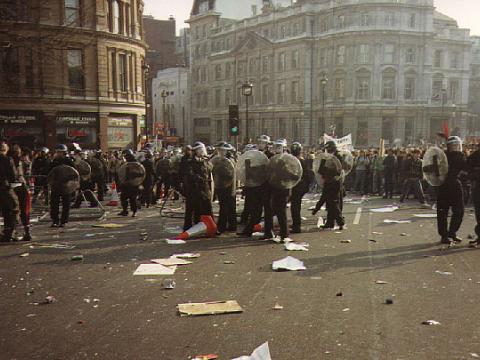 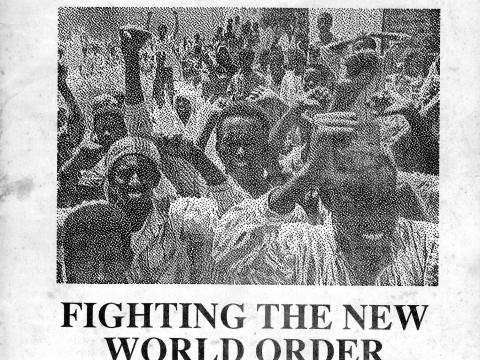 Issue 17 of Wildcat (UK). We do not agree with all of its contents (for example the views on journalists in the article on Somalia and the anti… 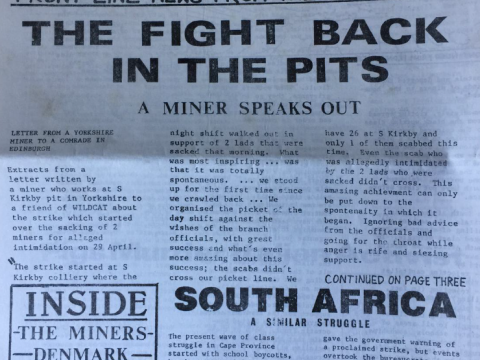 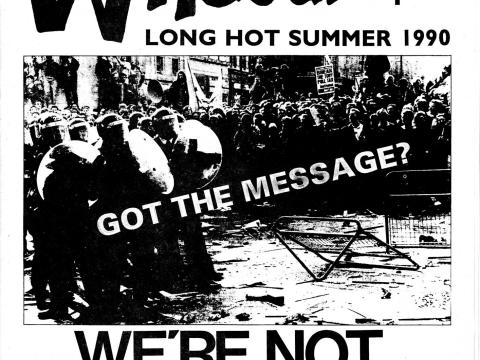