In the wake of the violent attacks on Kennedy Road in September, Abahlali baseMjondolo has once more been carried into the media spotlight by a whirlwind of vitriolic criticism and impassioned defence.

The ferocity of this exchange exposes not only the base injustice of those attacks, but also a broader battle for the soul of South Africa. This battle is waged over conceptual and material issues: the political space for opposition; the role of citizens in a democracy and service delivery to the country's poorest citizens.

In a country characterised by gross inequality, 3.6 million citizens live in informal settlements.

Often, these shack-dwellers are cut off from basic services of water, sanitation and electricity; unheeded in their call for ambulances or police help and exposed to the threats of floods and fire.

Fifteen years after the end of apartheid, many are left to wonder when their promised land - the new South Africa - will arrive. The range of rights embodied in SA's constitution seem as distant as ever.

It is in this liminal space of citizenship that Abahlali baseMjondolo operates. Its diverse membership draws people who are disenfranchised from many of the services and promises the state has offered.

Abahlali members join to fight for dignified citizenship, claiming their constitutional right to sustainable housing. In doing so, they have pushed the state into a position of uncomfortable self-reflection, challenging the complacency (or complicity) of those who seek to live off the laurels of the anti-apartheid struggle without delivering the promises which 1994 held for the most disadvantaged South Africans.

Abahlali is not perfect. Nor does it pretend to be. It is as dignified, beautiful and flawed as the humanity from which it is drawn. But it is neurotically democratic, impressively diverse and steadfastly self-critical.

In the 10 weeks I spent with the group on fieldwork, debate and discussion was relentless, at all levels. Women's camps, Youth camps, camps with the Poor People's Alliance; community meetings, Fire Summits, AGMs, the list goes on ... slipping out of one all-night meeting at 4am I cradled a chicken burger in Sydenham before dragging myself home to bed.

Much of my time with the organisation was spent in Motala Heights, Joe Slovo and Kennedy Road, although I visited many other settlements. While Abahlali baseMjondolo is fighting for housing and the right to shape their future as dignified citizens, each individual settlement democratically deals with local issues.

The community at Motala lies on the far side of Pinetown, stretching between a largely Indian settlement of tin shacks and shacks for blacks, which cling to the side of a nearby hill.

Driven by courageous women like Shamita Naidoo and Louise Motha, the community has fought off evictions and attacks from the local capricious landlord. Most recently, a member of the Abahlali Youth League, Bongo Dlamini (who tragically died last month) built a much-needed creche for the children of Motala.

Joe Slovo lies just beneath Lamontville township. Just visible through the trees beyond the houses, the N2 flows into the city. Mama Kikine and Busisiwe Gule have seen the settlement change beyond recognition over the past few decades. The initial shacks were hidden among the foliage and tolerated by nearby houses, who offered shack dwellers ad hoc work. Numbers grew as locals came to escape the violence in the nearby township.

Most recently, the settlement was upgraded, as "matchbox" government housing replaced the original shacks. As with many projects, however, allocations were skewed by corruption and confusion.

Several residents still carry slips bearing the promise of their new houses, where others now live. Despite contesting the allocation in court, these residents are forced to remain in their shacks, under threat of eviction.

Mama Kikine's back is marked by the six rubber bullets fired while she ran away from police, who opened fire on a peaceful protest for housing.

Track the N2 into the city and you will find a much larger informal settlement, stretched between intersecting highways in central Durban. Now infamous, because of the recent attacks, Kennedy Road is home to around 7 000 residents.

The creche, community hall, and Abahlali head office were the beating heart of this community. Abahlali's computer was often commissioned to write up CVs and job applications for the local community. In their library, books from political giants mixed with community poetry, writing and films.

The vast concrete community hall, built in the early 1990s, was packed out at least once a week by community meetings, with latecomers struggling to stand at the back or spilling out into the fenced banks outside.

Meetings tackled crucial but controversial topics, including settlement expansion, waste collection and shack fires. Contestation was fierce and long, decisions were made and unmade, ideas were tested.

Elections in Kennedy Road, for Abahlali baseMjondolo and the Kennedy Road Development Committee were similarly squeezed for space.

Myself and two others acting as independent monitors watched as the group nominated three candidates for each post, counting the votes that were subsequently cast.

Allegations have been flying in the recent furore that the KRDC or Abahlali are undemocratic bodies, that the leadership has been self-imposed (or at least self-sustaining) in these communities. That kind of mud is easy to sling but it will not stick on the organisations or individuals who I met.

The leaders of both organisations were tired. Their reluctance (or refusal) to stand for re-election was not born from any false modesty. It was the product of a weariness that stemmed from months (and sometimes years) of endless duties, keeping them from their families and their beds.

One such reluctant leader was Lindela Figlan; totally committed to his community and totally exhausted by the end of his year as head of the KRDC. During the celebrations at his re-election I shook his hand in congratulations ... "ah yes, but Sarah" he said, exhausted, "how am I going to get through another year?"

Lindela's words now appear depressingly prophetic, given the violence that has driven him and others from their homes. In my recent M Phil thesis, I had written of the increasingly co-operative, constructive relationship that was being built between Abahlali, the KRDC and key members of the municipality.

The nascent dialogue being established was a symbol of hope; a sign of what a new South Africa, with all its complexities, could be.

The eruption of fear and the fracturing of lives that has followed the attacks in September are a stark reminder of the past from which we hoped we had escaped.

# Cooper-Knock is a PhD student at Oxford University who spent nearly three months in Durban studying relations between informal settlements and the municipality.

Taking Poverty Seriously: What the poor are saying and why it matters

Article based on interviews with South African shack dwellers about their views of what constitutes 'democracy', stressing the need for those in struggle to set their own agenda rather than have it set by professional activists. 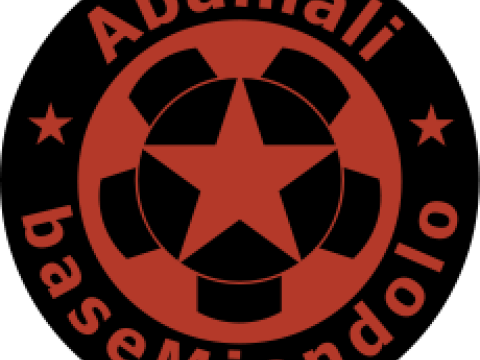 Statement in support of Abahlali baseMjondolo

Statement by Noam Chomsky, Slavoj Zizek and others in support of Abahlali baseMjondolo