Libcom.org's reading guide on anarchism, anarchist theorists and their development through history.

French mutualist philosopher and first person to call themselves an ‘anarchist’.

Legendary French anarchist who held a leading role in the Paris Commune and played an essential role in building the anarchist movement across Europe at the end of the 19th century.

Russian revolutionary (as well as scientist, zoologist, geographer and evolutionary theorist!) who was the first to advocate a communist society free from central government and based on voluntary associations between workers - anarchist-communism.

American anarchist-communist labour organiser and founding member of the Industrial Workers of the World of mixed African-American and Hispanic heritage. Known for her powerful public speaking, she was also the widow of Haymarket Martyr, Albert Parsons.

Highly influential Italian anarchist-communist who wrote and spoke widely across Italy and spent many years either in jail or in exile.

Lithuanian-born Jewish anarchist who emigrated to the USA, where she became highly involved in radical unions, anti-war and feminist activism. Became known as "the most dangerous woman in America".

Lithuanian-born anarchist-communist Alexander "Sasha" Berkman, who became a leading figure in the American anarchist movement and was sent to prison for attempting to assassinate Henry Clay Frick, the steel boss responsible for the deaths of workers in the 1892 Homestead strike.

Prominent anarcho-syndicalist who organised extensively amongst the Jewish community in the East End of London.

Ukrainian anarchist-communist who led a revolutionary army during the 1917 Russian revolution which fought against both the old Tsarist regime and the new Bolshevik one.

British anarcho-syndicalist print worker who fiercely opposed individualist strains within anarchism and was a major figure in the British anarchist movement.

Nice glad you are putting these up! I wish these existed when I first became an anarchist. A lot more to chose from than just the @FAQ

A quick question though, is anything missing? I get the feeling that maybe Malatesta is a bit thin on the ground but I don't know his stuff well-enough to say what should be put in..

For Malatesta I'd just add his Anarchism and Syndicalism, At the Cafe, and Between Peasants

Malatesta: His Life and Ideas
http://zinelibrary.info/errico-malatesta-his-life-and-ideas

The approach you have taken is interesting and accessible, I would raise three things; could and should Collin ward be added?, the AF's Basic Bakunin should be listed, and Fabbri's poverty of statism is probably the best introduction I have ever read and it should be listed somewhere.

Yeah, Colin Ward should probably go in.. only problem is that the only thing by him I've read is 'Anarchy in Action', ten years ago, and we don't even have that in the library.. not sure about the other libcom lot, but I don't think they've read much by him either..

If you fancied, you could edit in a list of a few important Colin Ward books, with little descriptions and putting links to the ones we've got in the library.

Fabbri and Basic Bakunin; I like Fabbri a lot, will have a look at him to see if maybe he should get his own inclusion.. not sure that Poverty of Statism is that great an introduction.. a good text, yeah, but I'm not sure I'd give it to someone as a first read. Might stick in Basic Bakunin though..

Just added Makhno, btw.. don't know how that got forgotten!

Actually "Anarchy in Action" was my real introduction to more serious anarchism, after I read Crimethinc, so highly suggested that at least get in there. It has to be pirated on the internet somewhere by now right?

What have mutuals and co-ops got to do with class struggle anarchism?

Well, if you're going to add that, I just put it in the library http://libcom.org/library/anarchy-action-colin-ward

The Philosophy of Poverty

The bloody book is entitled System of Econonic Contradictions! the Philosophy of Poverty is th sub-title... Extracts of this, and other works, by Proudhon can be found on the Property is Theft! webpage

What have mutuals and co-ops got to do with class struggle anarchism?
They are part of anarchism history and can inspire action: you must expect people to be abel to read critical.

This is very useful!

I wonder if you could expand this reading guide into an introduction that includes multimedia etc? There are some movies that convey anarchist ideas quicker than some of those quick large books. You could also include some anarchist sci-fi etc and other fiction. It all depends on the purpose. If this is a reading list for those who are already keen on reading long text, then it works really well.

The first section aside, and not to dismiss the important of the works listed, I always feel mainly having anarchists from those generations makes anarchism look like its not for this century. Guerin's, while being more contemporary, largely basis his work in the same historical period. I wonder if there should be a separate general section for important articles from more modern anarchists, but who may not have enough articles to justify a sub-header on their own.

I think it's always good to have intros that meet two needs: the new and not yet captivated and the deeply committed, those with short attention span and the hyper-focused, the skimmers and the wallowers. Perhaps make a recommendation from each author and then further reading?

And a final suggestion, which I've made elsewhere for this site itself, what about a summary of different relevant topics? More people come to anarchism because of a particular issue than because of anarchism itself. How about some areas with the best introduction on those issues and some articles on particular instances of the issue, i.e. war and palestine. Some other topics could include workplace organising, climate change, poverty etc.

Keep up the good work!

There are a lot of good suggestions on this list too.

I'd really recommend the following Colin Ward books. Great accessible introductions which I often recommend to people just starting to learn about anarchism, but for whom more explicitly confrontational class struggle anarchism might initially put them off. Good tasters of what anarchist ideas look like when applied to everyday life.

Just as a heads up: I updated this last night to include more thinkers but also some other recommended texts and significant anarchist organisations.

As before, let us know if there are any glaring omissions (bearing in mind that there is also an anarcho-syndicalism reading guide).

Edit: some of the obvious things that are missing are things like texts by/about Proudhon and Louise Michel. Any help getting those on the site would be much appreciated!

These essays always my senses tingle and my brain activate! Been trying to collect them all in a readable, organized format, and have been putting everything here: https://www.revoltlib.com/

It's nice not only to have the written materials themselves, but images, tags, comments, descriptions, etc., and I hope that I've provided some value with that. Cheers!

Libcom's guide to further reading around the subject of anarchism. 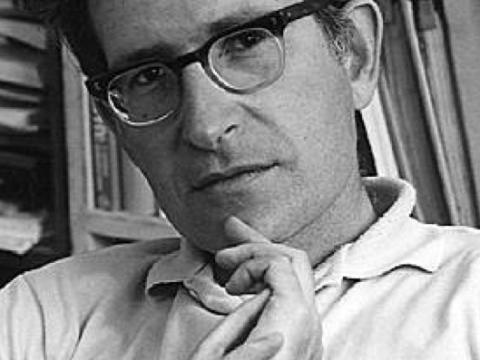 Noam Chomsky is such a prolific writer that it is hard to know where to start when reading his writings. What’s more, useful criticisms of these… 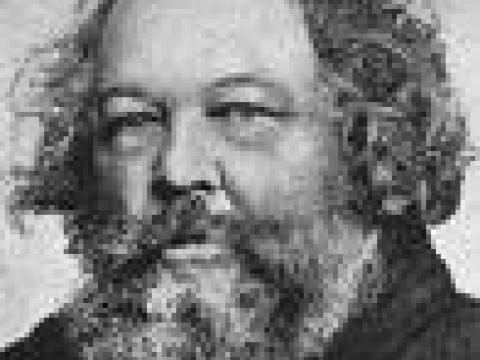 Letters from Bakunin to Herzen and Ogareff, from Correspondance de Michel Bakounine, published and prefaced by Michel Dragmanov, 1896, Paris,…